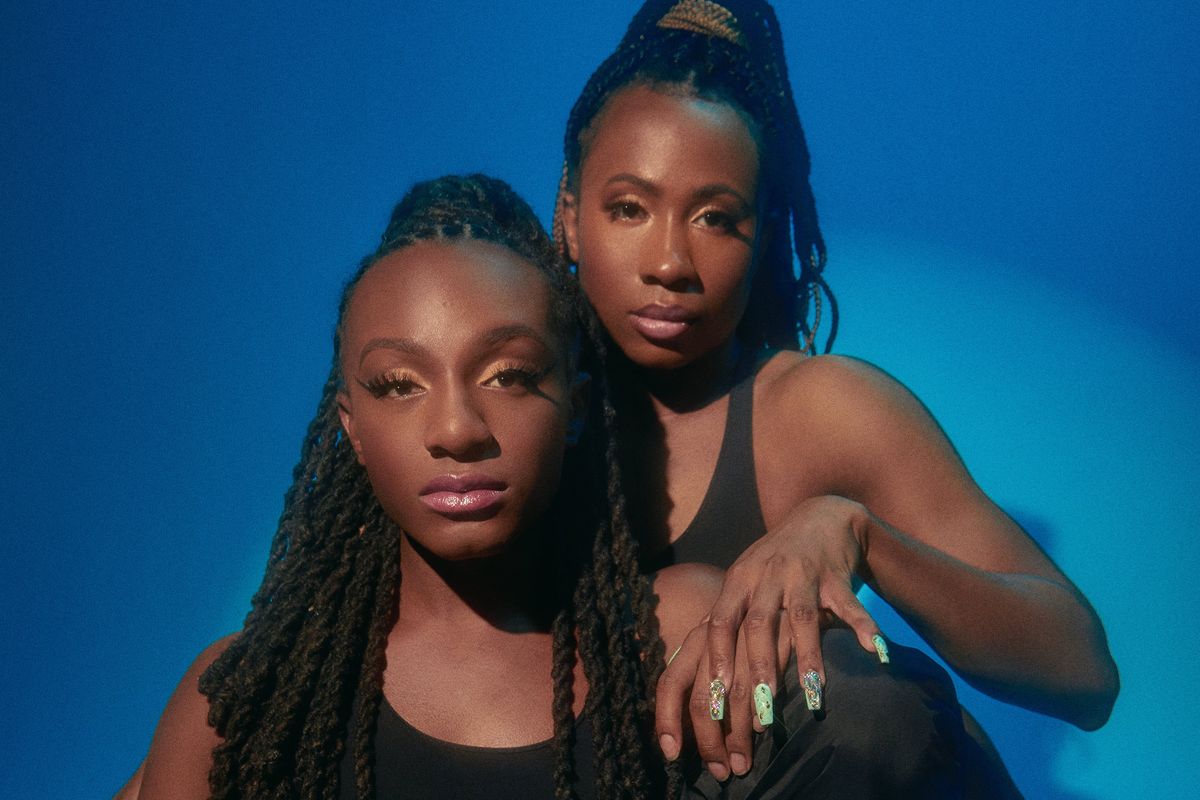 For the Gworls Party's Asanni Armon Talks With Joshua Allen

2020 has been one for the history books, to say the least.

In the first half of this year we've endured an unprecedented global pandemic in the novel coronavirus, historic levels of unemployment rivaled only by the Great Depression, the deadliest year on record for trans people of color and relentless Black Lives Matter demonstrations that are being canonized as some of the largest documented protests in US History.

This moment has also given birth to a new class of leaders who are responding to the massive issues facing our generation.

I sat down with Asanni Armon, a Brooklyn-based rapper, community organizer and founder of For The Gworls Party to discuss this historic moment in American history, and to celebrate the major contributions of Black trans and nonbinary young people to our generation's freedom struggle.

Last year, you created an organization that provides rent relief and healthcare support to Black trans women and femmes. What inspired you to start For The Gworls?

I started FTG because two friends were facing eviction and needed assistance paying their rent. A friend of mine at that party told me I should try to continue to do this long term after just helping those two people. At the time I was weary because I was starting a new job and was unsure if I could commit so much time to a monthly party. But in the back of my head I knew there was potential for this to be a big thing, even if it was just in the Brooklyn area — to help the Black trans people that I know. I never foresaw it becoming this international thing where we help people around the world, but I knew it could be a fail-safe to help Black trans people somewhere. A year later: here we are and we've helped so many people. I think that was the impetus for FTG — creating a fail-safe for Black trans people because we don't usually get to have those.

Speaking of fail-safes, you and I have talked about [my organization], the Black Excellence Collective, and creating something for Black trans people to fall back on. Would you say that that was the impetus for BXC?

I don't really look at Black Excellence Collective as a fail-safe. We started it because we wanted to create a hub for us to be able to take action. It doesn't have to be in response to scarcity in the community — it's more about leaning into a space of abundance. That's why a part of our mission is about arts, direct action and popular education. I believe activism should be generative: it should be fun, creative and it should feed our souls. We started our project as an organizing hub so that way young, Black, queer and trans people could come together and have a space to organize for our collective liberation. But, of course, in the context of the greater conversation about the structural conditions that Black queer and trans people face, we need fail-safes.

"It's always Black trans people leading the charge while simultaneously not being listened to."

To that point, how does it feel to be living and creating at a turning point in global history... in human history, really?

Octavia Butler said, "There is nothing new under the sun, but there are new suns," and we are at this turning point in history. Unfortunately, this moment is quickly revealing that if we do not actively try to do something different, something more radical, we will repeat history. New characters, news deaths, maybe even new harms, but the general cycle is repeating itself over and over again. So, at this moment, there is a bit of pressure because I don't want us to end up in the same boat. I don't want us to keep having conversations about why we don't need police in our communities, why housing should be a universal right, why people should have access to food, water and shelter without having a job.

I think we have to do things a lot differently now — like not relying on voting and electoral structures on a large scale — to reify our right to exist. We have to turn to different methods and we have to do so on a global scale. It cannot solely be small pockets of communities committing radical acts while everyone else sits in the status quo, or else we won't see a global change. To answer the question, there's pressure because while I know that it doesn't solely fall on me, it's always Black trans people leading the charge while simultaneously not being listened to. So there's a pressure there to do the work and push everyone to listen to what so many folks before me were already saying.

What you're saying is really profound. I echo those feelings of pressure and frustration, and also a newness that references the past. That speaks so much to the fact that pressure can oftentimes produce great results. What are some of your big picture goals? You're 25 and leading an org with huge impact — how do you see your work evolving over the years, especially under the pressure of having to do things differently?

FTG has to expand beyond housing and affirmative surgeries. Both of those things are super important and need to be pushed to the forefront, but we need to expand beyond that to become something that is a proactive solution. As we stand right now, we are a reaction to the various ways Black trans people have been barred from resources — and that's important because it fills a void that needs to be filled — but we need to simultaneously become proactive.

That will look like going beyond only helping people pay for rent and affirmative surgeries to really address 1) How do we get universal housing so we don't have to give people rent money? 2) How do we get to a place where we have holistic, universal healthcare and people see affirmative surgeries not as cosmetic, but as essential to one's livelihood and as intimately tied to one's mental, emotional, physical and spiritual wellbeing? Those are the questions we'll have to tackle.

"When you can converse with more people you are better equipped to change the world."

That's something that I think about so much in my everyday work. How do we expand our understanding of what change-making is and how do we expand that in a way that prioritizes those most marginalized by the current power system? Because unfortunately the world we live in right now is quite the opposite, where people start from the top down as opposed to starting at the grassroots and moving up.

I really resonate with what you're saying about houselessness and food insecurity. Those are issues that I was personally affected by and that's why I care about them, but also I understand them as fundamental human issues that we can start to build coalitions on at a local, regional and global level. When we start thinking about ensuring access to fresh water, housing and sustainable food in communities, that's something we can all connect about.

That's why in my big picture goals I want to oversee multi billion and trillion dollar budgets. I want to coordinate and build out coalitions of Black trans/queer people on a continental scale. I believe that's how big a people-powered, grassroots coalition has to be if we're going to change the world.

I was going to ask you because I think that a lot of the work that you are doing with the Black Excellence Collective is proactive — it's trying to attack things head on. So when you think big picture, what all does that include for you?

I would really love to ramp up activation and engagement within our global communities. I've been so lucky to have traveled to different parts of the world at the age of 24 and those experiences have changed my entire life. Now I want to learn more languages because I recognize that when you can converse with more people you are better equipped to change the world. I want to learn more about geography and culture and customs because I recognize that when you can level with people in a personal way, you can better change the world.

I'm beginning to recognize those personal pieces of my work and my life as being profoundly political. And not just in a rhetorical way either. [Laughs] I really feel that every single day! So my goals on the big picture level are all about beefing up our local and global connections. How we bridge the gap from understanding ourselves as a part of different issues, identities, backgrounds etc. to instead come together around the common struggles that all human beings face every day.

As one last question, I'm really curious to know: in a world with so much turbulence and uncertainty, where have you been finding solace?

I think the number one thing is community — with other Black queer and Black trans people, specifically Black trans people. I'm finding a lot of solace in spirituality and diving deeper into that, specifically hoodoo and connecting with my ancestral heritage: talking to them and letting them show me that there is a path that is divinely ordained for me. Putting myself and my health first. Learning how to take a step back and say, "Maybe I need to take a break," or, "I need to do this spiritual bath," or, "I cannot attend this phone call/meeting." I'm learning when to say "no" and learning when to lean into my spiritual guidance. And lastly, leaning into self and community.

"I'm finding a lot of solace in saying it's OK to be imperfect, ever-evolving and growing."