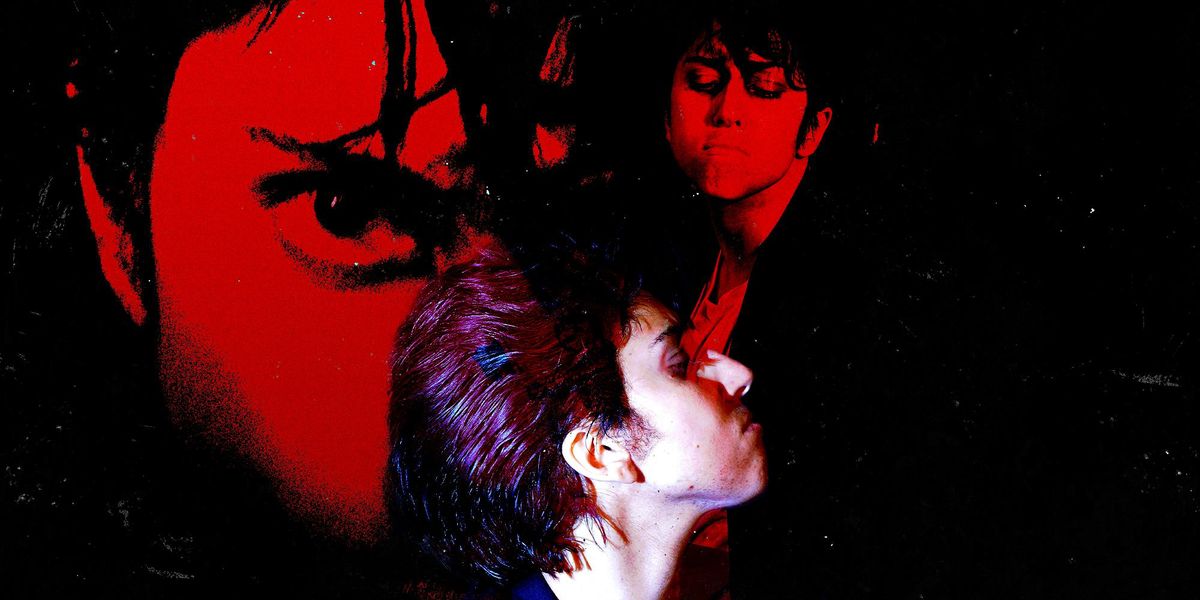 More than her music, more than her videos, Lady Gaga is known for being famous. She introduced herself with an album titled The Fame, as if already world-weary enough to write definitively on the subject; early on, she made ad nauseam reference to Andy Warhol and David Bowie and others who shifted the very concept of stardom, before eventually shifting her gaze to the contemporary art world, collaborating with hamfisted and highly visible celebrity artisans like Jeff Koons and Donatella Versace. Even when the music was designed to be a comment on fame, the fame itself took precedence — the act of producing content becoming cultural fixation, as opposed to the content itself. And despite all this, to this day, Gaga maintains that she's never felt personally at ease with her own celebrity.

Look hard, and you can see evidence of this throughout Gaga's career. When she emerged, she was prone to stunts: The meat dress, her perfume that smelled, supposedly, of blood and cum, birthing herself from an egg at the Grammys. While generating spectacle in the way that Gaga so often did could've reeked of a desperation for attention, in hindsight it clearly tracks as an early attempt to remove herself from the hardship of fame itself — a magician deflecting audience attention from the trick's real site. An easy way for a star to avoid any kind of analysis, internal or external, is to give audiences a way to engage with content on a purely topical level. If everything you do generates a thinkpiece doing the analysis for you, you don't have to contend with any kind of self-reflection.

As her career went on, Gaga would stop trying to deflect from her own discomfort with fame, instead finding different ways to justify it: first, as on ARTPOP, addressing it directly; then, on Cheek To Cheek and Joanne, trying to turn it into something that might be considered "legitimate" or "artful" fame; and then, finally, playing out a narrative of fame and artistry through A Star Is Born that allowed her to reconcile the gleaming, "artificial" electronic pop of her past with the back-to-basics confessionals of her present. These endeavors found increasing success, with A Star Is Born eventually parlaying into Chromatica, a pop record that suffuses the fake-grit of Gaga's late period with the fake-artifice of her early period to great success, in the end approximating something like pop honesty, itself a rare thing to strike upon.

Jo, the eventual main character of the video for "You and I," a rollicking classic rock tribute and the unequivocal highlight of Born This Way, debuted in a cover story for Men's Japanese Vogue. He was immediately everything Gaga wasn't in 2011. Everything to do with Born This Way was immersed in the slowly building edifice of Gaga: it was pan-militaristic and softly religious and vaguely empowering, but also vexing and often incomprehensible. Both the album and its promotional campaign were about building yourself up as your own muse — the queer-ish idea that there's liberation to be found in idiosyncrasy and freakishness. The characters associated with the album, Mary Magdalene and a mermaid among them, were female archetypes whose narratives were once reliant on dominant and diminishing men; pulled into Gaga's world, they became if not exactly reclaimed or empowered, then at least main character-ized.

But where Born This Way was dense, Jo Calderone was high concept, fun and, artistically, at least a little old-fashioned. Unlike birthing yourself from an egg, dressing as a drag king was hardly new at the time of Jo's debut, and, unlike much of the rest of the album's visual style, it was aesthetically relatable. Clearly modeled on Danny Zuko and Bob Dylan but owing most to Springsteen, America's favorite drag king, Jo was a way for Gaga to keep up the camp, art-y pretension (and remain her own muse), while creating a surrogate for a perplexed and decidedly hostile audience. Although his creation was ultimately in service of "You and I's'" video, Jo's purpose became clearest during that year's VMAs, when Jo arrived in full drag to accept Gaga's awards and perform in her stead.

Jo's performance that night was widely panned much in the same way that a lot of things Gaga did at the time were widely panned. The difference was that, perversely, Jo's man-of-the-people appearance was anti-spectacle and anti-obscurantist, in direct opposition to Gaga's previous award show stunts, like covering herself with blood or wearing a pyrotechnic bra. While he would eventually be joined by dancers, Jo began his VMAs performance standing alone, smoking a cigarette, mugging for the audience and complaining about his girlfriend, Lady Gaga. The entire speech is, in my mind, one of Gaga's most indelible and truly exceptional moments:

"For example, she gets out of the bed, puts on the heels, she goes into the bathroom, I hear the water go on, she comes out of the bathroom dripping wet, she still got the heels on. And what's with the hair? At first it was sexy but now I'm just confused. She said I'm just like the last one. I'm not like the last one! And I think it's great, you know, I think it's really fucking great that she's such a star. A big, beautiful star in the sky. But how am I supposed to shine?! I mean, I think I'd be okay with it, you know, if I felt like she was really being herself with me. And maybe she is.

"I'm starting to think that's who she is, you know, maybe that's just who she is. 'Cause when she gets on that stage she holds nothing back, that spotlight, that big, round, deep spotlight follows her wherever she goes, sometimes I think it follows her home. I know it does. I gotta get in there. When she cums, it's like she covers her face, 'cause she doesn't want me to see, like she can't stand to have one honest moment when nobody's watching. I want her to be real. But she said 'Jo, I'm not real. I'm theater, and You and I, this is just rehearsal.' I gotta get in there."

It's such a remarkably clear vision of the two Gagas — the one who can't stand the fame and the persona, and the one who uses it to survive. I love this speech and come back to it over and over — it's a monologue that smooths and straightens every wrinkle in the public persona of Lady Gaga with indescribable, bracing elan, despite not really involving Lady Gaga at all. Take this passage: "I think it's really fucking great that she's such a star. A big beautiful star in the sky. But how am I supposed to shine?! I mean, I think I'd be okay with it, you know, if I felt like she was really being herself with me. And maybe she is."

Before Joanne honored Joanne Germanotta, and before A Star Is Born found Gaga grappling with pop stardom and fame (and Italian-American identity), this eight minutes of Jo Calderone — whose name was Gaga's first tribute to Joanne — did it all better. The irony of "I'm not real, I'm theater" is that this performance was, perversely, the furthest Gaga would get from theater until she started genuinely opening up later in her career. (Not only was Jo the progenitor of the above, the opening of his VMAs number, involving him sitting at an upright piano, predicted the jovial traditionalism of Cheek To Cheek.)

I can't see Gaga's career progressing like it did without Jo Calderone. In Jo, Gaga found a way to turn the human, deeply emotional side of herself into spectacle, rather than using spectacle to obfuscate it. In turn, Jo showed Gaga that the general lovable insanity of her image didn't have to be reliant on chilliness or high art posturing, thereby opening the door for an album like Chromatica, which succeeds as Gaga's overall best album through toeing the line between personal and insane.

Other Gaga stunts were weirder, more exciting, more deeply unusual, but my favorite will always be Jo Calderone. Jo might have been rehearsal, but Gaga never felt more real.