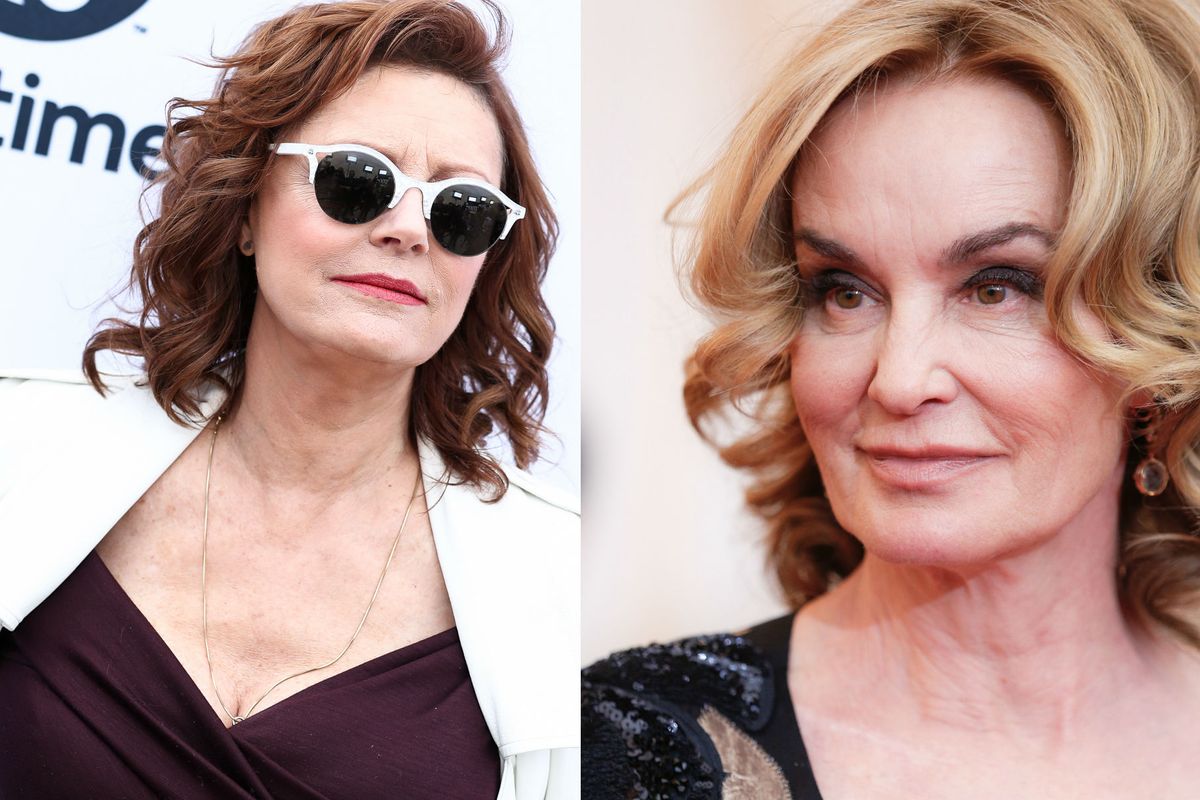 Despite tackling a decades-old problem, Jessica Lange and Susan Sarandon say not much has changed since the days of Joan Crawford and Bette Davis, who they play in Ryan Murphy's forthcoming FX show Feud: Bette and Joan.

Speaking to the Television Critics Association last night, Lange and Sarandon, who star as Crawford and Davis (respectively), made it clear that not much has changed since the 60s. Lange also described ageism in entertainment as a big theme of Feud, as it focuses on "what Hollywood does to women as they age, which is just a microcosm of what happens to women generally as they age."

"The line has been pushed," Sarandon observed about today's industry, but also noted that, "aging actors still have the same problems. I can guarantee that."

"Part of what this film does is investigate what that does to a woman," she continued. "Particularly Joan, who was known for her tremendous beauty. What happens when that beauty is no longer viable, because it's connected to youth?"

As such, Murphy mentioned that the show would focus less on the titular, headline-making feud -- which occurred while the two ladies were filming Whatever Happened to Baby Jane in 1962 -- and instead make a concerted effort to portray the lives of these legendary actors. He also added that his idea for the show came after he launched, Half, his foundation aimed at tackling Hollywood's diversity problem -- a big part of which meant getting more stories about women and by women filmed.

"What I love about the show is it it set is in 1962, but the themes and issue in the show are so modern," Murphy said. "Women are still going through this stuff today — nothing has really changed. We wanted to dig into that aspect."

Because as Lange herself said during the conference, "It's not necessarily a question of age or looks. I think it is who is interested in these stories."

"If the powers that be don't find there is anything valuable or interesting in a story about a woman of a certain age, those films aren't going to get made," she said -- and, honestly, too, too true.