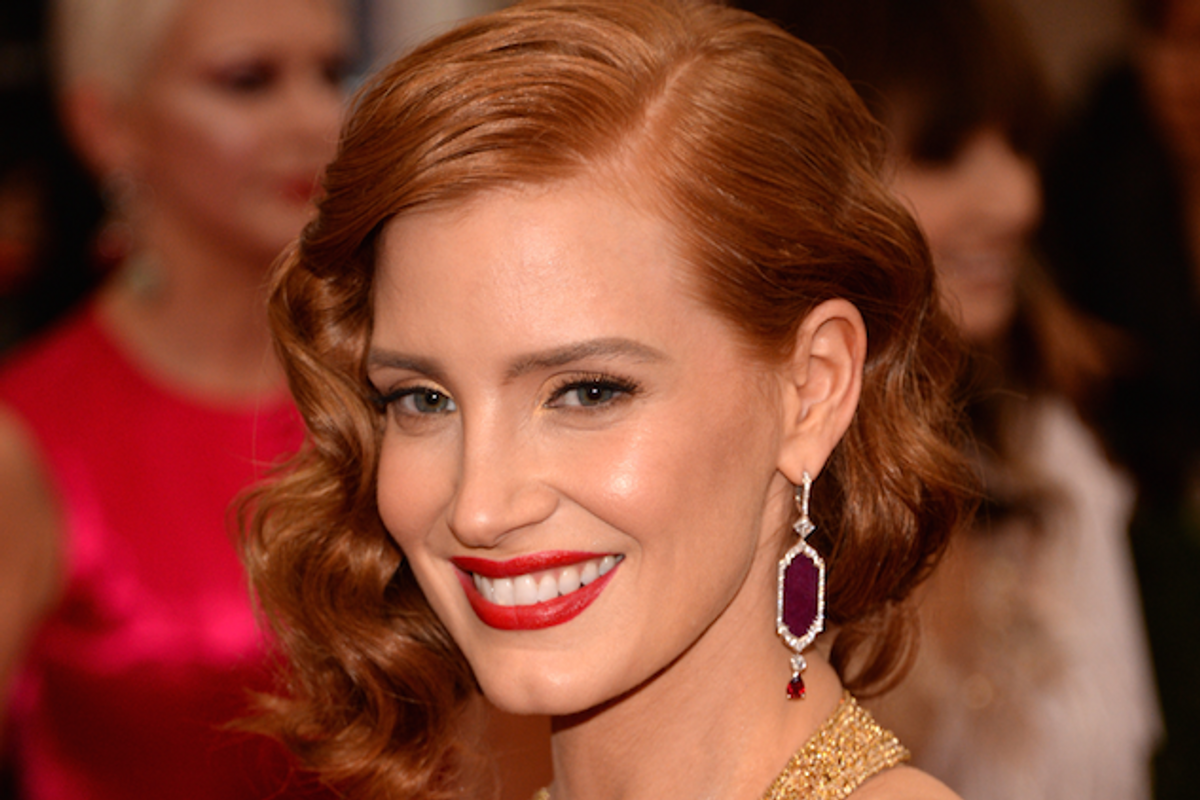 In the latest edition of Sexism in Hollywood: It Just Won't Quit comes this interview with Jessica Chastain during which she tells us an important (read: famous) co-worker felt it his duty to tap her on her butt as she walked past.

"I won't say who," she told The Telegraph, "but I've been on a movie where someone very important… I had been walking down the hall and they kind of spanked me on the butt. And I did turn around and say, 'Did you just spank me?' I was really upset about it. But in their mind it was completely normal. It was fine behavior."

"I think stuff like that happens all the time," she continued. "Probably now it would never happen to me because I'm really… I'm not a shrinking violet. If I see behavior against me, or against anyone, that is unjust, then I will absolutely say something."

Chastain went on to talk about the double standard in Hollywood when it comes to age. It's common knowledge that the actress really kicked off her career in her mid-30s, which she says has been a real source of fascination for various publications.

"I never talk about my age. Honestly, in male profiles, they never talk about the age. And I feel that the media needs to treat women the same as they treat men, and not perpetuate the problem."

There you have it, Jessica Chastain is not here for your sexist nonsense and you'd do well to remember it.