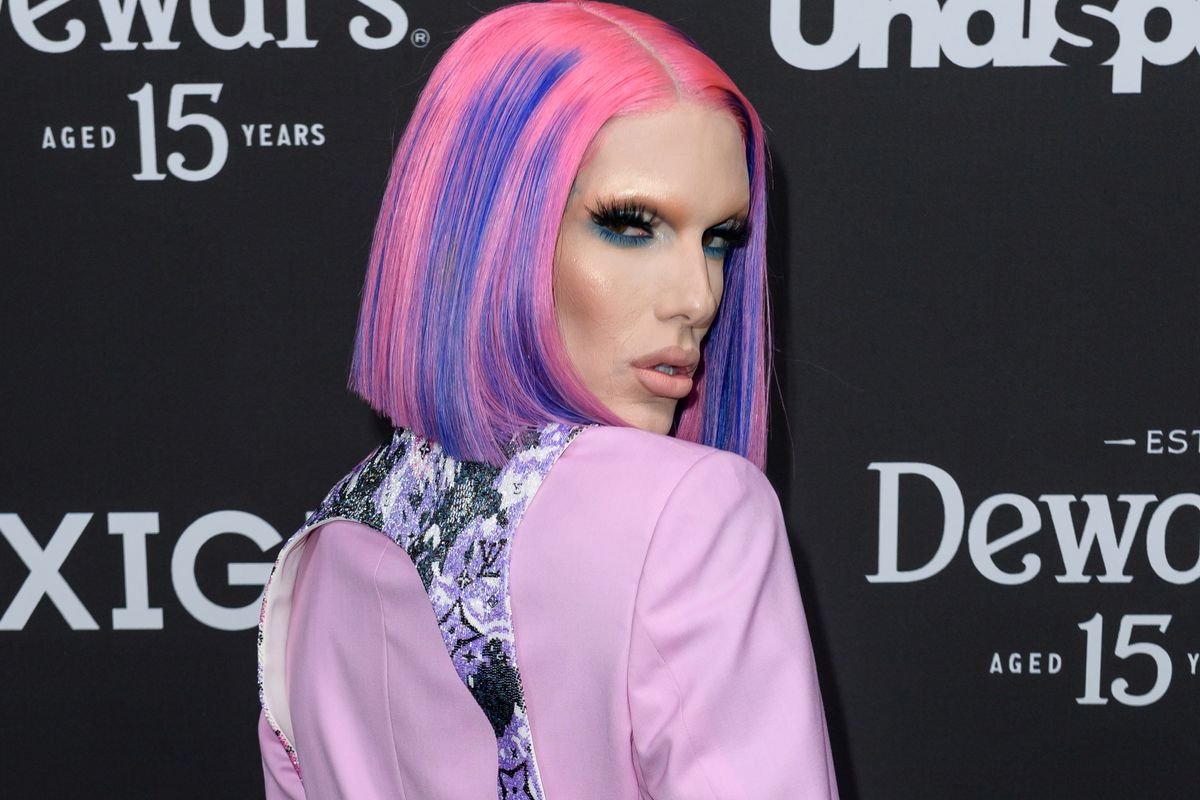 Fans mourned the day Jeffree Star announced his breakup with ex-boyfriend Nathan Schwandt. He's kept custody of their dogs, and has now decided to make major renovations to the mansion that they once shared. In a new video, he shows that aside from his massive Louis Vuitton bench, new additions in his home include gold Versace wallpaper, a custom-made 9' x 10' bed with mood lighting, and a full spa.

And while the makeup mogul was focusing on his new digs in the "Pomeranian Palace" as a newly single person, he was also talking about living in self-isolation and showing how he and his staff are taking precautions during the coronavirus global pandemic. But he might have gone a step too far.

In the video, one of his friends/housemates/staff Madison sprayed Lysol disinfectant all over his open can of Red Bull. She then hands it to Jeffree, and he seems to drink it like it's NBD.

Am I the ONLY ONE concerned that Madison sprayed Lysol straight on @jeffreestar OPENED redbull? Isn't that toxic? N… https://t.co/IAQB6tDZxa
— Heather Segura (@Heather Segura)1585418638.0

Later on, when he's eating McDonald's, he's also seen disinfecting a fry, and eating it after.

But if you look closely at the videos, there are quick cuts, and the YouTube star is likely swapping out the Lysol-ed food items with fresh ones before eating them. Though a lot of fans agree that it's all a joke, many on Twitter are also confused and concerned.

Let it be known that Lysol is not safe to spray on your food for consumption. Disinfectant sprays usually contain a toxic chemical called ethanol, which are not meant to be ingested by the human body. Lysol's website also specifies all the surfaces that the spray can be used on, and it definitely doesn't include food.

So whether this is a joke or not, please don't try this at home, kids.