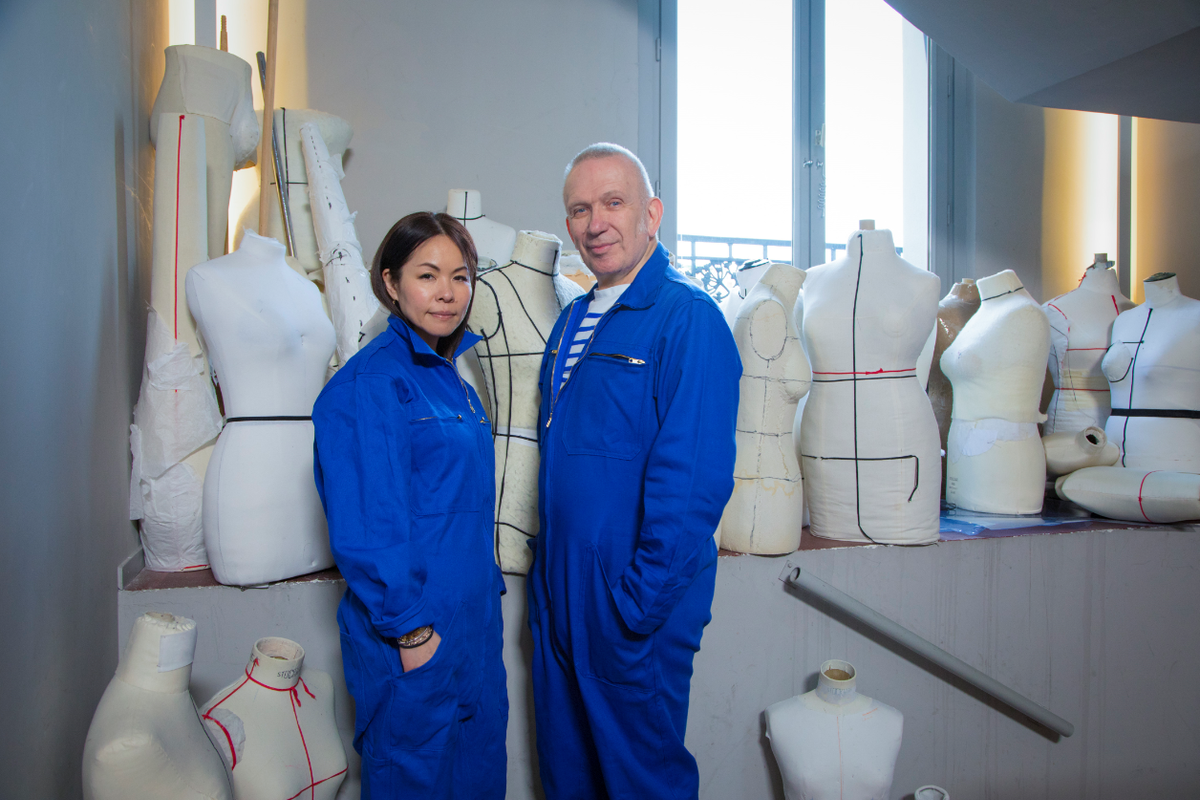 This past January, the fashion world bid adieu to one of the all time greats — Jean Paul Gaultier. Announcing just a few days before his Spring 2020 Haute Couture presentation that it would be his last, Gaultier's final show was an all out extravaganza featuring everything from a mock funeral to Boy George.

The whole affair was a fitting send off for a giant of the industry, but Gaultier's abrupt retirement still left lingering questions about the future of the brand. The designer promised that Haute Couture collections would continue on without him but under a "new concept." Today, Gaultier took to Instagram to explain that this concept means inviting one designer each season to craft a new collection for the brand, offering their own unique spin on the house's signature style.

Gaultier went further to explain that the first designer taking part in the project would be none other than Sacai's Chitose Abe. "I have a long held admiration for Jean Paul's unique vision of subversive femininity and his originality, both of which I've strived towards in my work since the beginning," Abe said of the partnership in a statement. "It's a true honour to be given the opportunity to be custodian of his house as the first designer of this project." A designer best known for imbuing streetwear aesthetics with a high class elegance, Abe founded Sacai in 1999 and has gone on to collaborate with brands like Apple, the North Face and Nike.

"I admire her work, we have many things in common creatively and a similar vision of fashion," Gaultier says of the announcement. "I am glad to give her the complete freedom." The Gaultier Haute Couture announcement comes less than a month after Prada announced the appointment of Raf Simons as co-creative director of the brand, alongside Founder Miuccia Prada in an unprecedented move for the fashion industry. Given the serendipitous timing of the two announcements, Gaultier and Prada's recent moves could be an indication of a larger trend brewing of designers rotating from house to house, or collaborating more openly with one another. Who knows, if these partnerships prove to be successful we may even be on the precipice of a new creative renaissance for fashion. Abe's first collection for Jean Paul Gaultier Haute Couture is set to show this July.