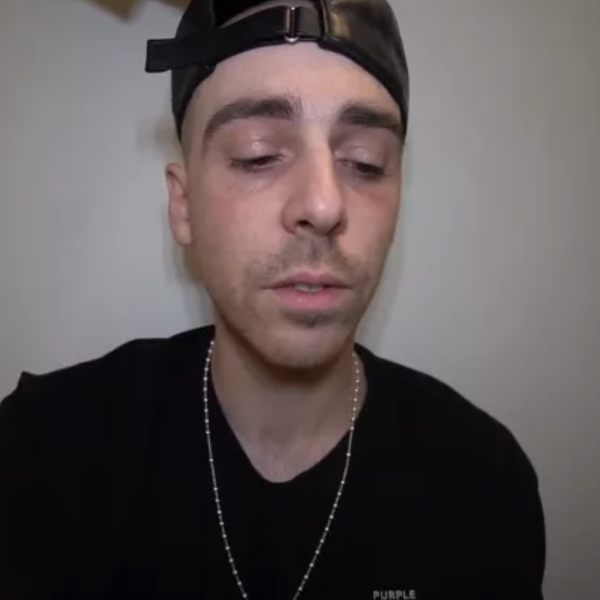 It all started last week when the YouTuber uploaded a video to his channel claiming that Marano had died in a drunk driving accident, before sharing videos of himself visiting her supposed "roadside memorial" and trying to summon her spirit via a Ouija board.

I am having a stroke. pic.twitter.com/kVvYyqVqEM

Now, JayStation has removed the three hoax-related videos and admitted in a new upload that he had faked the entire thing.

On Sunday night, he explained that he came up with the "prank" in order to get more subscribers for the couple's joint "Dream Team" channel. He then went on to say that he had plans to eventually "resurrect" her so they could continue making "Dream Team" videos together.

Obviously, the backlash to the announcement was swift, with many calling for YouTube to deplatform JayStation and comparing this most recent "scam" to past "exploitative" videos about the deaths of people like Mac Miller and fellow YouTuber Etika.

I legitimately felt so bad for hearing about the "death" of this person. I wish I didn't try and look into it and lie to myself instead.

I'm clenching my fucking fist and ripped some blood out realizing that some fuckface actually lied about dying like this. I'm so fucking mad.

Just in case anyone didn't know for sure if Jaystation lied about his girlfriend dying for views. Toronto Police confirms no fatal accident occurred. This is a SERIOUS drunk driving fatality scam by a YouTuber with over 4 million subscribers. @TeamYouTube pic.twitter.com/Ue2kKRVebT

Jaystation shouldn't be allowed to monetize any of his content based on Youtube rules. The entire channel is pure exploitation of lying to your audience with click bait titles, but most of all, content. How can you lie about your gf being dead for views? wtf is wrong with ppl

JayStation is probably the most bottom of the barrel scumbag on Youtube. An absolute shit stain on the world.

Okay this is fucking ridiculous and disgusting
Imagine being so insufferable that you would fake your own girlfriend's death for attention and promotion
And I thought Jaystation couldn't get any worse after him exploiting Etika's death, damn what a prick pic.twitter.com/FNBNP0Lxpy

This fucking Jaystation dude...fuck all the way off with his ass...I never wanted to give him any attention but after faking his fucking girlfriends death for views..after standing on etika's grave the same day he died...enough is enough. 5PM.. It's Time To Stop: JayStation pic.twitter.com/exOpKqC2CX

Sadly, this messed up saga doesn't seem to end here. While JayStation claimed in his "confession" that Marano was initially "okay" with the videos, she has apparently deleted all of her social media accounts and moved out of their shared home in the wake of the hoax.

Not only that, but according to JayStation, following Marano's departure, he claims that he was informed by police that there was a "warrant out for your arrest..for assault with a weapon and assault."

Granted, this latest update could very well also be another shady hoax. As Newsweek reports, in a statement, the Toronto Police Service said that "there is no Toronto Police warrant on file for a Jason Ethier" at this time.