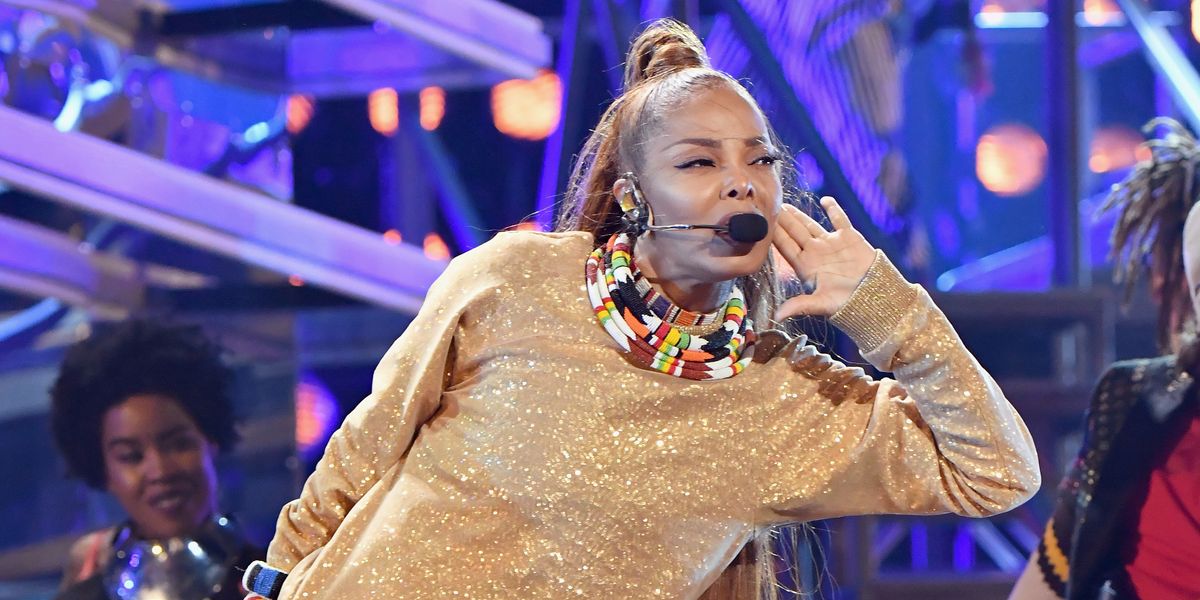 Janet Jackson performed for the first time in 9 years at last night's Billboard Music Awards, singing "Nasty," off her 1986 album Control and "If," and "Throb" from her 1993 album Janet.

She was also the first black woman to win this year's prestigious Icon Award.

Jackson was introduced by Bruno Mars, who outlined the Jackson family's role as music royalty and how they used "their God-given gifts to lifts the hearts and minds of a world conflicted with prejudice and racial bias." He went on to praise Jackson saying, "She is an activist. She's a humanitarian. She's a powerful woman."

"I'm deeply humbled and grateful for this award. I believe that for all the challenges, for all our challenges, we live in a glorious moment in history," she said. She continued, "It's a moment when, at long last, women have made it clear that we will not longer be controlled, manipulated, or abused. I stand with those women and with those men equally outraged by discrimination who support us in heart and mind."

She went on to iterate the importance of turning to God in such politically and emotionally intense times, saying, "This is also a moment when our public discourse is loud and harsh. My prayer is that, weary of such noise, we turn back to the source of all calmness. That source is God. Everything we lack, God has in abundance. Compassion, sensitivity, patience, and aboundless love. So again, I want to thank all of you for this honor and I thank God for giving me the precious energy that lets me live my life as an artist who every single day seeks to expand my capacity to love."