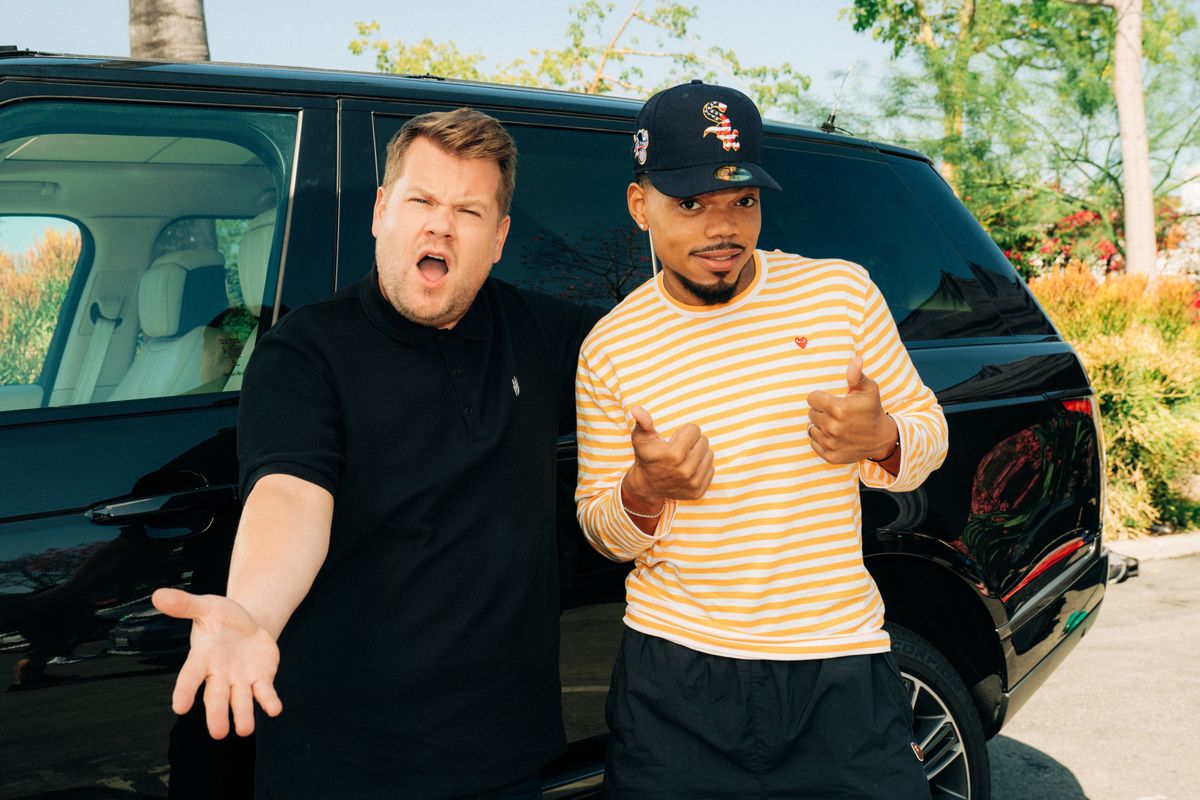 The internet is collectively outraged today at the startling news that late night host James Corden does not actually drive during his infamous "Carpool Karaoke" sessions with artists and bands. One might think that, at this point, Hollywood tricks wouldn't fool the general public. But from the looks of Twitter, many of Corden's fans are in a deep funk of "don't text" proportions.

A video now circulating on Twitter and posted by numerous copycat meme accounts shows a crowd looking on as James Corden sits in a suspended car with Justin Bieber while filming the segment for The Late Late Show with James Corden. Nothing is mentioned directly by onlookers about the fact that the jet-black vehicle is being pulled along on a set of secondary tires, but the question is implied. How could Corden lie to us like this?

Corden definitely looks to be driving during the viral segments. From turning the wheel, horn-honking, and even going as far as keeping his eyes on the road — a forgotten art form — he lays the act on thick. In a statement to PAPER, a rep from the show insists this is usually for real: "James always drives during 'Carpool Karaoke.' However, on the rare occasion when there is a stunt component and the producers feel it is unsafe to drive, we will use a rig (tow)."

Hmm. The internet's not so sure. Until one of Corden's opening monologues inevitably gives us definitive clarification on the fan footage, Twitter is supplying a treasure trove of memes to scroll through.

to all the people saying that Carpool Karaoke is fake and that James Corden isn't really driving, explain this bloo… https://t.co/neYUSnvMRM
— don (@don)1579800382.0