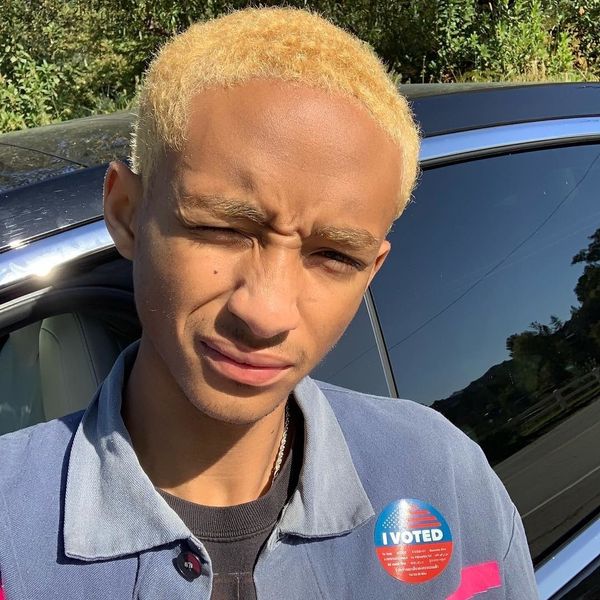 Jaden Smith Says Tyler, the Creator Is His 'Boyfriend'

Wait, wait, wait. Is this a thing? According to Jaden Smith, he and Tyler, the Creator are in a romantic relationship. And have been for some time.

Okay, so it is Jaden Smith. But he sounded sincere enough, and actually less cryptic than usual, when he appeared on stage at Tyler's Camp Flog Gnaw in Los Angeles over the weekend and announced the relationship. "I wanna tell you, Tyler doesn't want to say, but Tyler's my motherfucking boyfriend and he's been my motherfucking boyfriend my whole fucking life," Smith explained to the cheering audience.

"If you take away anything from this fucking show, that's what you need to take away," he added.

Tyler was present for all this, playfully giving Smith the finger but not denying anything. Once off stage, Smith used Twitter to once again imply that the two were together.

So is any of this sincere? The evidence is mixed. Especially as both Tyler and Smith are notorious trolls.

What we do know is that they've been friends since at least 2013 (Smith once told GQ that the rapper changed his life by introducing him to Supreme). Tyler is sort of out of the closet already, but while Smith has cultivated an image as a queer icon by challenging gendered fashion stereotypes, he has only ever publicly dated women.

If the "boyfriend" claim is an in-joke between two friends, it doesn't come off that well, especially given the ongoing stigma surrounding homosexuality in hip-hop. If it's true? 2018 has blessed us with an incredible new power couple.