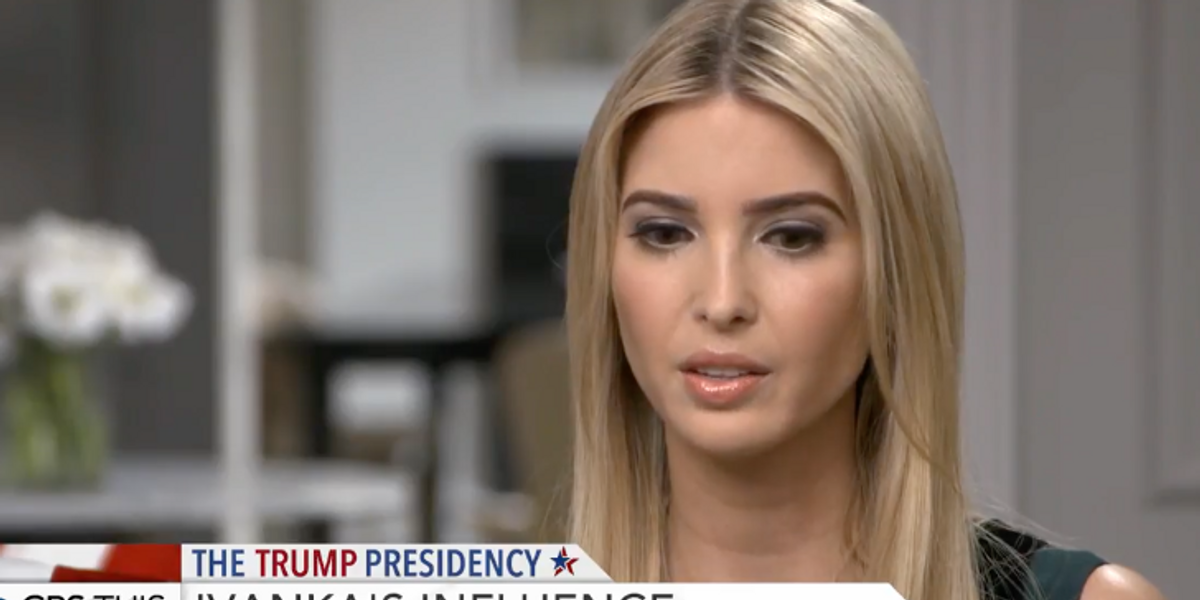 There was a time when we all considered Ivanka as the redeeming factor of Donald Trump's presidential run. While her father was always an overcooked rasher of bacon fried in Coppertone Endless Summer and dusted with cat hair, Ivanka appeared normal, nay, even relatable – a well-educated businesswoman with a young family. Those were indeed the days.

Now, Ivanka has firmly established herself as Daddy Don's right-hand man. Sure, this would always be a strange position for a first daughter (traditionally the First Lady that advises her husband, a role which Melania probably does not wish to take on), but particularly awkward is the fact that Donald's decisions have nine times out of ten been flat-out depressing and our relatable beacon-of-hope Ivanka is nowhere to be seen, nor heard.

This absence has not gone unnoticed in the press, particularly as Trump has made calls which blatantly disregard the rights of and often even harm, minorities. SNL, in fact, made an excellent perfume-ad parody called "Complicit" i.e. Ivanka's refusal to speak out against her father makes her complicit in his tyranny. In an interview with CBS this morning, Ivanka addressed the criticism, indicating she doesn't get it, at all.

"I think there are multiple ways to have your voice heard," she said. "In some cases, it's through protest, and it's through going on the nightly news and talking about or denouncing every issue on which you disagree with. Other times, it is quietly and directly and candidly … I would say not to conflate lack of public denouncement with silence."

Unfortunately if you're not speaking up, people can't hear you and there is no evidence of any disagreement. No conflation necessary because when no one can hear you, you're silent, Ivanka.

Here for your viewing pleasure, is the very disheartening interview.