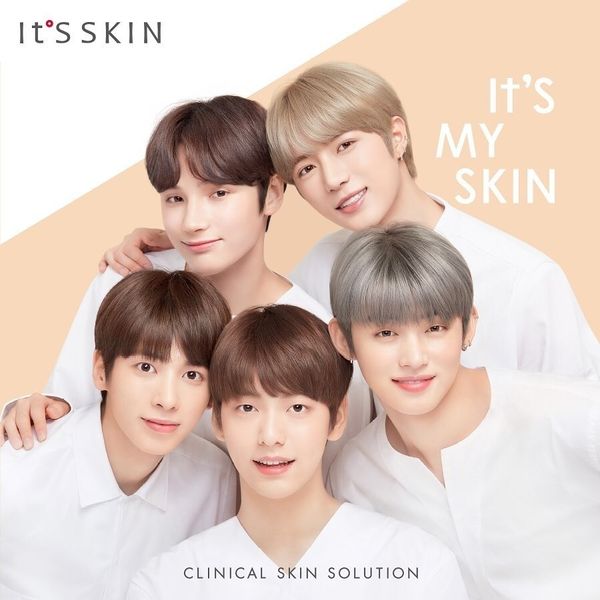 K-Pop Band TXT Is the New Face of It's Skin

Music and beauty have been some of Korea's hottest exports to the international market, with a viral and cult-like following.
Naturally, a new beauty endorsement deal between one of the biggest K-pop bands and brands is driving fans to the edge. Earlier this week, beloved beauty label It's Skin named Tomorrow x Together (TXT) as its newest ambassadors.

The leading cosmetic brand, developed by dermatologists from Seoul University, is known for products that claim to "enhance" natural beauty. The four-month-old K-pop band on the other hand has risen to mass popularity with its bop-y hits like Crown and Our Summer. The perfect combo.

All five members — Yeonjun, Soobin, Beomgyu, Taehyun, and Huening Kai — will all act as the global faces, the brand announced yesterday with a campaign image saying, "It's my skin."

Although all members are aged between 16 and 18, the young boy band already boasts a following of more than four million with fans from all across the world. No word yet on the products the boys will be endorsing though given It's Skin's best selling items, it will most likely feature a mix of sheet masks, hydrating serums, and nourishing face creams.

If our skin could look anything close to the teens, we'll take it. No launch date has been released yet, but the TXT is scheduled to perform at the KCON NY convention in July.