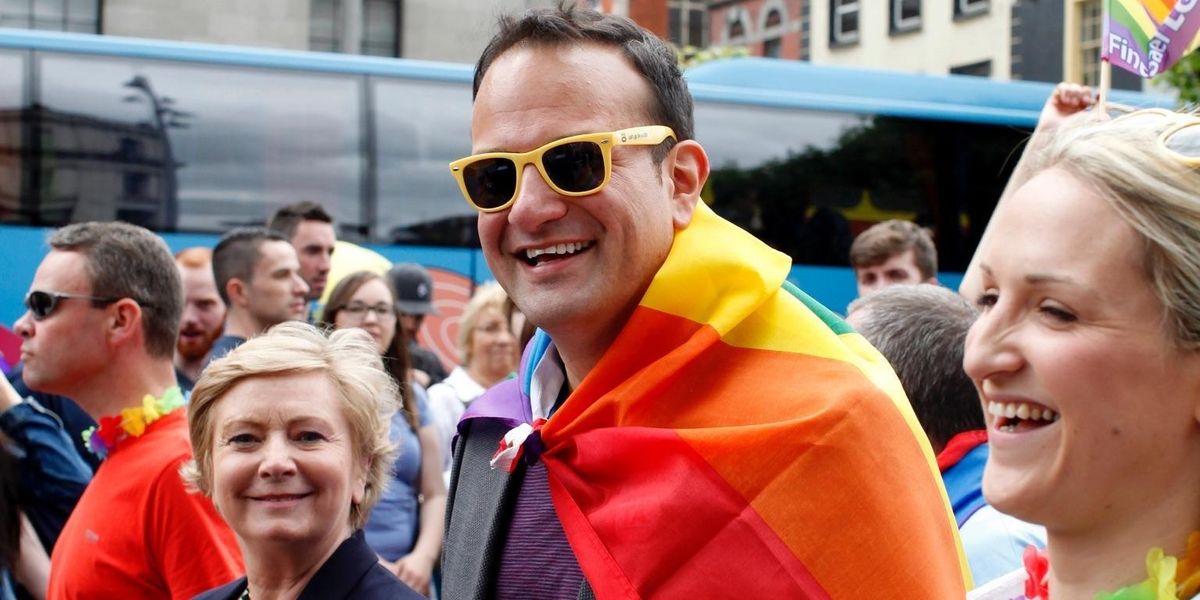 Ireland made history today by electing not only its youngest leader ever but its first openly gay taoiseach (prime minister), Leo Varadkar.

Varadkar, 38, is the son of an Irish nurse and a doctor from India. He beat his rival - Housing Minister Simon Coveney - with 60% of the votes to lead the center-right Fine Gael party.

"If my election shows anything it's that prejudice has no hold in this Republic," Varadkar said in his acceptance speech. "When my father travelled 5,000 miles to build a new home in Ireland, I doubt he ever dreamed his son would grow up to be its leader."

"Any child growing up in Ireland now, I hope, looks at me and my unlikely story and my background," he added, "and everything about me, and perhaps says to themselves, that there is no office in this state that I can't aspire to, nothing that they can't do if they believe in themselves."

Varadkar, previously in charge of the welfare system, came out as openly gay in 2015 before the same-sex marriage referendum. Ireland has always been historically socially conservative; homosexuality was illegal until 1993.