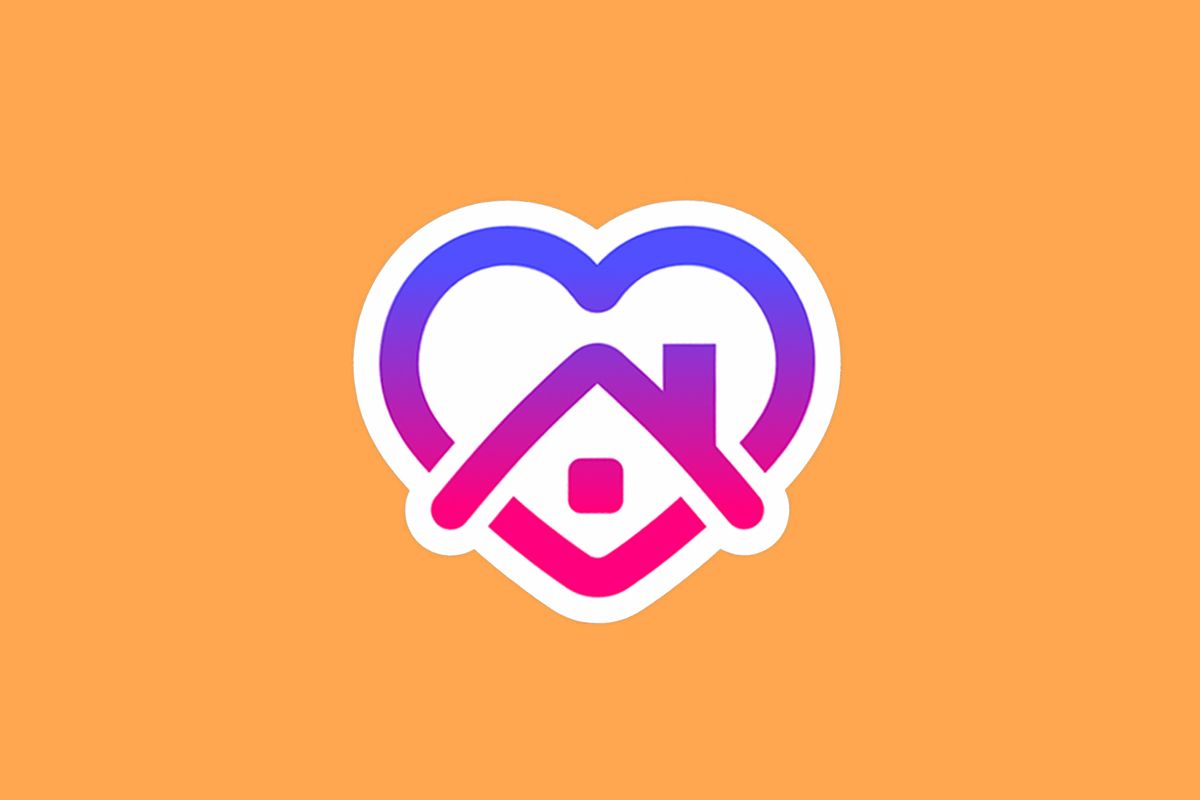 How Should Influencers Act During a Pandemic?

When naming the social groups we're most concerned about during the current coronavirus outbreak, influencers would probably be close to the bottom of the list. America has quickly entered an unprecedented period where unemployment rates are skyrocketing across the country, and health care and service workers must put themselves in danger every day. Vulnerable populations like the incarcerated, the poor and the homeless have never been more at risk. Influencers, on the other hand, are overwhelmingly white, wealthy and able to continue working from home with relatively few interruptions — even as the country barrels towards a recession. In fact, as we all stay home glued to our screens, they have more power and authority than ever. This begs the question: as people with a disposable income, a large following and the inherent ability to set an example for that following, what is the responsibility of influencers right now?

Different influencers and content creators have taken different approaches to the pandemic. Lifestyle vloggers like Elena Taber and Aspyn Ovard have continued as usual without addressing or focusing on the pandemic. Many influencers, however, have changed their content drastically: addressing our current crisis by making videos that offer tips for studying and working at home, creative ideas on how to spend your time while social distancing, and vlogs that address the creator's mental health amid the uncertainty of the pandemic. TikTok stars are making as many bedroom videos as ever — their content is perfectly suited for this moment.

Related | What to Do If You Can't Afford Rent Right Now

Brooke Miccio, a 22-year-old influencer based in Cambridge, Massachusetts, is one of those creating new corona-related content. The lead story highlight on her Instagram profile right now is labeled "STAY HOME," with a mirror selfie as the cover image. "I'm trying to lead by example in terms of staying home and social distancing, but I will say that the few times I have posted something outwardly political online there has always been some sort of backlash," she tells PAPER. "I recognize that I have a platform and I want to use it to say something, so sometimes I do make a small comment here or there, but I would never say who I'm voting for or anything like that. Though I will say it's getting so hard to avoid politics, as it's all over YouTube and everyone's social media these days."

Miccio brings up an important point –– in light of everything that's happening in our country right now, namely a deadly global pandemic and one of the most contested elections in our country's history, it is practically impossible to avoid politics both during in person interactions and online. Youth-led political engagement, which often takes place online, has challenged the notion of what an "influencer" is or should be: gone are the wealthy, skinny white women teaching you how to find the right shade of blush and instead enter Isra Hirsi, Mari Copeny and other young people who use their online platform to promote a political agenda and fight for their communities.

Still, every influencer has their niche, and it might be unfair to expect lifestyle vloggers to suddenly pivot to hyper-political content just to mirror our current climate. Arguably, the more lighthearted content these creators often upload also plays a role in helping subscribers through the pandemic. While some fans are surely itching for corona content that either informs them about the pandemic or assuages their concerns, others may see the internet as an escape from reality and are hoping to view content that has nothing to do with the virus. In one of her recent videos about her "spring favorites," influencer and YouTube personality Wear I Live asked her viewers what they were looking to see. In response, one subscriber commented, "would love to see some fun activities or habits to make feeling stuck at home less claustrophobic" while another said, "please post as many frivolous things as you want, we need it."

22-year-old college student Heather Nguyen, for her part, says she will continue to watch content from her favorite influencer BestDressed no matter what she posts. "I have noted a slight shift in Ashley's content since we've all been in quarantine, but it is still very interesting to me and I will continue to watch as I have been," she says. "In one of her most recent videos, she opened with a shot of her in bed and talked about how anxious and nervous she was about the coronavirus, and I felt like I saw so much of myself in her. I was like, 'ah, yes, a fellow 21-year-old who gets what it's like to be alive right now, even though we have completely different lives.' She also recently posted a video on how to "work from home," which was really helpful and applicable."

Related | Is it Okay to Online Shop During a Pandemic?

Those influencers who do choose to acknowledge the pandemic instead of curating a calming, business-as-usual grid risk controversy. Reporters like Taylor Lorenz and Sophie Ross, alongside influencer watchdog accounts like Diet Prada, have kept tabs on the understandable backlash that's risen up against lifestyle influencer Arielle Charnas, who notoriously managed to obtain a COVID-19 test despite a national shortage, announced she had the virus a few days later, then traveled to the Hamptons with her young family instead of entering quarantine. Charnas issued a lengthy apology on her grid this week, but called some criticisms "misinformed."

Recipe influencer Ali Maffuci faced similarly valid criticisms when she posted on Instagram about leaving her Jersey City high rise for Florida due to COVID-19 fears, then filming a story about the family road trip. She has since deleted the post, and writes over email that there was more context to the road trip than what appeared on social media: "While I am fully aware that I went against the CDC guidelines by going to Florida, and I don't recommend or expect any of my followers to do the same, I made a decision to protect my family and did it as safely and respectfully as possible." She's been self-quarantining in Florida for the recommended 14 days, and she and her family "didn't interact with a single person" while traveling there.

"We took every single precaution to ensure that if we were asymptomatic with COVID-19, that we wouldn't risk infecting anyone," Maffuci continues. "At the end of the day, everyone has the right to fight for their family and keep them safe. If we had lived in a home where we could properly self-quarantine, I would have never left New Jersey, but that's not the case. I risked infecting more people staying in Jersey city than I do staying at a private residence, and now, we can effectively quarantine ourselves."

Maffuci has given a lot of thought to her content strategy over the past few weeks. "I'm not going to share a recipe that has 25 raw and obscure ingredients and lengthy steps," she says. "Now, I'm focusing on easy, low-ingredient recipes that are simple, can feed a hungry family, and can save well for leftovers." Rather than sharing facts and figures about the ongoing outbreak, she's chosen to "model social distancing" for her followers, and says she likes to share tongue-in-cheek memes for some levity. She adds that her workday has changed now that she's taking care of her kids full time: "I'm not creating as much, just documenting my everyday life, sharing the moments and recipes that I think can add value to people's lives."

Of course, it's a privilege that the biggest conflict many of these creators face right now is whether or not to post corona-related content. In a lot of ways influencers, who often are self employed and work from home anyway, are perfectly suited to survive during these chaotic times. Miccio noted she was very grateful that her vlogging content has been minimally impacted by being stuck at home. "I'm so lucky in that I have worked from home for several months so I'm used to it, and luckily a lot of what I do in terms of lifestyle content happens at home anyway, so I've been posting pretty similar content," she says. "I would say that my viewership is also pretty much the same, or has even increased in some cases."

Some creators, like college vlogger Abby Asselin, have not been so lucky. "Since I started taking online classes from home, my content has drastically changed ," she says. "Typically, I show footage of campus and vlog when I go to the recreation center to workout or go to class, but now that everything is from home, I've had to make sure my days still have somewhat of a structure when I create content since I have nowhere to go. I'm using this time to upload more frequently and emphasized to my viewers that I want my content to be a place they can escape to, rather than uploading even more content talking about the virus and everything that's going on." Now she's pivoted to posting at-home work out content and vlogs about her online classes.

Whether they address the pandemic in their content or not, influencers should be aware that they have, well, influence. Especially during this strange, unprecedented time. In the coming weeks and months, creators can hopefully find ways to be a positive force: be it through posting funny, distracting videos and educational content or harnessing their financial powers and directly contributing to COVID relief charities and causes. They might also consider redistributing their wealth to help out their own loyal subscribers, many of whom do not have the privilege of making money from their mirror selfies.