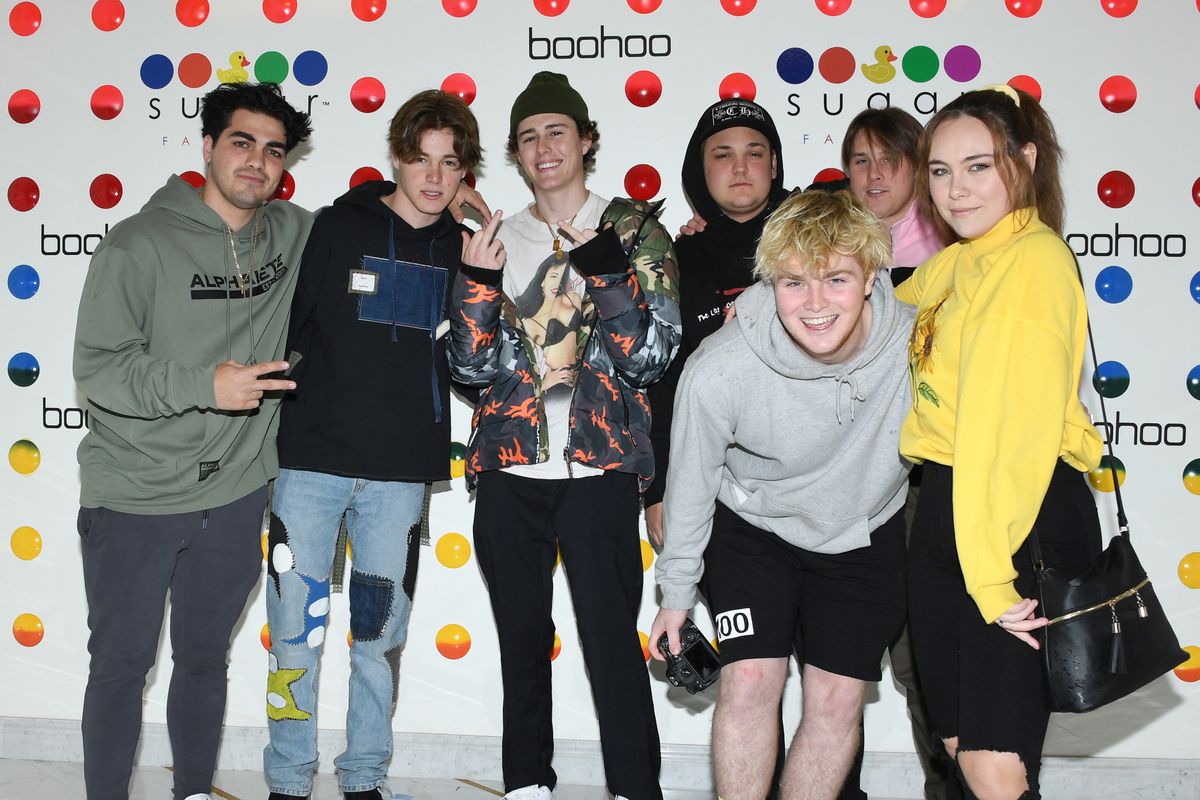 Hype House is currently under fire for allegedly "scamming" fans with a new merch promotion.

On Tuesday, the LA-based TikTok collective released their new "Hype" Chain with co-founder Thomas Petrou advertising the necklace as a "free" product on his own Instagram. Not only that, but on the merch website, Hype House even went so far as to claim that the chains were worth $100 and say that fans would only be able to get one chain per order — though "if you want multiple free chains, make multiple orders."

I just dropped Hype chains! Click the link in my bio to get yours before they’re sold out! They’re free you just pay shipping 🔥

However, it didn't take long for eager fans to conclude that something strange was afoot when it came to the $20 shipping and handling cost — an unusually high rate for a package of that size. Plus, as noted by Twitter user @DefNoodles, the same $20 shipping cost was applied to different mailing addresses in Miami, NYC, and even the nearby LA area when "mailing chain of similar weight can cost as low as $3.80, according to USPS."

Hype House allegedly scamming fans with new “Hype Chain”. They claim on website $100 chains are “free”, but shipping and handling is $19.58 within LA, where Hype House is based. Mailing chain of similar weight can cost as low as $3.80, according to USPS. What are your thoughts? pic.twitter.com/XYFsWM6ISP

Hype House $100 chains are “free” on their website, however shipping and handling is the same $19.58 whether you’re shipping to Los Angeles, New York, or Miami. pic.twitter.com/2eah1EsuS4

"This is the Free + shipping scheme where the product costs wholesale @ $1.50 and they charge for it in the shipping SO IT NOT FREE," YouTuber Vice Versa wrote. "Oldest [e-commerce] game in the book."

This is the Free + shipping scheme where the product costs wholesale @ $1.50 and they charge for it in the shipping SO IT NOT FREE‼️‼️ oldest ecom game in the book 🙄🤦🏻‍♂️

Meanwhile, others took more issue with who the underhanded promotion was aimed at, with many accusing Petrou and the rest of the Hype House crew of taking advantage of their "young, naive" fanbase.

"The thing that bothers me about this hype house chain scam is that Thomas knows the hype house has a younger audience, so he knew they'd buy into the whole 'it's free' scenario," user @frenchxxy added. "He's literally manipulating them. Sketchy as hell if u ask me."

ah yes the old "crossed out "$100" value necklace thats only like $5 quality for "free" but $20 shipping" thats like the oldest trick in the book, they should feel ashamed, especially cause their fans are really young naive kids who dont know better then to fall for this crap

the thing that bothers me about this hype house chain scam is that thomas knows the hype house has a younger audience, so he knew they'd buy into the whole "it's free" scenario, he's literally manipulating them. sketchy as hell if u ask me.

thomas: tHe HyPe HoUsE cHaInS aRe FrEe, AlL yOu HaVe To PaY iS sHiPpInG aNd HaNdLiNg
shipping and handling: *literally $20*

That said, this isn't the first time popular influencers have allegedly attempted to pull a similar stunt. Last September, Jake Paul faced criticism for his own "free" chain which came with an extra $14 in shipping costs. Additionally, according to Insider, Paul also promised that buyers would be entered into a competition to meet him — though his vlog about the topic was subsequently deleted and the issue was never brought up again.