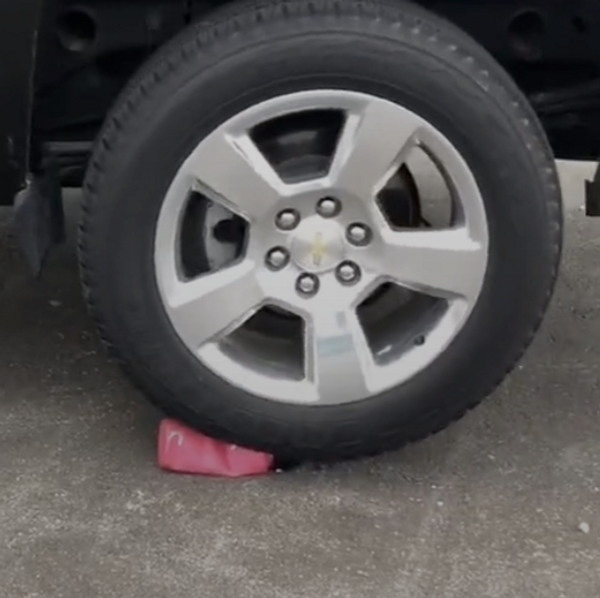 If you're a VSCO girl and you're reading this — stop "sksksk"-ing, grab your scrunchies, put on all of your puka shell necklaces you got from that Disney Cruise your family went on, and clutch your Hydro Flask for dear life. What you're about to watch might disturb you.

Related | Why Gen Z's VSCO Girls Are Cool With Being 'Basic'

A TikTok user named Jack Rigdon uploaded a video to the meme-rich app that's getting a lot of attention from both owners of the viral reusable water bottle, the Hydro Flask, and non-owners alike. In the video, he can be seen purchasing a brand new pink 32 oz. Hydro Flask, which retails on their site for $39.95, from what appears to be a Dick's Sporting Goods store.

From there, Rigdon embarks on a chaotic gradient toward mass destruction of his shiny new bottle, and it's almost painful to watch. From just dropping it on the ground to running over it in a car and using it as a golf ball, Rigdon manages to beat up the bottle pretty badly.

Many users were outraged by Rigdon's complete disregard for the expensive bottle, which is in high demand after the viral VSCO girl TikTok trend. The Hydro Flask will surely make the holiday gift wish lists of thousands of teens around the world, and some saw Rigdon's misuse of the bottle as crude. One user commented, "I'm mad. Not because I'm VSCO, but because we can barely afford to eat, and here you are destroying $40 bottles."

Whether or not Rigdon's deliberate destruction of the bottle should be seen as offensive is really neither here nor there. Personally, I'm shocked at just how intact the bottle remained even after being put through absolute hell. Sure, there are more than several dents and paint has chipped off of the sides, but it genuinely still looks like it could hold water — and that's after taking a hammer to its core and being dragged behind a truck. Rigdon updated his followers with a humorous tutorial on how to fix the damaged bottle, but ended up just destroying it even more.

Rigdon's path of destruction is honestly genius marketing for Hydro Flask, since it managed to remain relatively intact. You'll probably still need to spend some money on a new one, but then again, maybe a wrecked Hydro Flask is the alt-style antithesis to the glitzy VSCO-er image.