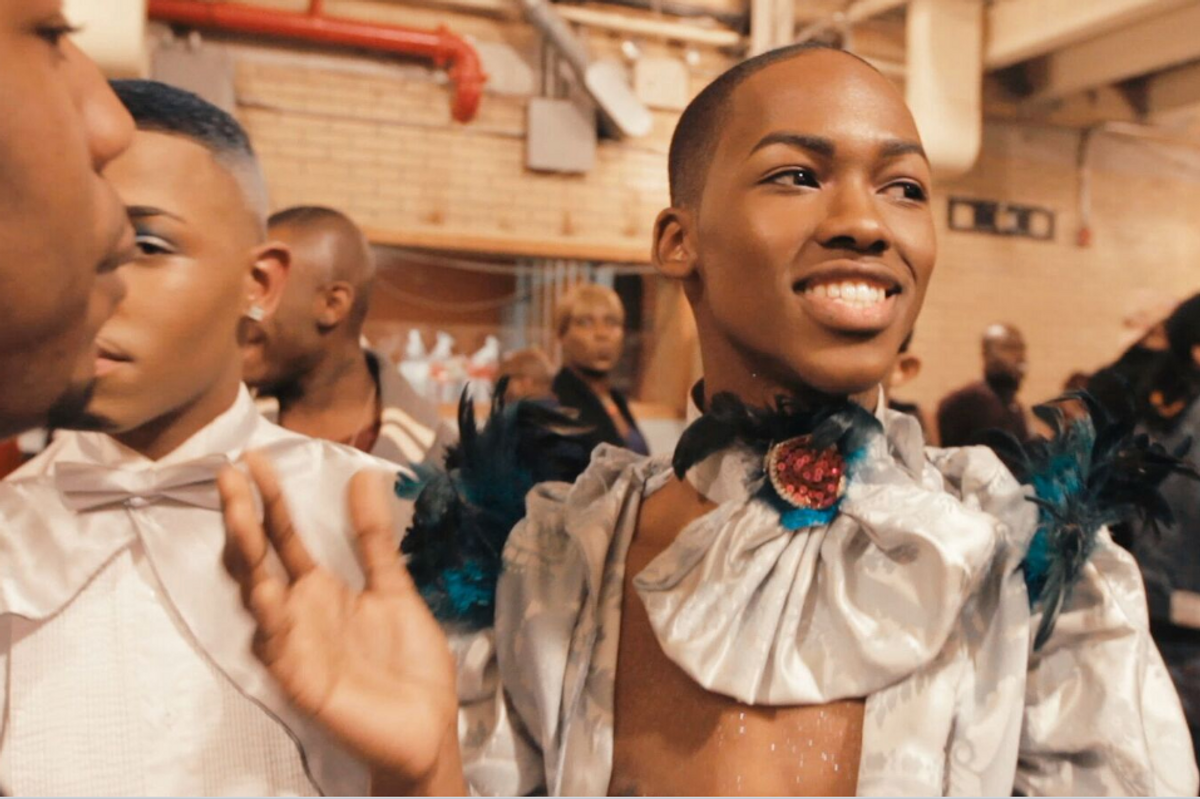 Watch an exclusive clip below by director Sara Jordenö to celebrate the release of Kiki.

Now we've awakened to a new reality, a reality which proves things were never really as 'chill' as we imagined. In fact we were all so deeply asleep at the wheel that 'woke' is likely even part of your parents vernacular. Five years ago, Swedish filmmaker Sara Jordenö and Twiggy Pucci Garçon co-wrote Kiki, the film about the LGBTQ youth-of-color who come together to form the a scene/haven where young people can find themselves through performance. This year, while trans rights are removed, abortion is on its way to becoming re-criminalized, they released it to the public.

While the film has been lauded as Paris is Burning for the millennial generation, it's much more than that. Paris is Burning certainly spotlighted the LGBTQ community, which was at that time a lot less visible, but Kiki teaches us that despite how far we feel we've come, our right to be ourselves is still under threat – a reminder that could not be more necessary in Trump's America.

Which, in a way, Jordenö and Garçon are extremely grateful for: there's no danger Kiki will fall on deaf ears.

"It really shows the vulnerability and how quickly things can turn around," says Jordenö. "I'm upset about that, but it makes the film feel really important."

Important it is – and it's been well-recognized for as such. The film garnered rave reviews from various outlets and left Sundance Film Festival as one of the hottest films on the docket. However because every minority victory is positioned as a triumph, it's easy to grow complacent about how much work is left to be done, Garçon says.

"Even before the current political climate there was a real lack of authentic representation of black and queer people in mainstream media. While there's been progress, but there's definitely not enough. There needs to be projects other than just Moonlight that are reflecting our experience."

"Now more than ever with the patriarchal, bigotry-centered, fucked-up system that we're in, it's important for people to see themselves and that there's hope for the marginalized."

Although films like Moonlight and Kiki really just affirm what we all should've known from the beginning: there's a mainstream market for these stories, not just the demographic they feature. Contrary to what might have once been popular belief, you don't have to be a young, queer person of color to empathize with those on screen.

"The elitism, homophobia, transphobia we're facing as a world, all of those issues the film addresses really well," says Garçon. "This is not just a film for the LGBTQ people, but for all people to see how to set up a system that works for you."

Nor should we dismiss these characters in these stories as if they're just part of a very specific subculture. Jordenö says it's important we treat as characters the prominent part of our society that they are.

"These kids are facing so may different forms of oppression," she explains. "Even though things are better and people are stronger, they don't want to stay in a subculture. They want recognition for how important they are in the tapestry of New York and the world."

"The characters in the film, I asked them if they're upset and they're upset," Jordenö says of Kiki's cast reacting to the current administration. "Trans rights being removed. But they've seen that kind of oppression already. They know all the nuances of this classist, misogynist, racist country that we live in and they know how to fight against it.

"I think we all have something to learn from them. They are very important. They're very, very strong."

According to Garçon, fighting that oppression, like everything else, starts with spotlighting it. It will take a little money, a lot of dedication and maybe even five years, but the result will be waking audiences up to a whole world they didn't know they were sleeping on.

When I ask Garçon the ideal response to a film like Kiki he knows just what he wants.

"I hope that people will examine their religion and their power, and redirect resources to the people that need it most."

Now that's something we can all relate to.

LIVE YOUR TRUTH was produced by The Shop at NeueHouse, all music by MikeQ.