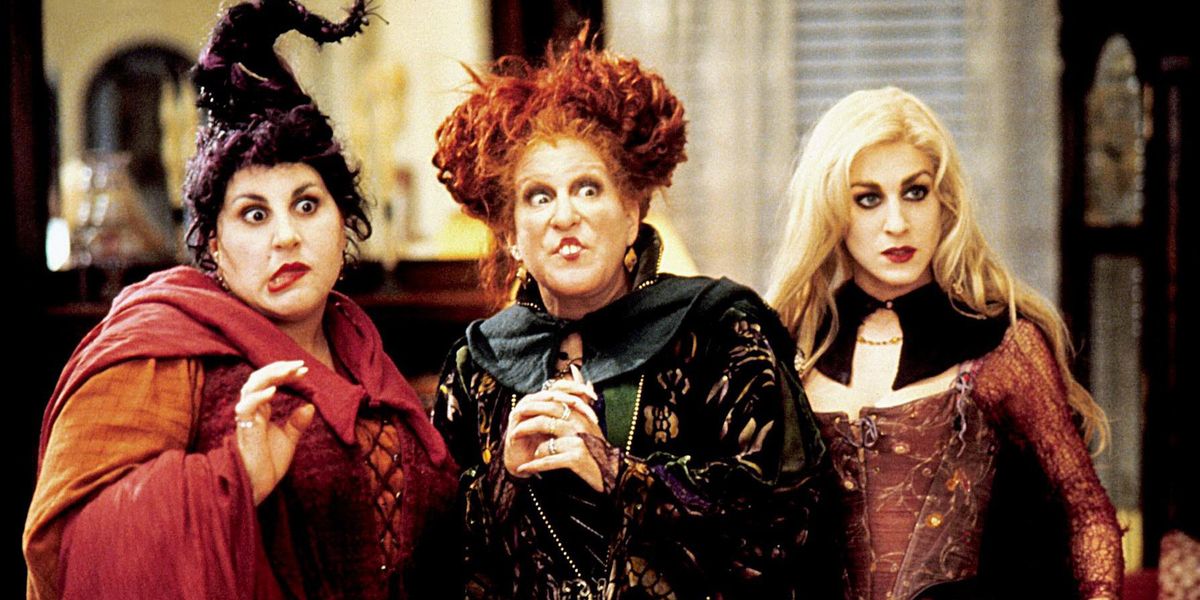 Just in time for Halloween, Disney+ has announced that they're in the process of making a new Hocus Pocus movie.

Deadline reports that this endeavor is still in the early stages of development, though they were able to confirm that Workaholics' Jen D'Angelo is writing the new script.

Related | Bette Midler Is the Queen of Halloween

And while there's no word on whether it'll be a reboot or a sequel, the possibility of bringing back the original Sanderson sisters — played by Bette Midler, Sarah Jessica Parker, and Kathy Najimy — in some capacity is a definite possibility.

The story of three witches who are accidentally brought back to life in a modern-day Salem, Massachusetts, the 1993 film is a verifiable Halloween cult classic with a devoted fanbase — so, knowing Disney's penchant for a nostalgic reboot, a new spin on the flick was only a matter of time.

Plus, this isn't the first time the House of Mouse has attempted to capitalize on pop culture's love of the Sandersons. Per Deadline, the Disney Channel already tried to create a reimagined Hocus Pocus TV movie two years ago, though that obviously never happened. Granted, let's hope that this time around, they follow through!