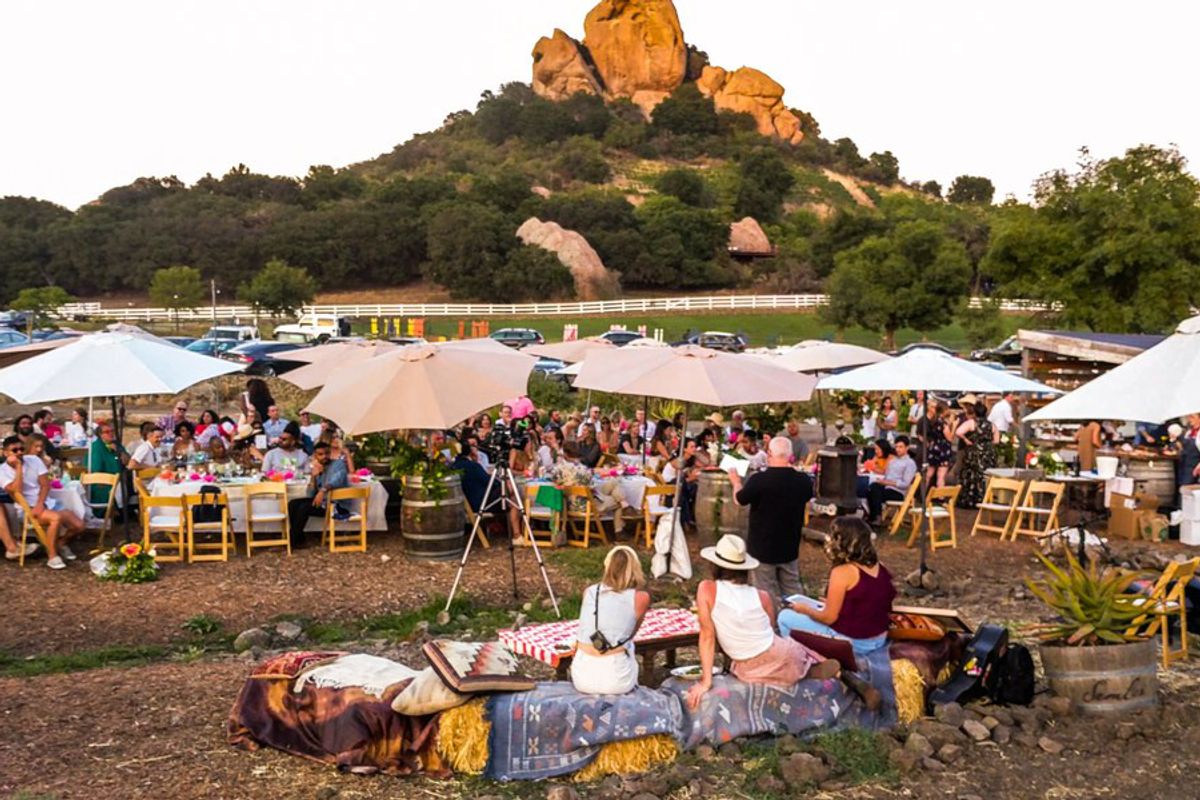 Last Saturday, at Malibu's picturesque Saddlerock Ranch, PAPER's own Kim Hastreiter and Journeyman's David Wilcox hosted a beautiful benefit for Ron Finley, the beloved food justice revolutionary and "gangsta gardener" of South Central. Ron Finley sparked an international movement when he took the health of his community into his own hands, transforming a neglected strip of city-owned land outside his property into an oasis of organic fruits and vegetables. Today, his lush home garden headquarters serves as an educational site for his community, as well as a beacon of health and self-sufficiency for urban communities around the world. This year, the future of Ron Finley HQ was put in jeopardy when the property owner was faced with foreclosure after numerous attempts to secure a loan modification. Fortunately, Ron managed to secure the $500,000 needed to purchase the space he'd spent the last 10 years transforming into a sanctuary of beauty, bounty, and opportunity, but unfortunately, the battle for the Gangsta Garden left him with some serious legal fees. When she heard the news, Kim called up LA chef David Wilcox, and the two of them cooked up an epic benefit dinner to help pay the fees and secure the future of Ron's amazing work.

In the warm glow of the late afternoon sun, a group of Los Angeles' culinary luminaries prepared a feast from locally-sourced ingredients, as guests cooled off with crisp glasses of chardonnay from Sonoma's Scribe winery and Saddlerock cabernet grown straight from the vines that covered the surrounding hills. As musician Amberlin Morse strummed her guitar and sang, guests including Miguel, Marisa Tomei, James Bond of Undefeated, Artist Karen Kimmel and Target Chief Creative Officer Tod Waterbury happily made their way to rustic dinner tables strewn with flowers and fruit. When the sun began to set, guests were presented with course after life-altering course of delicious food from the geniuses behind The Journeyman, Felix, Kismet, Jon and Vinny, Gualegetza, Sqirl and Hatchet Hall, as Ron Finley delivered an inspiring speech about the future of his foundation. An auction led by our own Mr. Mickey followed, and the evening was crowned by the surprise presentation of a $50,000 check from Google, presented to Ron by a man in a rabbit suit from Leyla Salfi's legendary bejeweled ice cream truck, Heartschallenger (it was a PAPER party, after all).

Check out our highlights from this beautiful evening below, and make your own contribution to Ron Finley's Gangsta Garden here