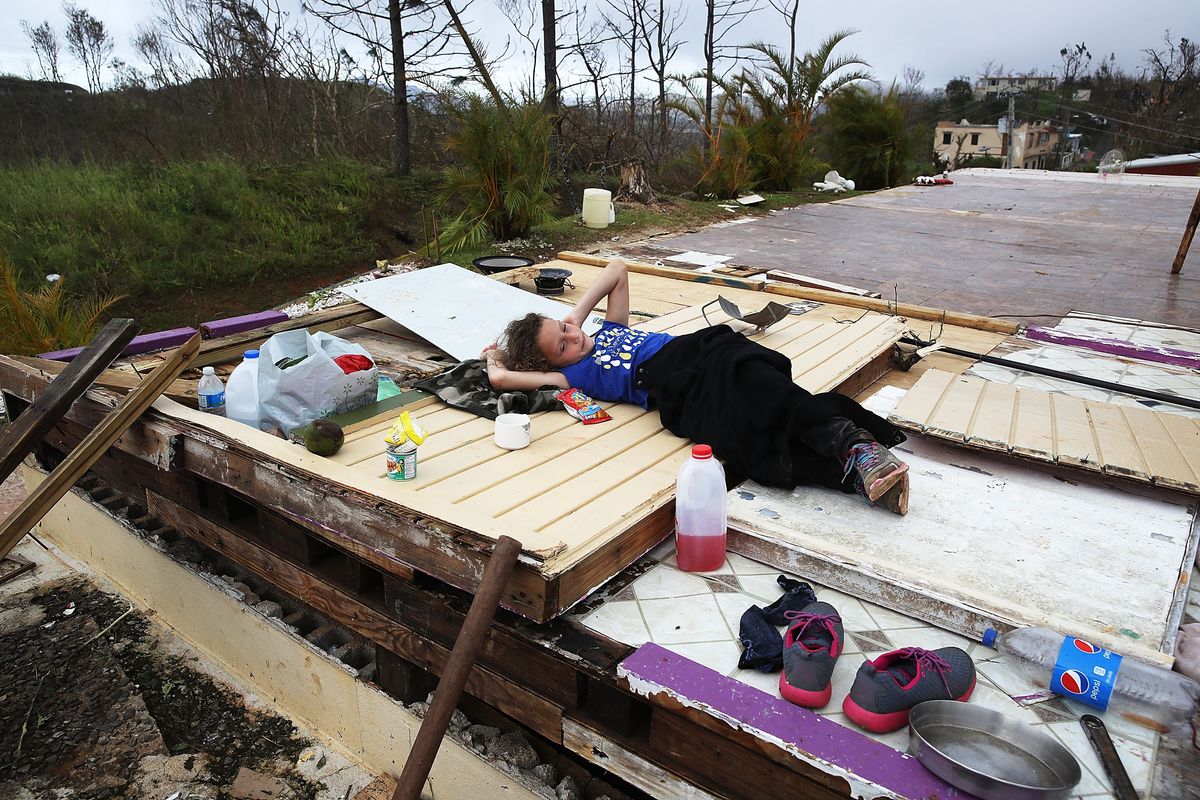 Puerto Rico, a United States territory home to 3.5 million Americans that exists somewhere between statehood and sovereignty, has been devastated by category 4 Hurricane Maria. The storm saw 160 mph winds wallop the island, causing a dam to break and resulting in major flooding throughout the island, which also lost electricity.

Puerto Rican Governor Ricardo Rossello called on the Pentagon on Sunday to provide more aid to the commonwealth, saying the island has faced "complete devastation." He added, "We need more resources from the Department of Defense so we can get helicopters and resources. We know that there are capabilities in the surrounding areas, helicopters, planes and so forth." Rossello also asked Congress to help in any way possible, saying, "Whatever relief package we have, whatever impact we have, we are U.S. citizens. We shouldn't be the lesser for it."

"This is a game changer," Rossello told CNN this morning. "We need to prevent a humanitarian crisis occurring in America."

It took Donald Trump a full five days to make a statement on the crisis, leading some to wonder if he knew that the island fell under his jurisdiction as president. faced a wave criticism for his deafening silence on Puerto Rico, despite his active Twitter presence over the weekend spent bashing the NFL.

Mr. President shut the fuck up about NFL. Do something about our people in need in #PuertoRico. We are American citizens too.
— Marc Anthony (@MarcAnthony) September 25, 2017

Hey @realDonaldTrump you can't wait that long. There will be a lot of American deaths on your watch if you wait that long. https://t.co/lwvtbcdtHU
— Lin-Manuel Miranda (@Lin_Manuel) September 25, 2017

Puerto Rico in crisis right now & Donald has not yet visited or talk about it .PR is part of the USA you know Don't forget about the island
— iamcardib (@iamcardib) September 24, 2017

He did finally make a statement on Twitter about Puerto Rico on Monday evening, sending out three tweets that seemed to blame the island territory for its own devastation, followed by a vague assurance that it was "doing well" ( contrary to reports from Puerto Rico's governor):

...It's old electrical grid, which was in terrible shape, was devastated. Much of the Island was destroyed, with billions of dollars....
— Donald J. Trump (@realDonaldTrump) September 26, 2017

...owed to Wall Street and the banks which, sadly, must be dealt with. Food, water and medical are top priorities - and doing well. #FEMA
— Donald J. Trump (@realDonaldTrump) September 26, 2017

The Monday night tweets were the first comments Trump made publicly about Puerto Rico since right before Maria hit five days earlier. At that time he said, "We are with you."

Governor @RicardoRossello-
We are with you and the people of Puerto Rico. Stay safe! #PRStrong
— Donald J. Trump (@realDonaldTrump) September 21, 2017

Even without Trump's outright support, relief efforts to the island will go on, and there are many organizations accepting donations to provide immediate help to victims:

The Miami Foundation: comprised of two different funds, which includes for hurricane relief work that "will support recovery and rebuilding work driven by organizations on the ground," and one called U.S. Caribbean Strong Relief Fund that "will support relief efforts in Caribbean island nations and territories, including Antigua & Barbuda, U.S. Virgin Islands, Cuba and Puerto Rico."

Below is a helpful map that locates donation centers, courtesy of www.diasporicans.com: