Henry Hall Will Soundtrack Your Weekends in Bed

When I first met him my freshman year of college, Henry Hall seemed to be more myth than man. Son of Julia Louis-Dreyfus and Brad Hall, front man of one of the college's most popular bands, quite gifted in bed according to a girl on my hall who smugly reported that he'd given her the best head of her life and then sang her to sleep. This folklore would have been enough for the entire campus to listen to the music he wrote, composed, and performed with his college band, Grand Cousin, but their high-energy lo-fi sound was captivating and cerebral enough on its own to establish Henry as an extraordinary musician. The mythos that surrounded him was just the cherry on top.

Though his sound has grown into something more ethereal and complex, there's no question that the Henry Hall of Grand Cousin is the Henry Hall of now; if his (sometimes sickly) sweet voice isn't instantly recognizable, the precision and fullness of his melodies are. But if the Henry of Grand Cousin is an old wives' tale made up of SNL legends and orgasms, the Henry of Questions, Comments, Concerns is intimately grounded in the anxiety of the present.

When I FaceTime Henry, he's sitting in the Santa Barbara home in which he and his family spend holidays and most of their time together. I make Henry flip the camera so that I can see what he sees out his window — a dramatic drop of brush into the distant mountains. It looks like every closing vista of every John Wayne movie ever made. 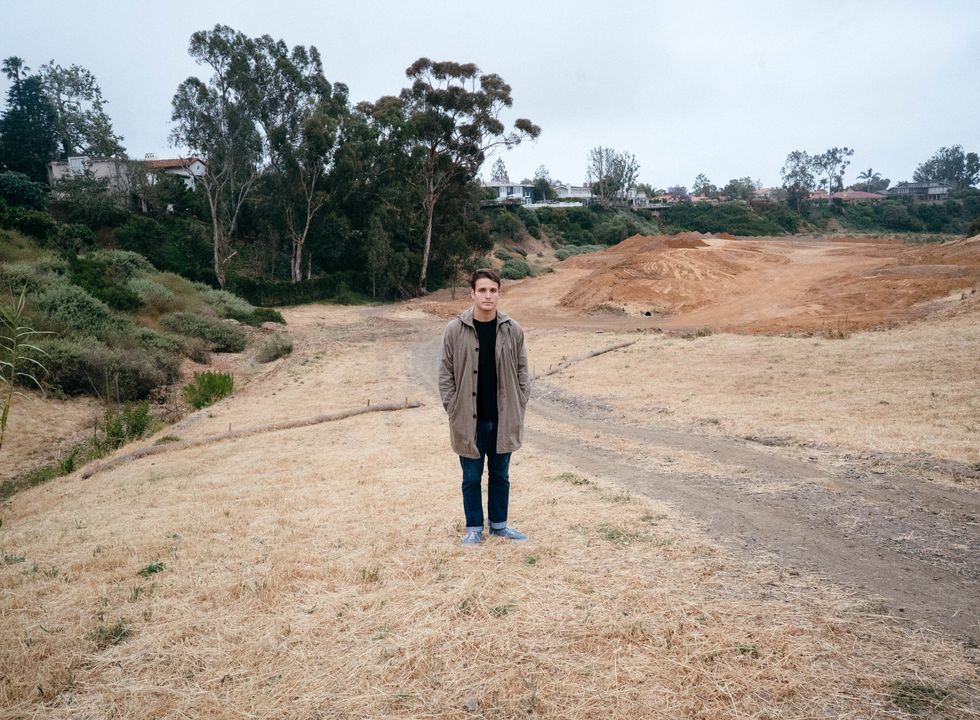 But Henry could be anywhere, bundled up in his navy hoodie as he is, smiling widely as we talk about the exercise class he'd taken with his mom that morning.

"She is so good," he says, shaking his head. In both fitness ability and otherwise, Louis-Dreyfus's talent is a lot to live up to. But Henry never felt that pressure. In fact, the closest Henry ever got to expressing interest in acting was during a temper tantrum.

"When I was like seven or eight, I was crying to my mom, 'Why can't I be an actor?'" He does this last bit with whiny flare that is, all things considered, quite convincing. "And she told me 'You can't be an actor now, but you can when you're fourteen.' And I was like, 'NOOOO.' As if 14 was the magic number and so, so far away."

"A professional surfer," he says without hesitation.

There's a difference between being shy and being introverted, and Henry Hall's music occupies that chasm. In both song and person, Henry is outspoken, unabashedly sincere, someone who can get along with anybody as long as they can take a joke; but his music is still always in search of spaces in which he can be alone.

Henry's new EP, titled Questions, Comments, Concerns, is an aural explanation of his anxiety and its contradictions.

"I think I'm an introvert, but I'm an introvert only because I don't gain energy from being around other people. Once I'm charged up I'm happy to be around other people, but I can only do it for so long," Henry tells me with careful consideration. "That leads to a lot of feelings of guilt and letting people down and that kind of trajectory probably led to my writing 'Missing Out On Purpose.'"

A single off of QCC, "Missing Out On Purpose" is an introspective and anxiety ridden track that voices all of our existential crises with more accuracy and harmony than we are capable of producing. Henry describes the song as "the most direct line to what my emotional outlook is and how I feel on a regular basis."

The song's theme is resonant if not ubiquitous. With longing in his voice, Henry sings, "Should be going out, hanging out, trying out, feeling out/ Making out, making out, making out, and making out/ But instead I'm in bed doing nothing." We all know too well that the anxiety of wanting to be present, to connect, often overwhelms and distracts from the very act of connection that we so desire. Yet ironically enough, this anxiety becomes a point of connection for us all. In "Missing Out On Purpose," Henry wields his alienation to make us all feel a little less alone. 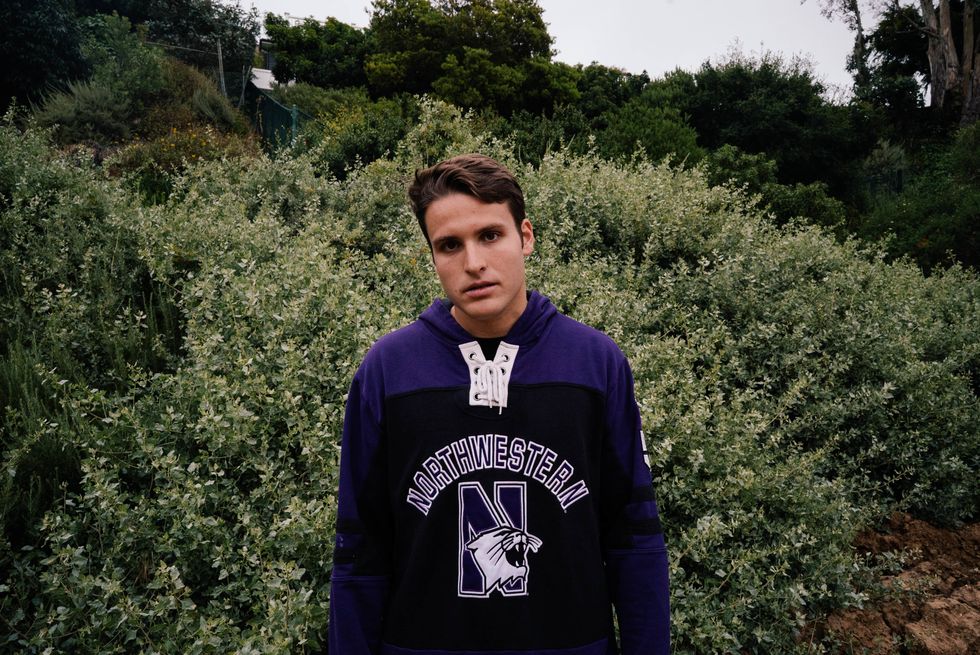 But it's "Proverbial Ice" — an indie surf ballad that spirals into a sonically dark confessional — that feels like the true reckoning of Henry's anxiety. It is soul-wrenching, whimsical, musically as full of contradiction as Henry is. The song is an impressive synthesis of pop, electronic, and rock, an amalgamation of his last three EPs that works in spite of or perhaps because of its indecision.

"'[Proverbial Ice]' is about wanting to ditch everything that you know and that sort of desire to have a completely new life and start a blank slate and focusing on things that you don't have experience at all with," Henry explains, "and the thing I know nothing about and have absolutely no connection to is hockey."

"Nothing can make me happier than a sport that I've never known," Henry croons in an admission that feels like an updated and more honest version of "the grass is always greener." In the song's chorus, Henry's mom — lest we forget, JLD — reminds Henry that he's from LA and he's never played hockey in his life. Still, metaphorically and otherwise, a boy can dream, and he does so in the music video, which you can watch above exclusively on PAPER. At the song's climax, Henry is dressed in hockey gear from head to ankle; the only things he's missing are the skates. It's an apt image for a song about being stuck in what you know.

Questions, Comments, Concerns is an event that you, for once, do not want to miss. We're all staying in, anyway, so you might as well let Henry's EP be the soundtrack to your weekend in bed.