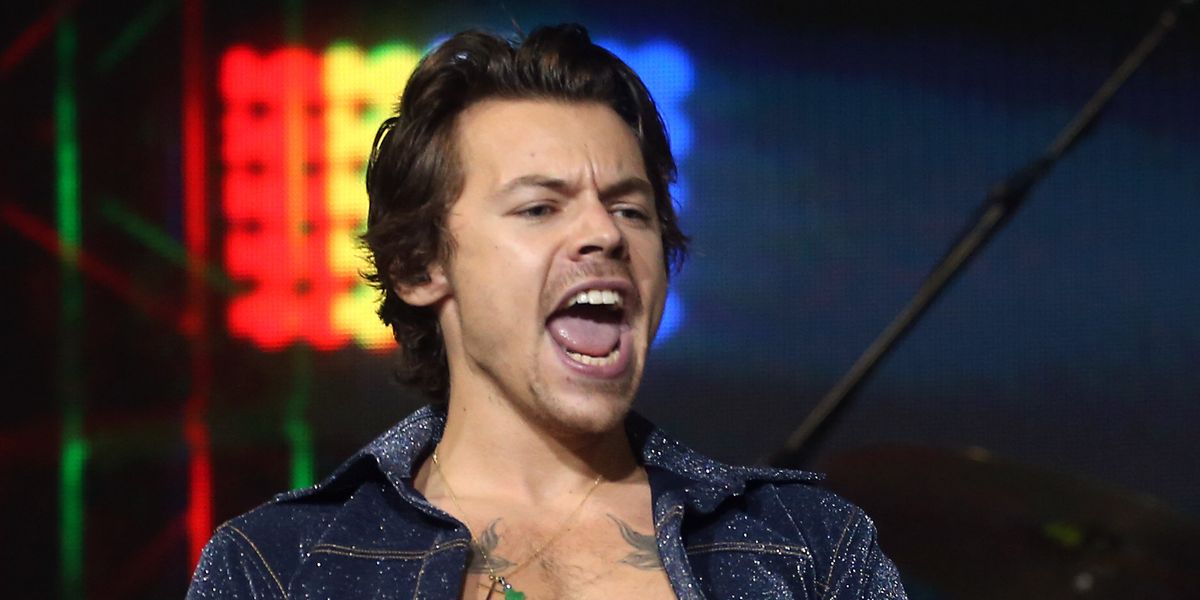 And so he did! I wouldn't have minded more movement in his narrow, suspendered hips, but Styles added plenty of heartthrob panache via a rock and roll spin on the soul-style vocals. He also bravely attempted Lizzo's high-pitched delivery of: "If you say I'm not the baddest bi-itch you lie" line.

harry styles covering juice by lizzo is the only thing you’ll need to end this decade in the best way possible https://t.co/1jOtOyBSzR
— irene (@irene)1576675179.0

He also felt the need to PG-13 the song, turning "bitch" to "Mitch" (the name of his guitarist) and replacing "David" with manager Jeffrey Azoff's first name in the line, "David, you ain't bein' slick/Don't dare try to cop a feel."

"I just think she's amazing," he said of Lizzo during the show. "She's one of the most exciting artists working now for sure. She's exactly what you want an artist to be, which is themselves."

He also performed Paul McCartney's "Wonderful Christmas Time" as well as his own songs: "Adore You" and "Lights Up."