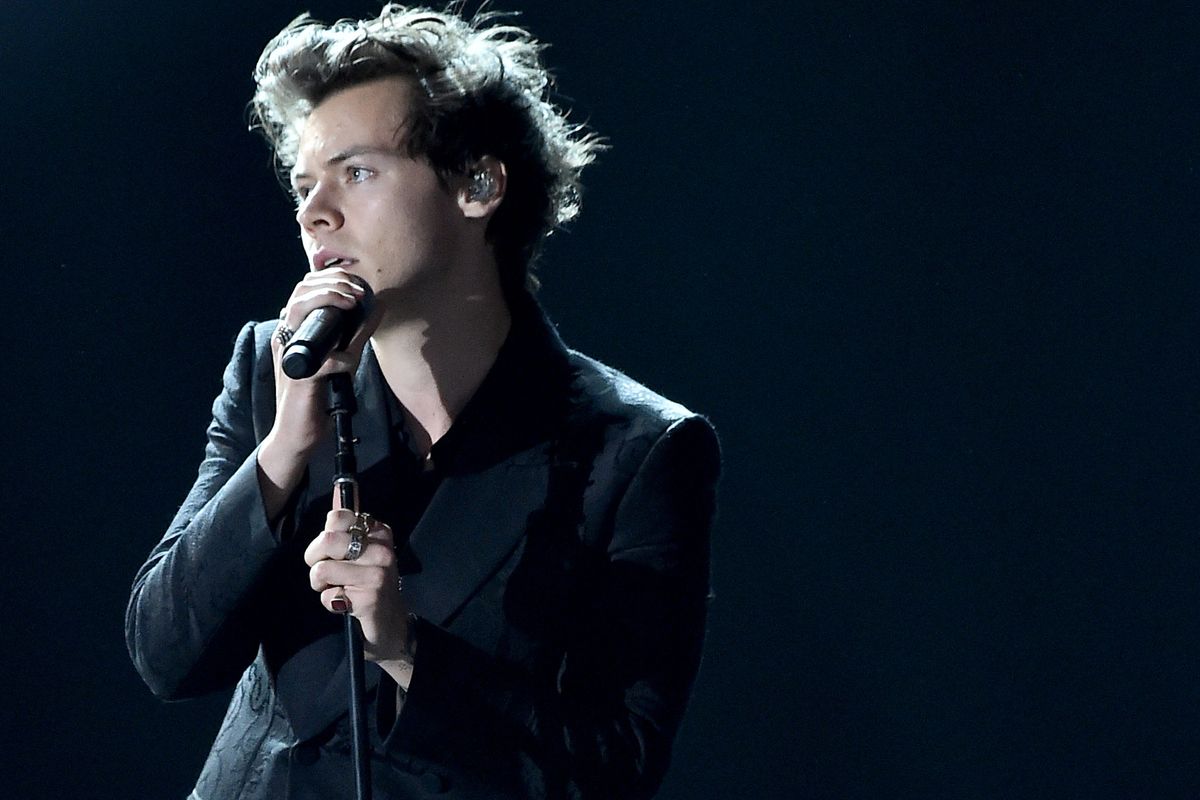 After covering Shania Twain together during the Harry Styles Tour, the British singer goes full-on yeehaw with Kacey Musgraves once again — this time at the country singer's tour stop at Nashville. The two shared the stage for the hit Golden Hour single, "Space Cowboy."

Bridgestone Arena, as the last stop on Musgraves's Oh, What a World: Tour II, was in for a treat on Friday night. Styles appeared as a surprise, and fans were all delighted so see the two reunited and hear their angelic voices harmonize.

This was also the first time in a while since the "Sign of the Times" singer has performed. He last sang live in honor of the legendary Stevie Nicks and her induction into the Rock and Roll Hall of Fame.

harry was the one who flew all the way from london to nashville to headline kaceys tour but thanked her before kiss… https://t.co/Ns6OnzrPHs
— cherry (@cherry)1572080531.0

"As a peer, and someone I like to call a friend, it's always a pleasure, an honor to share the stage with this lady," Styles said at the end of the song, per Rolling Stone. "She's made a couple of my favorite albums, and it's an honor to be here tonight with all of you to say congratulations and round off this wonderful tour, and a wonderful year."

At the concert afterparty, Styles was also spotted sporting a Storm Trooper costume, having fun and dancing.

Styles is also set to host and be the musical guest on Saturday Night Live on November 16. Fans will surely be on the lookout for a "Lights Up" performance, and — with any luck — a new song drop.

For now, watch the full "Space Cowboy" duet, below.