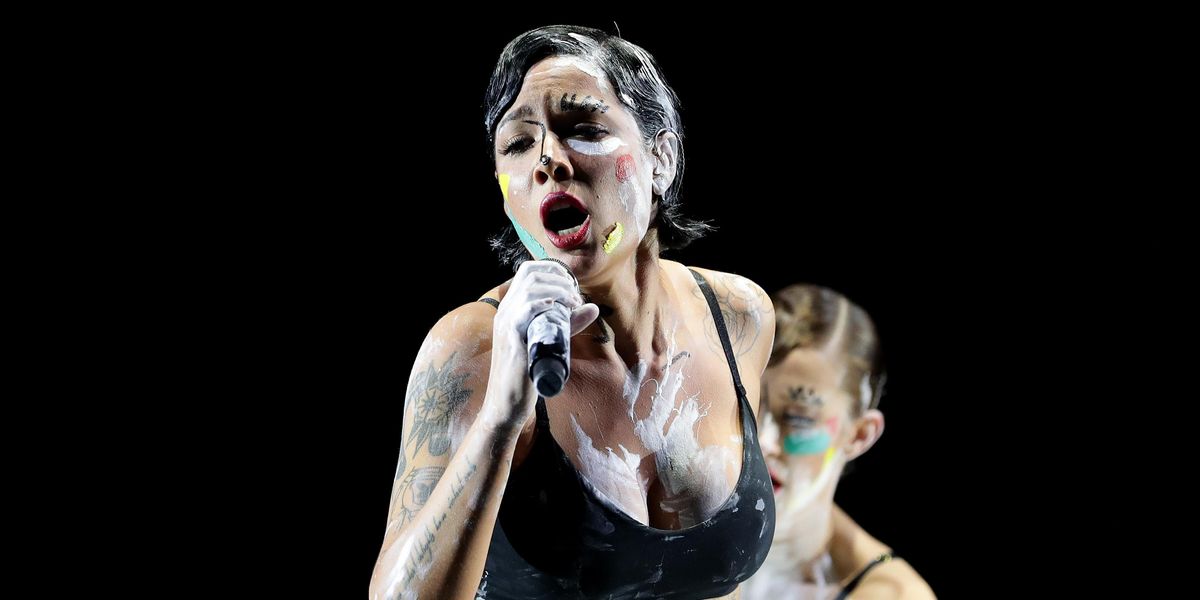 Ahead of the release of her new album, Halsey is dropping a cinematic masterpiece. On Thursday, the "Without Me" singer released a new trailer for IMAX Experience: Halsey Presents If I Can't Have Love, I Want Power.

Related | Halsey Has Given Birth!

The hour-long film, written by Halsey herself and directed by Colin Tilley, is going to be set to the music of the artist's forthcoming album, If I Can't Have Love, I Want Power. It's a fantastical period piece that is equal parts sensual and sinister. And with Law Roach styling the star, it's no surprise that the fashion looks to be absolutely on point.

Halsey hasn't revealed too much about the plot of the film, but fans are looking forward to seeing her push creative boundaries with her art once more. The "disruptive album and film experience," as her press releases call it, was all written by her so we're going to be getting a good look into the inner workings of her creative mind.

If I Can't Have Love, I Want Power will be showing in select IMAX theaters in the US on August 25 and internationally on August 26 for one night only. Tickets will be available for purchase here on August 3rd. Meanwhile, the album is set to be released on August 27th.

Watch the full trailer for the IMAX movie, below.