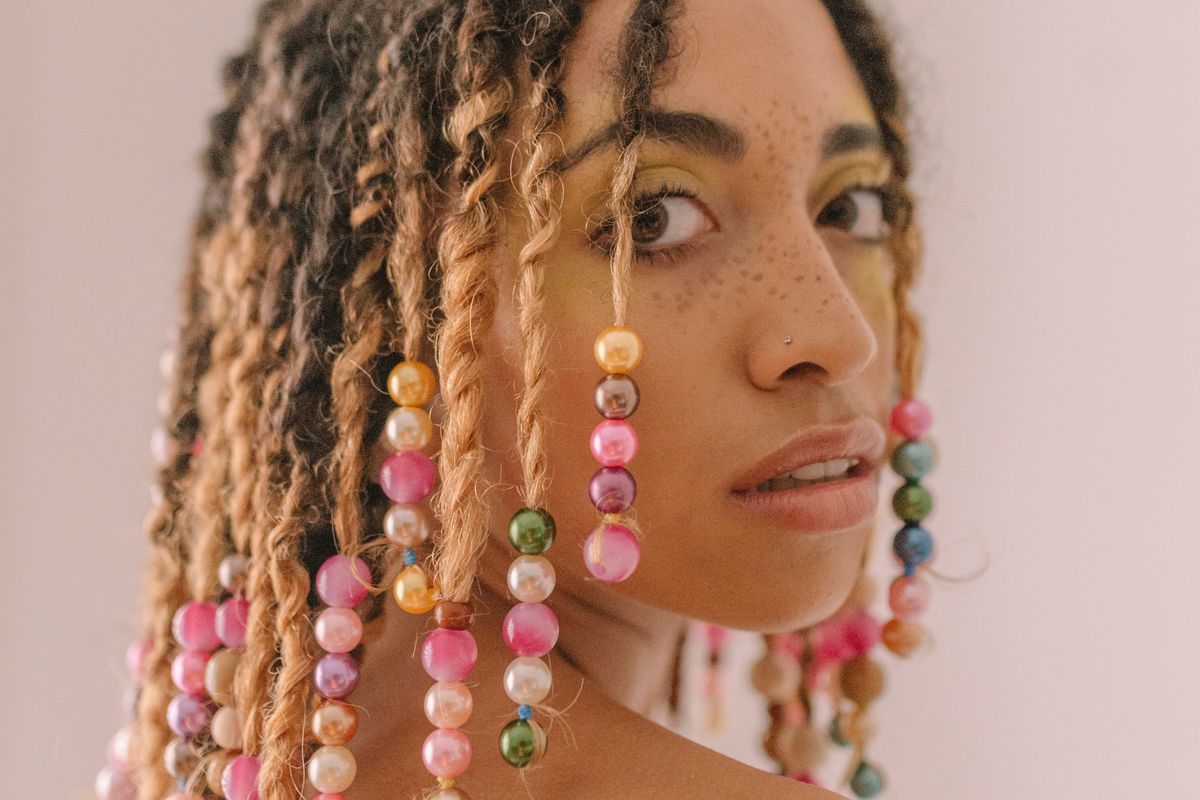 "The world would be very boring if we were all the same."

Sol Bela is a 22-year-old photographer originally from Equatorial Guinea in Central Africa, who has lived in Barcelona for the past decade. Therefore, half her life was spent living away from her homeland, and throughout high school, she was the only Black girl in her classes.

Furthering her sense of otherness was a lack of fair representation of Black people in media. Being unable to see herself accurately and regularly reflected in the media and culture around her proved still more isolating. "I grew up with many insecurities in Europe," Bela tells PAPER. "And the girls who did look like me were stereotyped."

"We are not fashion, we are culture."

Bela set out to change that, as well as her own perceptions, by immersing herself into the fashion world. "I wondered, Where [are] the people and the girls who looked like me?" she says. So, she started out as a photographer for a fashion blog, and found that her professional aspirations were clouded by her circumstance as a Black woman working in a Eurocentric fashion industry.

She soon left the job to strike out on her own. Bela says she realized that she could not wait for inclusion or acceptance within a white-dominated field, noting that telling her own story would prove more powerful. "We are not fashion, we are culture," Bela says. "All the symbols that were related to me were represented by white people and not by people like me. In fashion, I only saw my culture appropriated, but I didn't see my people represented. Basically, people use Black aesthetics but don't want to know about Black culture."

So Bela created "Hair Stories," a photography-based project committed to showcasing the inherent diversity and richness of African diaspora, and also, a way to preserve "the memory of the many hairstyles that my mother used to make me when I was little."

Bela says her photography is dedicated to women, to minorities, and as such, she focuses primarily on shooting ethnically diverse people — whether Black, Asian, Muslim, or Latinx. "This series is a celebration of Afro hair and a way to describe the versatility of black women," she says. "It is an ode to my inner child, and a healing, familiar space for all people involved in the project."

In addition to casting models of color for "Hair Stories," Bela notes that for this and all other projects, she prioritizes working with stylists, make-up artists, and behind-the-scenes creators of color, because she knows firsthand how difficult it is to survive in the fashion and beauty industries without familial support. "I want us all to grow together, as brothers and sisters," Bela says. "Not only is 'everybody and every body beautiful,' but who decides what is beauty and what is not? The world would be very boring if we were all the same."

See a selection of images from Sol Bela's "Hair Stories," below.