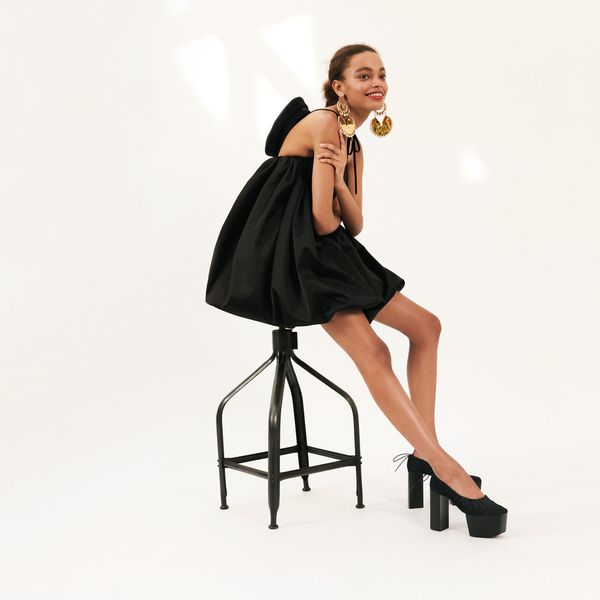 Patou Gets A Facelift From Guillaume Henry

When Guillaume Henry left his creative director role at Nina Ricci in March 2018, he found himself reflecting on the state of fashion and what he wanted out of his next chapter. "I was searching for how to make my position relevant in today's world," he says. "I had the feeling that everything was going so fast. I was probably a little disconnected and wanted to reconnect with something that had meaning."

As fate would have it, an opportunity presented itself when LVMH bought Jean Patou, the couture house whose eponymous late founder was one of the leading designers in the '20s and '30s and who counted Coco Chanel as his main rival. Patou was one of the first to introduce casual sportswear to women's wardrobes, and one of the earliest to monogram his clothes with his initials.

Henry was offered the chance to design and revive the dormant French brand, which stopped showing ready-to-wear in 1987, and introduce it to a new generation. After renaming it to just Patou, he debuted his first collection of accessibly priced ready-to-wear and accessories during Paris Fashion Week in September, a whole year after he was first tasked with the relaunch. The clothes he showed are imbued with a certain charm and sense of character, including frilly lace blouses, mini bubble dresses, wide-legged cuffed jeans and knitwear embroidered with the original JP logo from the '20s.

"We really wanted to focus on the idea of the wardrobe," he says, adding that he's mostly inspired by the women around him and how they dress, including his friends, family and coworkers. In addition, each piece contains a QR code that when scanned reveals everything about how and where the garment was made.

Related | Why You Can't Look Away From Cursed Images

As for what's next, he's looking forward to spreading the joy and friendly ethos of the brand to women everywhere. "Patou is a smile, Patou is about quality, Patou is about energy, Patou is about enthusiasm," Henry explains. "Patou is about great clothes that you're able to mix and that's going to follow you throughout your daily life, no matter if you're in Paris, Hong Kong or New York. Patou in his time was a visionary, and I love the idea of working with heritage while still bringing something new."