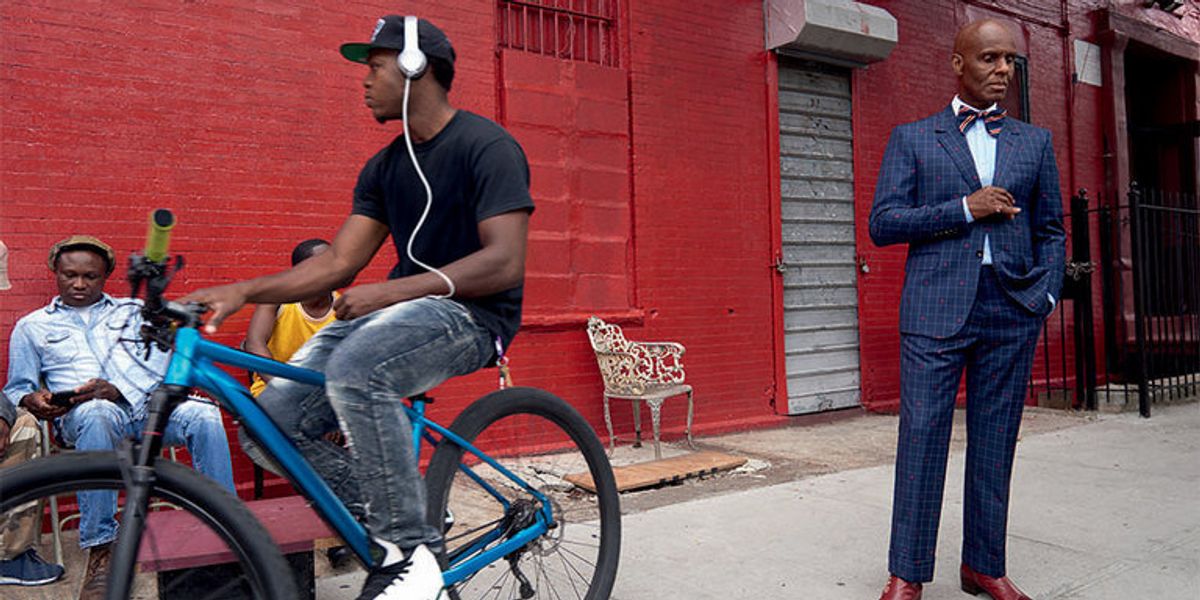 After presenting its Resort/Cruise show in Florence, Italy back at the end of May, Gucci came under fire for sending some looks down the runway that looked scarily like some other recognizable classic designs from 90s bootleg icon Daniel Day — better known as Dapper Dan. Specifically, creative director Alessandro Michele sent out a zip-up mink jacket with monogrammed puffy sleeves that recalled a creation Dan originally made for Olympic winner Diane Dixon all the way back in 1989.

Side-by-side pictures like the one above quickly began to circulate across the internet as conversation switched towards issues of appropriation and whether or not something so clearly repurposed from another garment could veritably be considered a simple "homage." Though it could have been under better circumstances, this fiasco (and all the thinkpieces it sparked) brought Dapper Dan's legacy to life, helping to establish his name for a new generation of fashion obsessives.

Well, it would seem that Dan's recognition is only continuing to rise, as it has been announced that he is planning to reopen his iconic and revered 24-hour atelier. The best part? It's all being sponsored by Gucci itself. Now, rather than riskily counterfeiting his own knockoff logos of popular brands like Louis Vuitton, Fendi, or the aforementioned Gucci, Dan will have raw materials supplied directly to him by Gucci's own ateliers.

Whether or not Michele and Gucci's decision to support this independent couturier was a direct result of the vitriol they received after the show is still up for debate. But either way, Dan seems elated about the future. Speaking to Matthew Schneier of New York Times, Dan said, "I was just excited about it being there. The part about appropriation, Alessandro and I are part of two parallel universes. The magic that took place as a result of what he did was bringing these two parallel universes together. That opened a dialogue between us when we finally got in touch with each other. I found out how similar our experiences were, the way he grew up and the way I grew up, and how he was influenced by me. I was never apprehensive about what took place. The public was more up in arms than me."

In addition to the exciting announcement, Gucci also tacked on two more exciting partnerships with Dan. One is image-based, as the company unveiled its new tailoring campaign, which stars none other than Dapper Dan himself. Standing outside of a red building, as a group of men sit on a bench chatting, Dan looks positively statuesque in an impeccably fitted navy blue suit and brown boots. Lastly (but definitely not the least), Dan will work directly with Gucci to produce a special edition capsule collection that will be sold in Gucci stores worldwide. Talk about exposure!