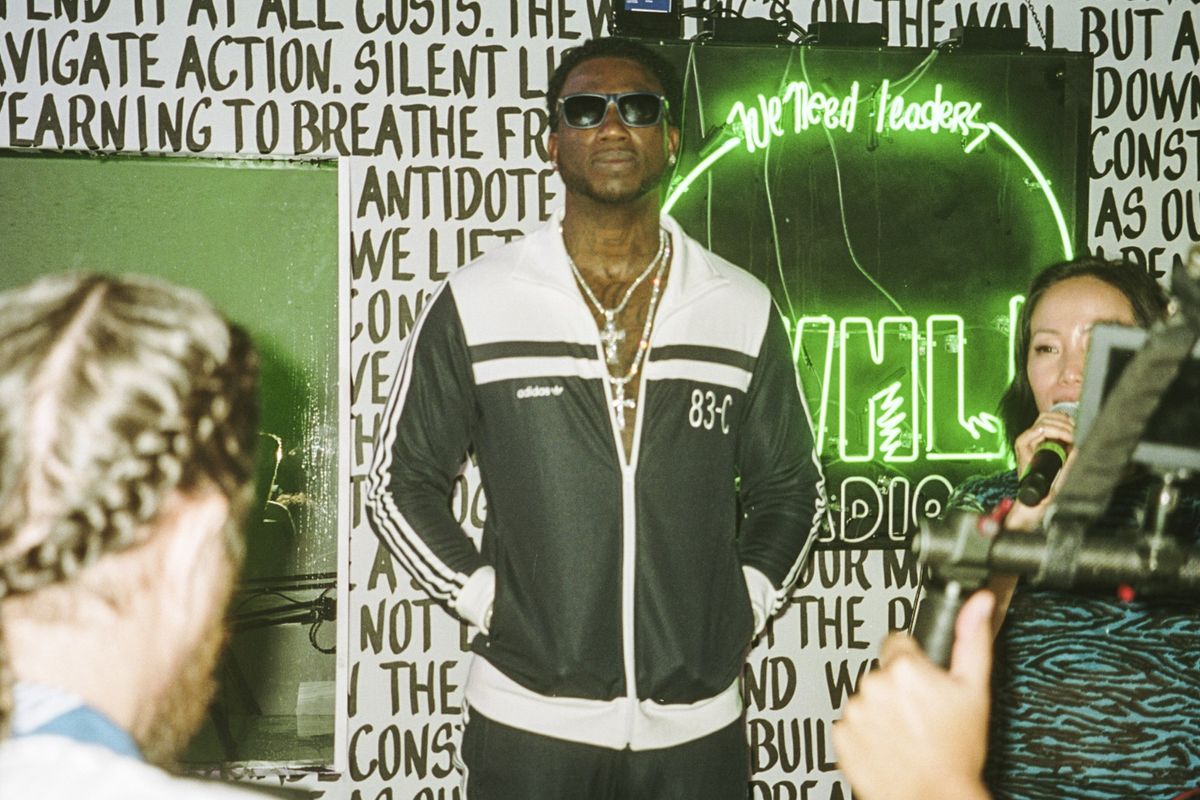 Gucci Mane sat down with Bomani Jones and Dan Le Batard for ESPN's "Highly Questionable" this week to discuss his career and recent turn in prison. Their expansive conversation covered everything from his addiction, the PTSD he suffered after the "violence and paranoia and drugs" of his music career, and his $75,000 Bart Simpson chain.

"I felt like I was gonna kill somebody, for trying to kill me" Gucci said about his PTSD. "I just kinda, in my mind I felt like someone was going to try to hurt me, try to rob me, do something to force my hand to defend myself and hurt them. I felt like it was inevitable that I was going to hurt somebody and end up going to prison or something like that."

While in prison, Gucci says he got the chance to "dry out" and introspect. He read As a Man Thinketh, a self-help book by James Allen which he says helped him focus more on his thoughts.

Watch the full interview below:

.@gucci1017 joined us for an honest discussion about his recovery from addiction...then talked to Papi about his Bart Simpson chain. pic.twitter.com/Jd5OYHCxCs
— Highly Questionable (@HQonESPN) January 6, 2017