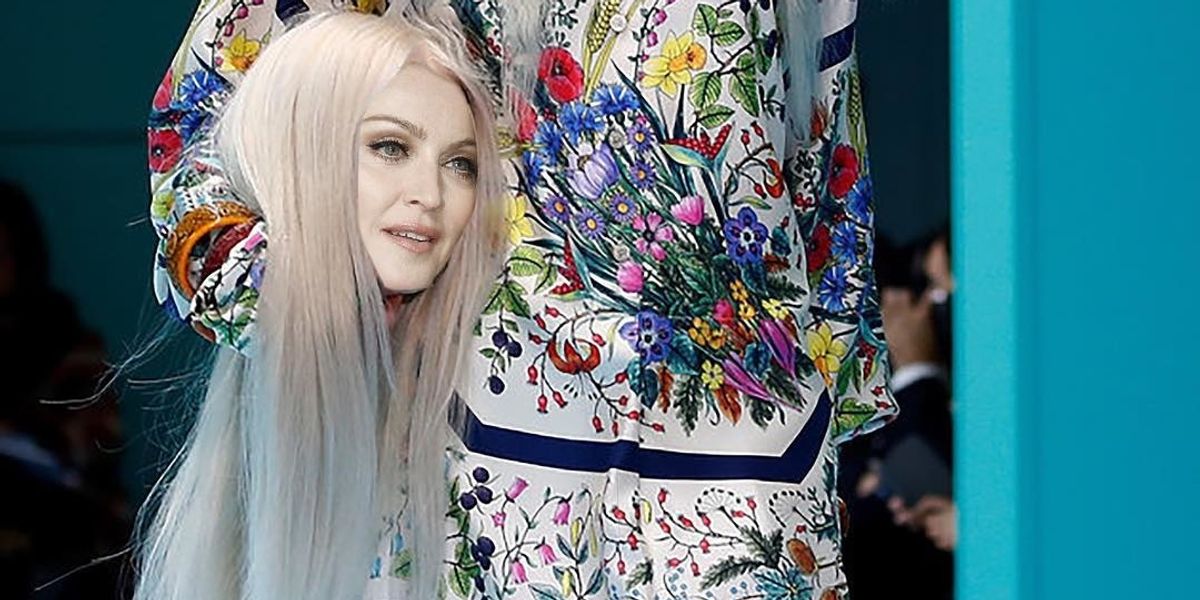 Gucci's Fall '18 maximalist runway show at Milan Fashion Week was filled with Game of Thrones references, from the life-like baby dragon, to the Red Queen look, to Ned Stark tributes via models carrying their own decapitated heads. It's that latest nod that has now morphed into the best new meme: Gucci Game of Thrones.

Tongue-in-cheek apparel brand Urban Sophistication imagined what heads some of our favorite cultural icons would carry, were they involved in a real-life version of the ultimate game of power.

There was Lady Gaga holding the head of her art-pop forebearer, Madonna:

A case for Kim K's ascension as the reality star socialite:

And in more of a "who's who?" than a straight up blood-letting, Justin Bieber holding Miley Cyrus' smiling head:

As far as ridiculous meta-memes go, this one might be our new favorite.