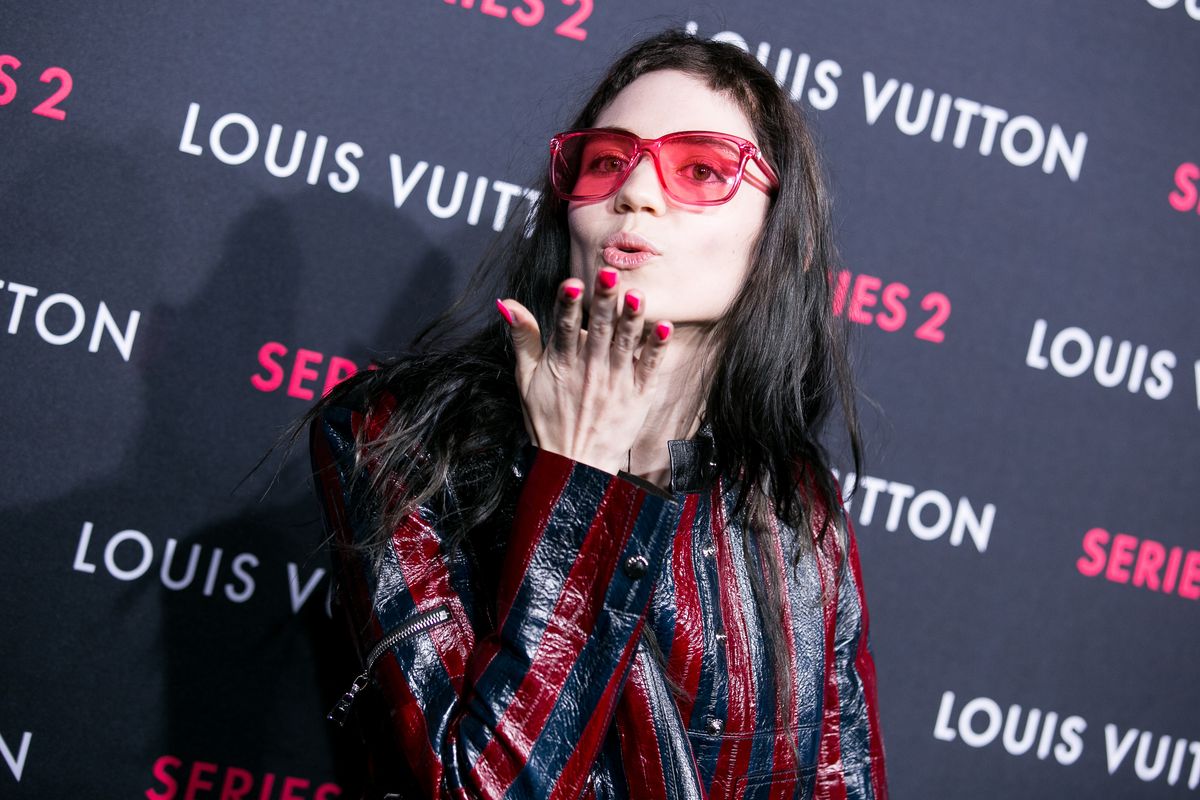 We're close to being two years removed from Grimes' last album, the excellent genre-hopping Art Angels, and it's only natural that we start getting impatient for the multi-hyphenate's followup. Aside from an interview from last year where she said she was "halfway done" and a later one where she gave some hints about what the album's sound would be, there is not much information about what to expect from (or when to expect) the new abum.

This weekend, however, the artist born Claire Boucher revealed that she had been hand-selected by LOVE Magazine's Carine Roitfeld to appear in Harper's Bazaar's annual "Bazaar Icons" list by taking to Instagram to share the video that announced her inclusion. In the caption, she thanked the magazine, the photographer/videographer Brigitte Lacombe, and Roitfeld for selecting her—an accomplishment she cites as "moving up in the world guys!"

More importantly, Grimes also used the caption to give an update on the progress of her new album. Noting that she knows she's "been quiet lately," she assured fans that she was "in the studio every day trying to legit make something you've never heard before." That's quite a big statement for an artist known for consistently making things we've never heard before, but surely enough, she maintains that her Art Angels followup would focus on "unexplored sonic landscapes." According to the singer, she needs "another month or 2 of pure unadulterated creativity at which point I will begin finishing tracks."

Though the wait has felt almost unbearable, Grimes does seem laser-focused on getting this new music out to us as soon as she can. She closes the update with a simple promise: She "won't let u down."