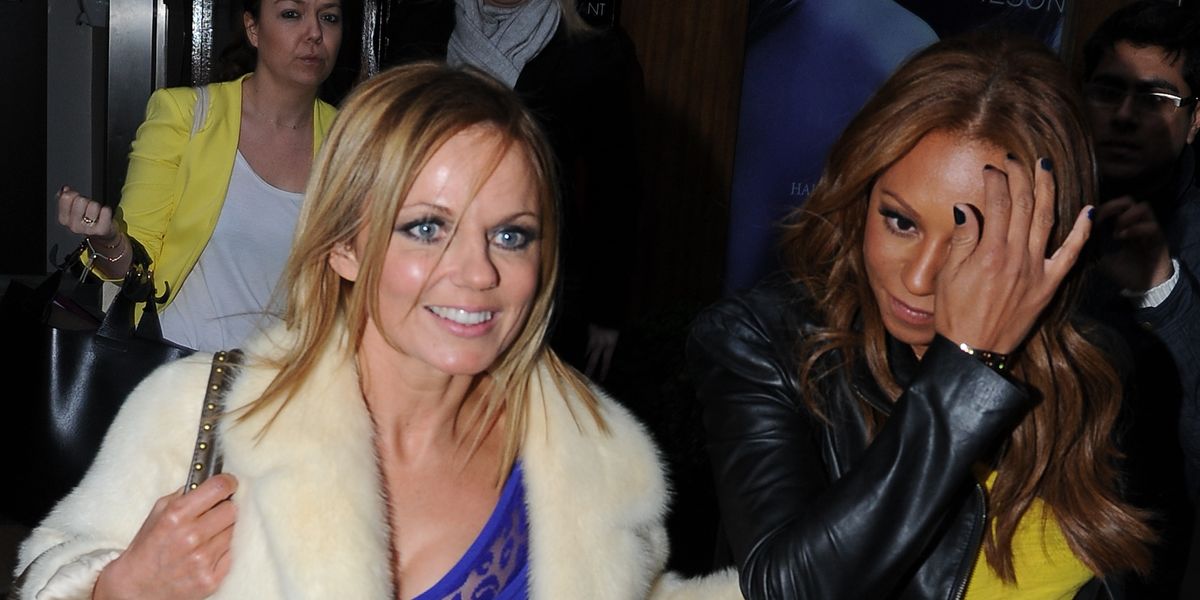 Mel B rocked the Spice World last week by reluctantly revealing that she and bandmate Geri Halliwell-Horner once slept together — seemingly confirming a longstanding rumor that the two had, er, become one. Scary Spice confessed the hook up to Daily Mail columnist Piers Morgan, and immediately seemed to regret the overshare: "[Halliwell] is going to hate me for this because she's all posh in her country house and her husband. But it's a fact. It just happened and we just giggled at it and that was it."

That prediction has proved correct. Halliwell-Horner issued a firm denial of Mel B's claim on Monday. She seemed offended by the notion of two women having sex, which is sad.

Halliwell-Horner's representative firmly told The Daily Mail that Mel B was lying, saying that the singer "would like [Spice Girls fans] to know that what has been reported recently is simply not true and has been very hurtful to her family." The denial might be rooted in Halliwell-Horner's Christian faith — when Mel B's claim first made headlines, a source told British tabloid The Sun that "since marrying Christian, Geri has worked hard to shake off her old playgirl image and sort of reinvent herself as this perfect Stepford Wife. Mel immediately rang Geri to try to repair the damage."

Despite denying her and Mel B's alleged tryst, Geri is still excited to reunite with her bandmates for an upcoming world tour. "Moving forward, Geri can't wait to see the girls and all the fans on the tour, have an amazing time with everyone, and make some new memories," the statement concludes. Phew.