Following the end of My Chemical Romance, former frontman, Gerard Way, has kept busy as a successful comic book writer and illustrator. His Dark Horse series Umbrella Academy already has a Netflix show in the works, he created a pop-up imprint for DC, and has tackled Marvel's Spider-verse. But even with all that on his plate, Way still isn't too busy for music.

In his first release since a short two-track EP in 2016, "Baby, You're a Haunted House" is the angsty gothic bop we have been waiting for since our Hot Topic-wearing middle school days. Full of thrashing guitars and Way's pop-punk vocals, the head-banger confronts the sticky reality of how our personal demons can sabotage even the best relationships.

With a similar punk vibe to Cheap Trick's "I Wish It Was Christmas Today," Gerard Way may have finally given us the Halloween anthem we all deserve. No longer do Halloween parties need to be confined to the same tired rotation of "Thriller," "The Monster Mash," and the Ghostbusters theme. So dig out your blackest lipstick and prove to your parents that it wasn't "just a phase" by making Halloween pop-punk again, like it rightfully deserves.

Listen to Gerard Way's new song "Baby, You're a Haunted House," and read an exclusive handwritten letter about the track from the singer, below: 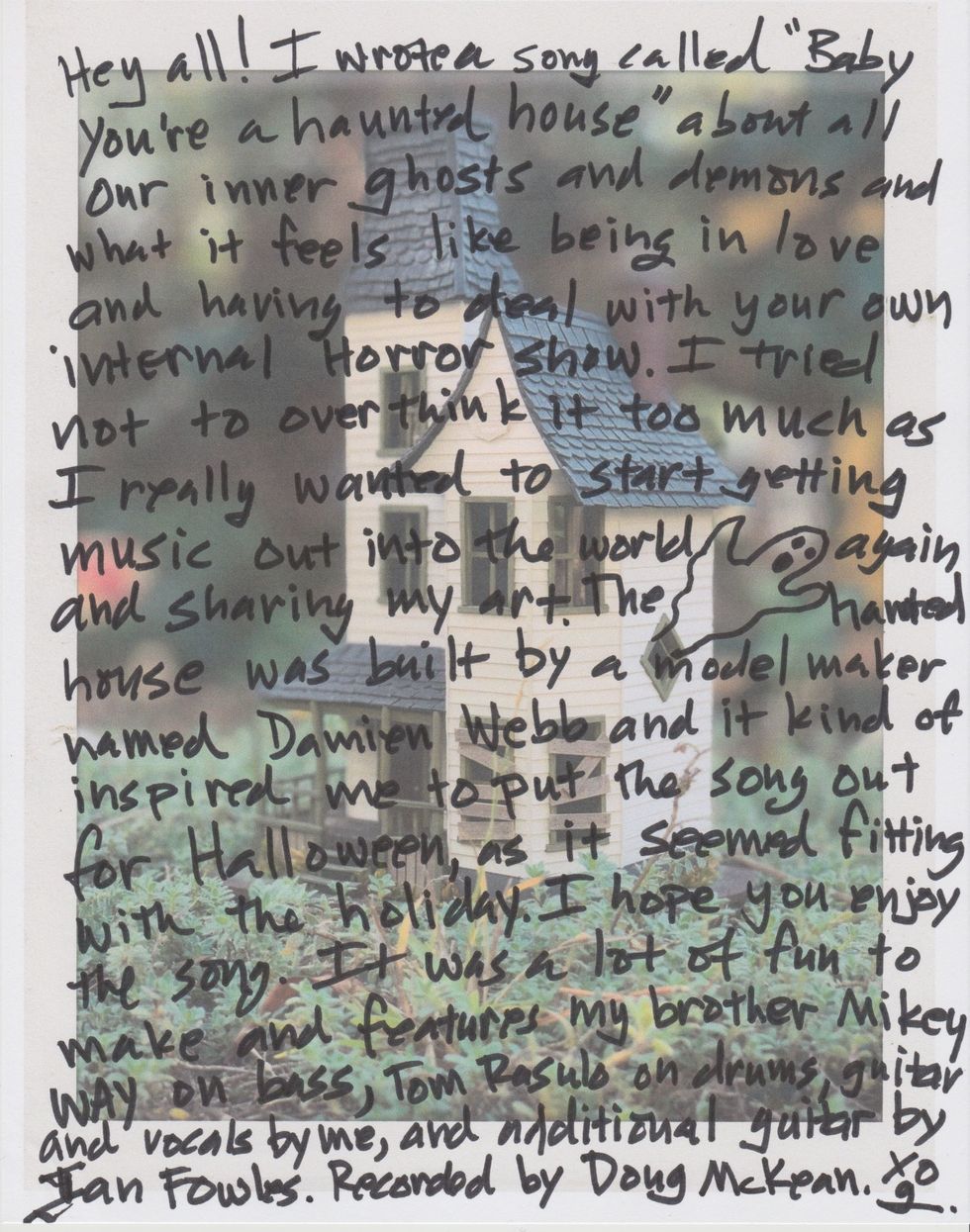