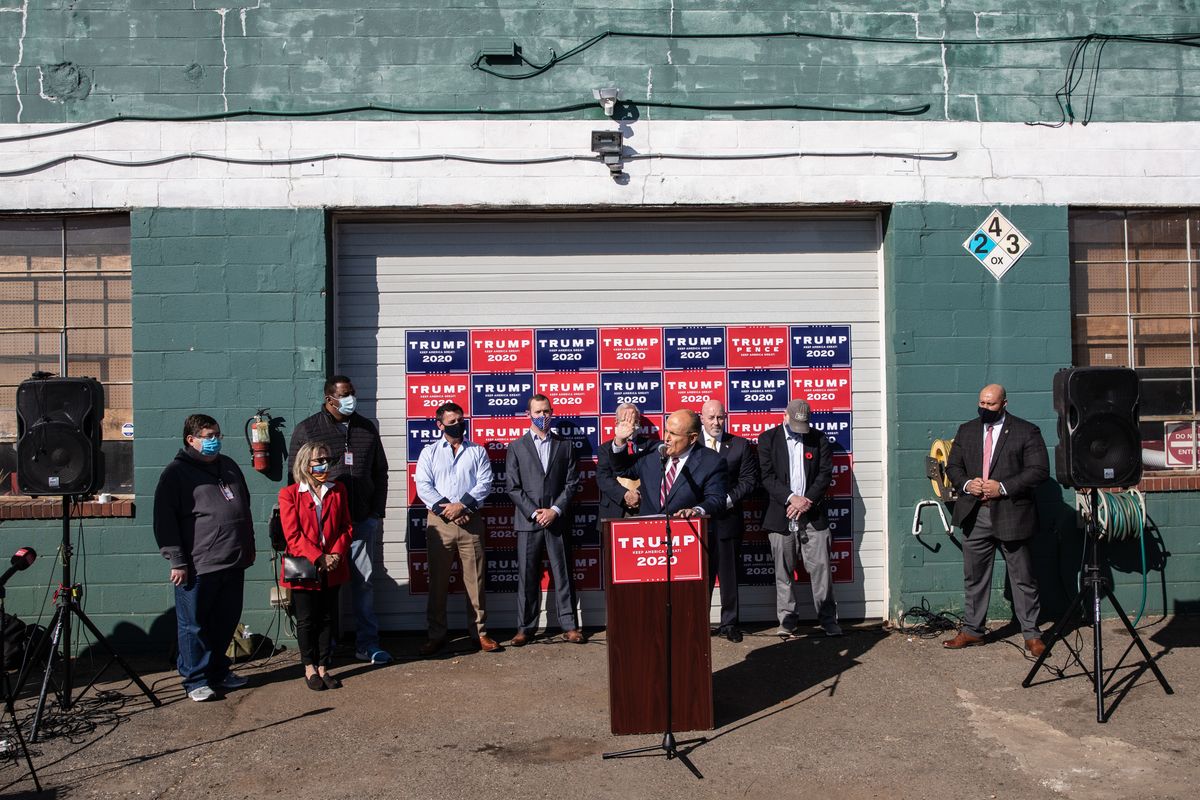 Furries have a new virtual meet-up spot, and it's none other than a VR version of the much-memed Four Seasons Total Landscaping business.

Shortly after news outlets reported that Joe Biden had won the election on Saturday morning, Trump announced that his campaign would be holding a press conference at the Four Seasons hotel in Philadelphia. However, in a surreal mix-up straight out of network television comedy, the slapdash event actually ended up taking place in the parking lot of a similarly named landscaping business — something that's since lent itself to plenty of online confusion, many jokes, and even merch.

But just when you thought it couldn't get any better, the furry community has one-upped all of the memes by creating an exquisite online rendition of the moment, which includes a rickety "Trump 2020" podium and hastily made backdrop.

In a video tweeted out by YouTuber Coopertom on Monday, a number of furries can be seen hanging out in a virtual reality version of the infamous parking lot via VRChat. And while Coopertom revealed that they're still working on adding the crematorium and sex shop that are next door to the IRL Four Seasons, that obviously hasn't stopped furries from using the space to throw a continuous online party — and for good reason.

In the meantime though, you can check out the video from the gathering, below.

Ha ha ha OMG! The grand debut of Four Seasons Total Landscaping was AMAZING! Thank you to everyone who showed up! pic.twitter.com/2c5KQKQwgC