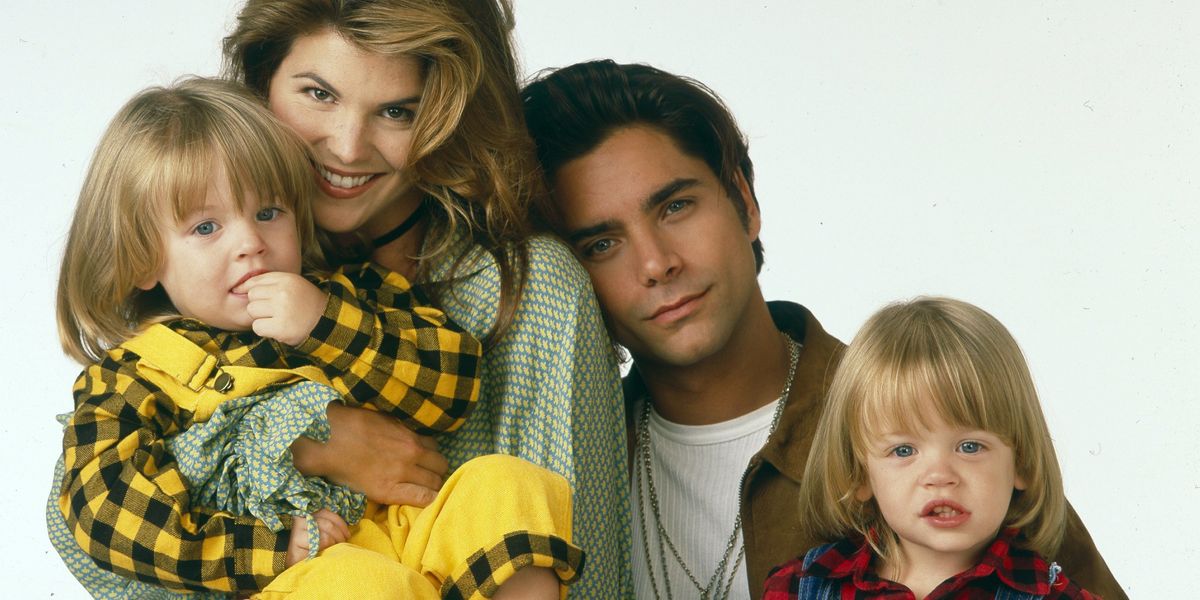 In the wake of this week's school cheating scandal, a dusty, now delicious episode from Full House has been unshelved, in which Lori Loughlin's character Aunt Becky and John Stamos' Uncle Jesse consider scamming their sons into an elite pre-school.

In the Seasons 6 episode "Be True to Your Pre-School," which aired in 1993, Becky and Jesse feel pressured to "fast track" Nicky and Alex into an upper-crust, elite pre-school after being parent-shamed by the father of their kids' playmates.

Later in life, Loughlin would defy her own character's good sense and take inspiration from Jesse, who goes rogue in order to make sure his boys are put on the "right track" without telling Becky. According to Full House's fandom Wiki: "Reflecting on his own questionable years as a student, Jesse will do absolutely anything to make that happen, even falsifying information on the application form in order to get the school to accept Nicky and Alex."

When Jesse tells Becky he "embellished" on the boys' application, she's outraged. "Embellished! How much?" she says, aghast. *chefs kiss*

In one scene, Jesse and Becky puzzle over the complex questions on the boys' application. As Jesse reads out a list of categories — "letter recognition, hand-eye coordination" — one of his sons makes baby noises with a bucket on his head. Perhaps Lori experienced the same sensation, as she poured over Olivia Jade's Common App essay prompt ("Describe an intellectual challenge, research query or ethical dilemma you've solved") while her baby influencer posed with Sephora's holiday collection.

During the boys' admission interview, however, Becky comes clean. The counselor is so impressed (?) by the lengths they went to ("It only shows you want what's best for your boys") that the school ends up accepting the boys. But afterwards, they decide to send their boys to public pre-school anyway: "Nicky and Alex are normal, healthy kids and whatever track they're on, they seem to be doing OK" says Becky confidently.

Ah, if only the neat moral logic of sitcoms applied in real life. You know, where someone gets this close to doing something unethical, illegal and insane — like paying hundreds of thousands of dollars bribe your daughter (who doesn't even want to go to college) into a middle-tier university under the pretenses she's on the crew team — but comes to their senses by around minute 25.