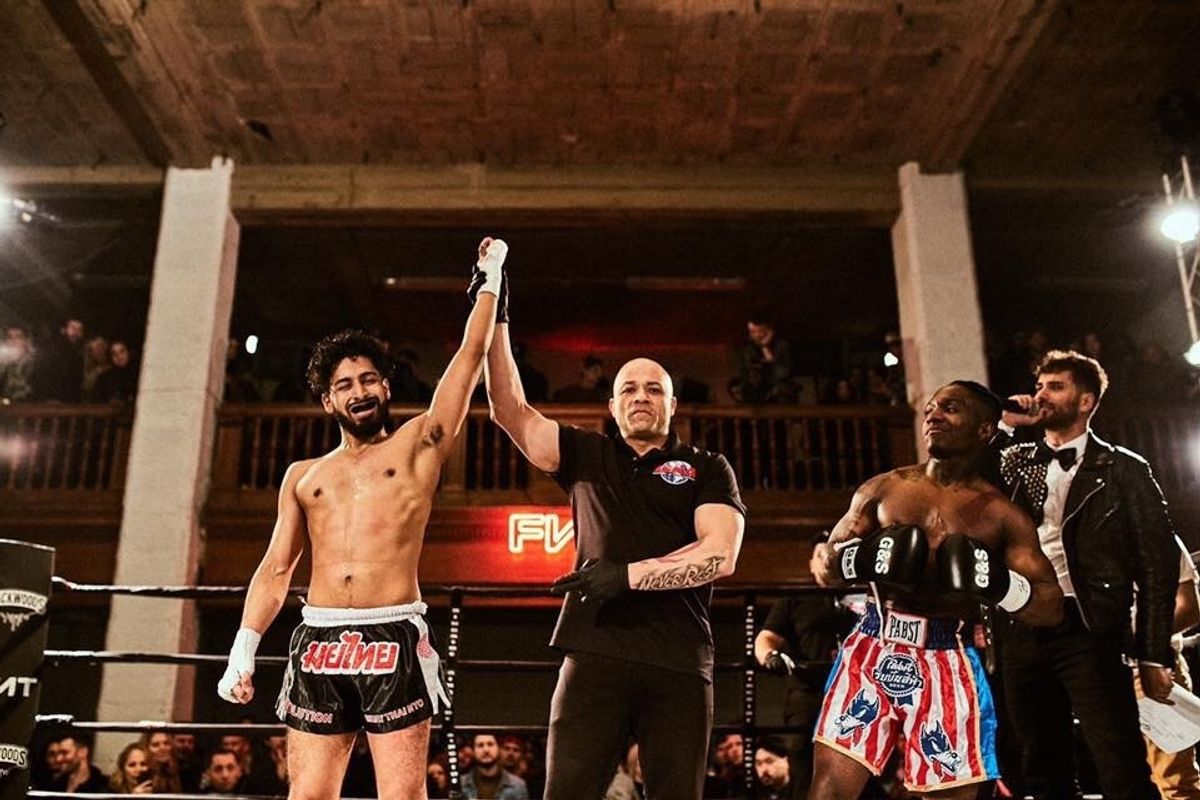 Models Took a Break From NYFW to Catch an Underground Fight

FNT — the underground fight series formerly known as Friday Night Throwdown and started by model and Master of Ceremonies Bekim Trenova — returned last night right in time for fashion week. After initially starting the series several years ago, Trenova more recently joined forces with the crew at MATTE Projects who has produced three previous iterations of the event.

Held in a raw space on Wall Street in what appeared to be a former bank or office building, the tagline "It's a party. It's a fight" on the invite said it all. In between bouts in which fighters faced off in the ring while Trenova, in a studded leather jacket, announced the match, there was music from a DJ and live sets by rapper Maliibu Miitch and a marching band squad.

There were hundreds of people gathered on the main floor watching the bouts and a few hundred more who had paid for VIP tickets and seating on a balcony level. Among the crowd were models like Binx, Lexi Boling and Richie Shazam taking a break from the shows and, in a city where nightlife today can increasingly feel homogenized, the room felt diverse, interesting, and full of the kind of fun people watching that makes going out in NYC special.

Take a look at pics from the evening, below.

Splash photo by Ray Neutron . All other photos by Ryan Kobane / BFA