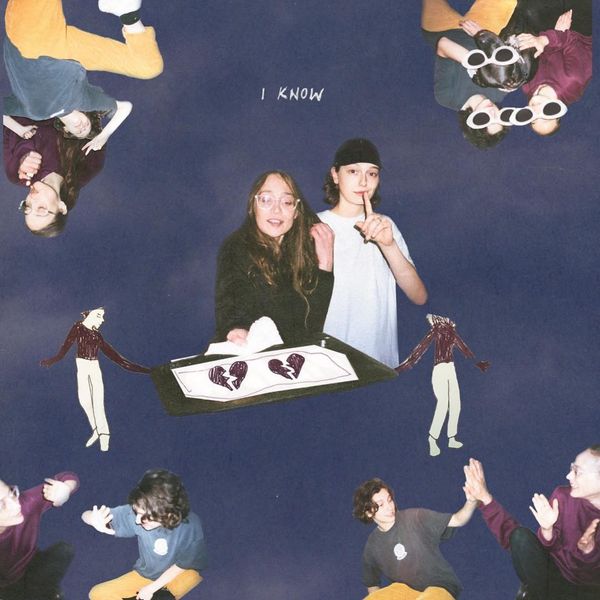 King Princess and Fiona Apple, a pair of queer icons separated by generations, have came together in an extremely auspicious music moment for a certain kind of fan.

Fiona Apple is of course, not to our knowledge, gay, but rather a proud member of hetero queer icon ranks. She's been anointed both for her explicit allyship (read the moving letter she wrote to a 16-year-old fan in 2000), and because her whole cohort of early aughts bloodied sad girl rockers, including the likes of Tori Amos and Liz Phair, and their archives of pain and misery have, to quote my colleague Michael Love Michael "assisted so many queer people on their journeys." As Amos once aptly stated: "I'm too raw for straight men. They are tortured by my shows."

King Princess teased the collab earlier this week with the caption "we're gonna serve u heartbreak," and another post featuring a collage two of them... literally serving up broken hearts on a cafeteria tray.

They're women of their words. King Princess stays largely faithful to the original (hey, don't fix what isn't broken), with just a touch more wavering and cracking in her ever-sultry pipes, as she slaughters us line-by-line with Apple's devastating lyrics: "You can use my skin/ To bury secrets in/ And I will settle you down." The slow, woozy titular repeat of "I know" brings us right back to 1999, and Apple comes in on a gloomy, harmony every now and then.

Apple is currently in her 40's while Princess just turned 20 — so here's hoping this collab introduces a legion of queer high school girls to Fiona Apple, right when they need her most and the less pop culturally sentient end of Fiona Apple's fanbase to Princess's life-affirming pop. Listen their version of "I Know" below, and do yourself a favor and revisit When the Pawn… as well as King Princess's debut EP Make My Bed. Happy Friday.