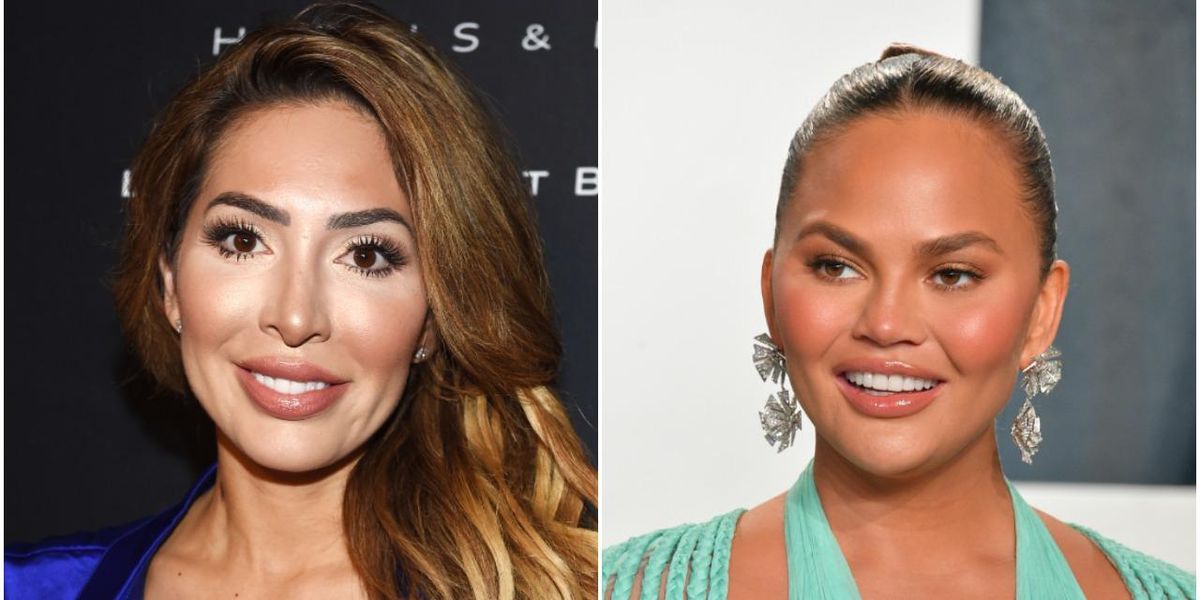 Farrah Abraham is taking aim at Chrissy Teigen amidst her bullying scandal.

On Friday, the reality star spoke to Fox News about her own experience being bullied by the model and cookbook author in a 2013 tweet that called her a "whore" that "everyone hates."

"When I initially saw Chrissy Teigen make these comments I could tell she was a desperate music video groupie and model," Abraham said. "[At the time] I just thought it was only with me and I ignored her because I don't behave like that. Now I see it's tons and tons of people. It really bothers me right now."

Abraham then went on to call Teigen an "unfit person in society" whose past cyberbullying of other celebrities — like her friend Courtney Stodden — flew under the radar for too long.

"She does not need to target young women or other people. I hope she gets mental help and therapy," she added. "I would definitely take out the alcohol. No woman should be treating other women like that."

Last month, the Cravings author came under fire for her hateful tweets toward Stodden, who revealed in a recent Daily Beast interview that they also received private DMs from her encouraging them to commit suicide. In response to the backlash, Teigen ended up apologizing to Stodden for being an "insecure, attention seeking troll," before claiming she'd "tried to connect with Courtney privately." Stodden, however, went on to share a screenshot showing that they were still blocked by Teigen on Twitter, though they still accepted her apology.

That said, according to Abraham, Teigen hasn't reached out to her with a similar apology. The model also has yet to respond to Abraham's interview.