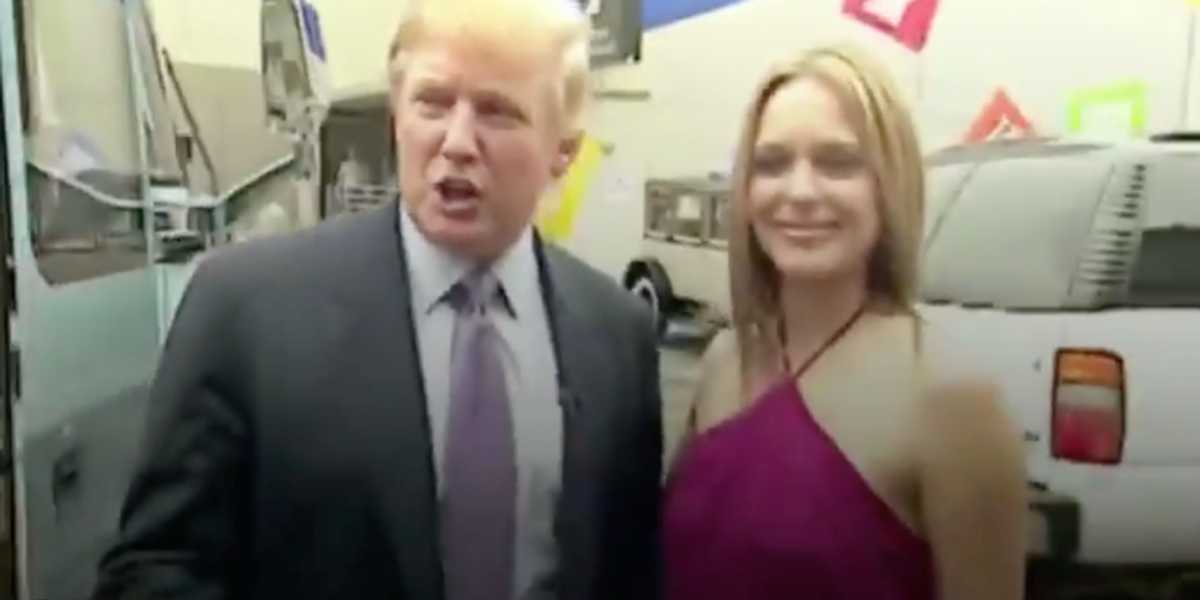 Donald Trump, real-estate buyer, reality-television personality, pussy-grabber and now, president, has taken it upon himself to profess his respect for women on International Women's Day. Ha! That's a thigh-slapper!

The Don asked on Twitter this morning that his audience join him "in honoring the critical role of women here in America & around the world" because he has "tremendous respect for women and the many roles they serve that are vital to the fabric of our society and our economy." Naturally Twitter, who never forgets, replied 'goodbye!'

On International Women's Day, join me in honoring the critical role of women here in America & around the world.
— Donald J. Trump (@realDonaldTrump) March 8, 2017

I have tremendous respect for women and the many roles they serve that are vital to the fabric of our society and our economy.
— Donald J. Trump (@realDonaldTrump) March 8, 2017

Novelist Matt Haig lead the charge and delightfully went in on our 45th president and roasted him on how he "respects" and "honors" women so much so that now The Don is likely just a blackened lump of shriveled jerky on the Oval Office floor.

@realDonaldTrump by separating mothers and children, not just at airports, but at the Mexican border: https://t.co/KvlVpJll6C
— Matt Haig (@matthaig1) March 8, 2017

@realDonaldTrump by doing a massive spineless U-turn on abortion just to keep the Evangelical Tea Party types on board your rickety train.
— Matt Haig (@matthaig1) March 8, 2017

Sheesh! It's almost as if The Don has never even met a women? But we all know he has.