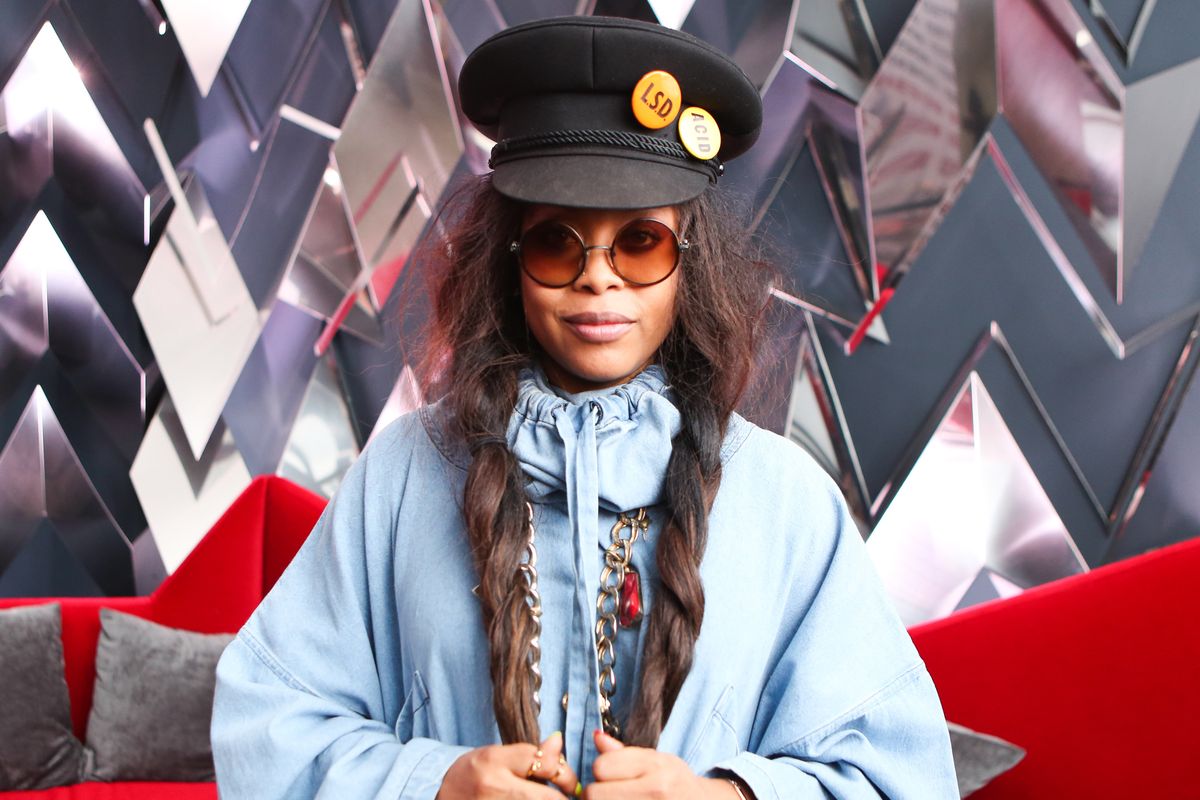 In a cultural moment where it seems like artists are cycled through the relevance machine at hyperspeed, neo-soul icon Erykah Badu manages to craft music that sounds evergreen. Today, she's back with a new untitled track tucked into the two-hour long "The Sound of Green" mix, which she created for London radio station NTS' Sound of Colour series. The mix, which she dedicated to the late jazz trumpeter Roy Hargrove, explores all things green, and aired alongside color-themed mixes from Mac DeMarco (pink), Croation Amor (red), Smerz (yellow) and Stephen O'Malley (grey) as a part the 10-hour radio takeover.

The new song is an aphoristic one, where Badu repeats the song's central conceit, "Money can't buy me love," in her signature languid soprano. As noted by Pitchfork, the NTS Sound of Colour series can be streamed online here and you can listen to Badu's track at the 1:05:04 mark.

The legendary songstress has been hovering in and out of the public eye recently, appearing sporadically in typical Badu fashion. We haven't heard an official release since 2015's But You Caint Use My Phone, but she's been performing and making appearances, like DJ'ing a cypher at the last BET Hip-Hop awards. Badu is gearing up to head on tour in December and February, as well as plans to star in the Adam Shankman-directed comedy, What Men Want.