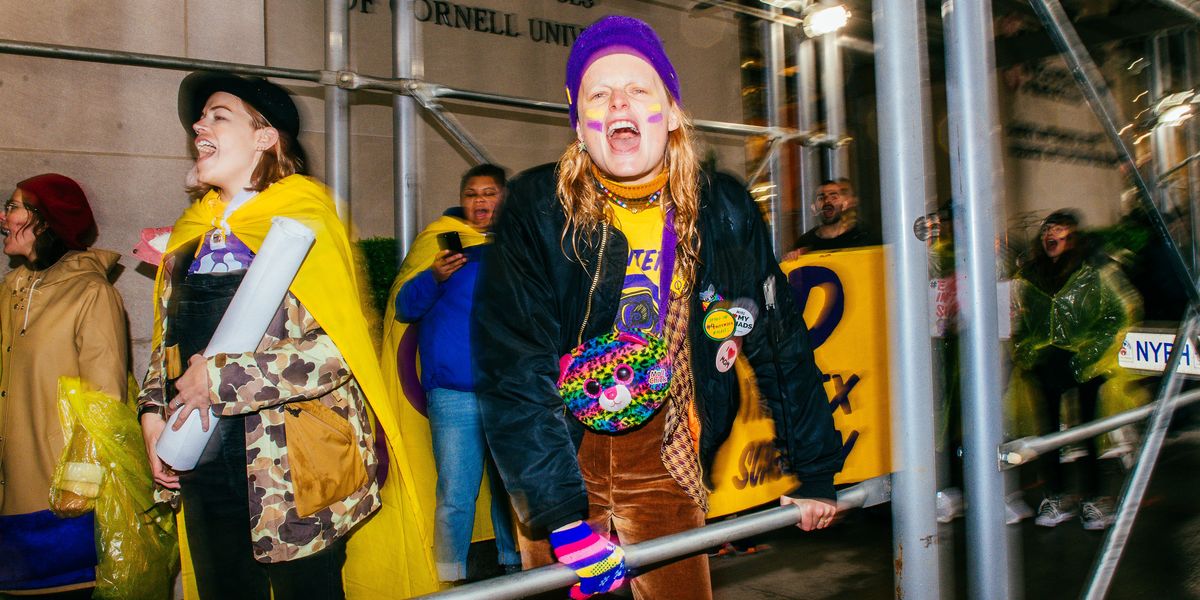 This Saturday, 150 intersex activists and their allies marched up York avenue to congregate outside New York Presbyterian Hospital/Weill Cornell Medical College, to demand an end to non-consensual surgery on intersex youth.

Hosted by direct action group Voices4 and the Intersex Justice Project (IJP), the protest followed Intersex Awareness day, as well as the resent surfacing of the Trump administration memo, which threatened trans and intersex rights.

The peaceful protest centered non-consensual intersex surgeries practiced by Weill Cornell, and in particular the employment of Dr. Dix Poppas, the Chief of Pediatric Urology, who has a history of performing genital cutting, or clitoral reduction surgeries on intersex children, and according to a press release, until recently using "post-operative 'sensory tests' on children by applying a vibrating device to their genitals" a procedure that has been condemned by bioethics group The Hastings Center.

Sean Saifa Wall, co-founder of IJP and an organizer was a victim of non-consensual surgery at Weill Cornell.

The activists demanded apologies from Weill Cornell to the intersex patients they've harmed, greater support for intersex-led patient advocacy, a ban on non-consensual intersex genital surgeries and hormone therapies, and disciplinary measures to be taken against Dr. Poppas.

Participants shared their experiences and motivations for marching in a press release:

"Gender and sex are racial constructs and liberating ourselves from their binaries and norms is about challenging white supremacy. Gender and sex self-determination is about the self-determination of all oppressed peoples to own our own bodies. What is happening in hospitals across this country to intersex people is horrific and unacceptable — it is part of a long legacy of racist eugenics and medical experimentation on people of color, and it must stop. Today!" - Alok Vaid-Menon

"Intersex people (who are born healthy) don't need to be fixed, we need to fix the Binary. What's not broken doesn't need to be fixed... By the time I was old enough to relive what was happening It was already too late I got surgeries all I got was shame" - Hanne Gaby Odiele

"I was castrated at New-York Presbyterian Hospital by Dr. Terry Hensle when I was 13 years old. As an institution, this Hospital has and continues to harbor practitioners that continue to advocate for intersex genital mutilation such as Dr. Hensle, Dr. Dix Poppas and Dr. Anke Ehrhardt, a protege of Dr. John Money — and it needs to end." - Sean Saifa Wall

"I'm here to support bodily autonomy, love and acceptance of all children born with intersex traits. Intersex advocates like myself will not rest until these harmful unnecessary medical interventions are stopped" - Kimberly Zieselman, Executive Director of interACT