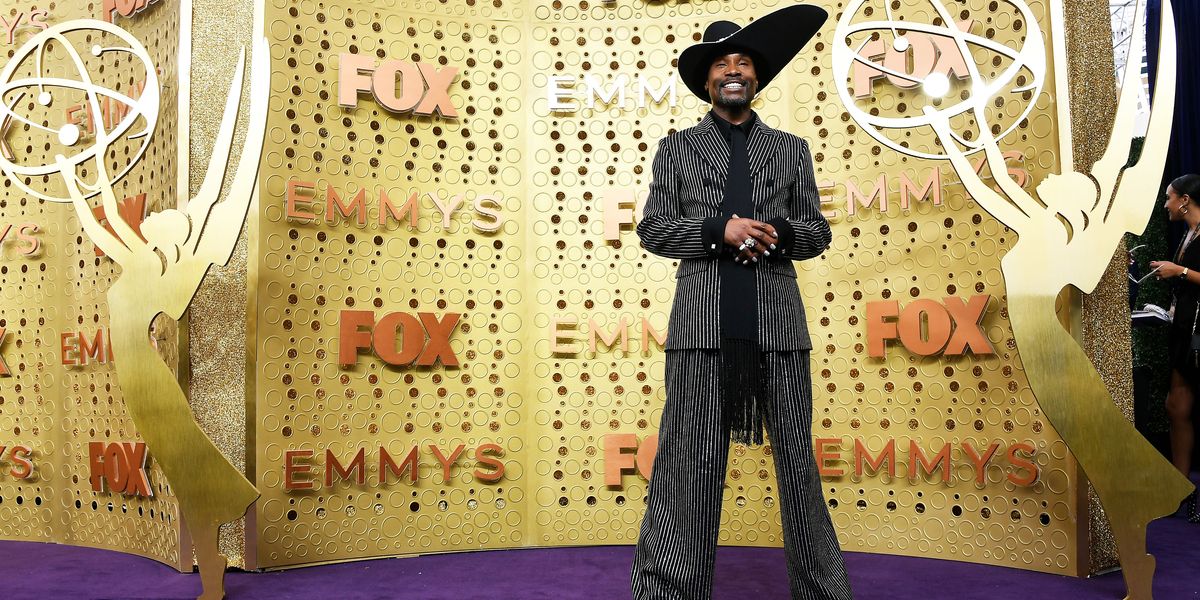 All the Looks From the 2019 Emmys Purple Carpet

Television's biggest stars have arrived on the 71st Primetime Emmy Awards purple carpet at the Microsoft Theater in Los Angeles. From reality TV personalities Kim Kardashian and Kristin Cavallari, to Game of Thrones' Sophie Turner and Maisie Williams — the stars have, as usual, dressed to impress.

This year's roster of outfits had eye-catching color combos — like the popular red and pink donned by Mandy Moore, Taraji P. Henson, and Marisa Tomei — dramatic draping work, grand silhouettes, striking details, and even what looks to be an homage to Christianity (*ehem* Gwendoline Christie). See all the looks in the gallery below.