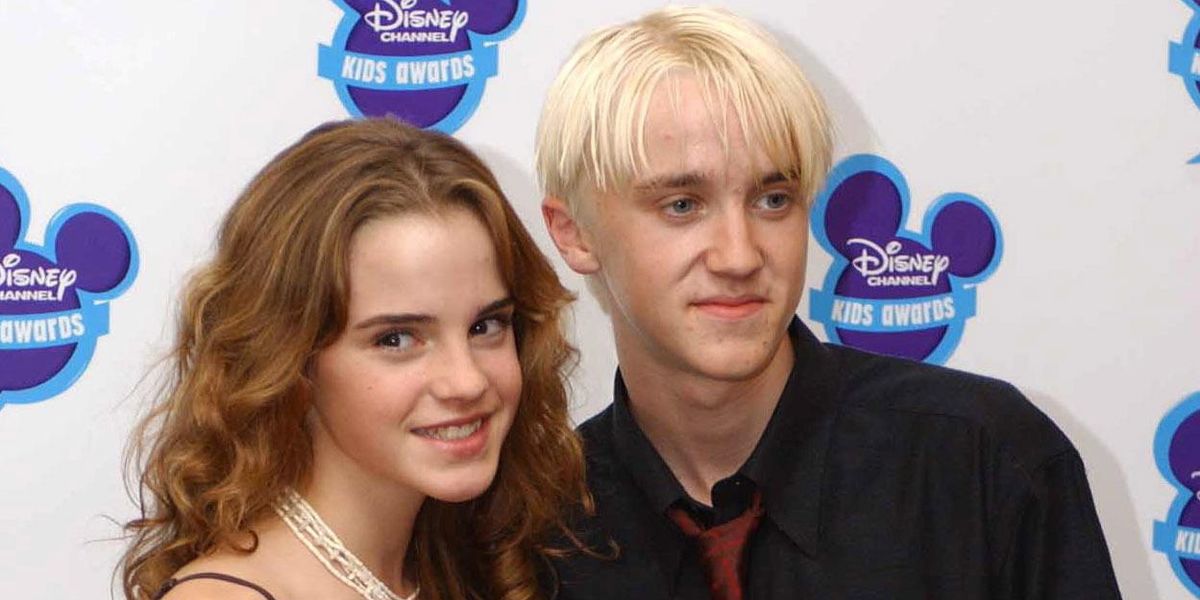 Of all the Harry Potter fanfic couples out there, Hermione and Draco (#Dramione) are the most twisted. A Griffyindor and a Slytherin? A mudblood and a pureblood? Harry's best friend and his worst enemy? Unthinkable, and JK Rowling would never allow it. But you can't deny that opposites attract, and eight years after Deathly Hallows Part 2 hit cinemas, it kind of looks like Emma Watson and Tom Felton are making shipper dreams come true.

While there's no official confirmation just yet, yesterday Felton posted a photo to Instagram of him teaching Watson how to play guitar — a very standard pick up move. Also, they're wearing pajamas and touching hands. It's intimate!

Felton followed this up immediately with another photo, of him sitting on the beach wearing a feminist slogan tank top. Emma Watson is known for her feminist activism, and according to the caption she took the pic. Additional info: the geotags say South Africa. Are they on a romantic overseas vacation together?

What we do know for certain is that Watson and Felton have been hanging out a bunch over the past year. Fans were thrilled when Emma posted a photo of her and Tom skateboarding together in November 2018; Felton included some cute footage of their meet up on his story, which was archived by fans on YouTube. They spent more time together in February of this year, with Watson posting a portrait of herself taken by Felton on her grid around that time, referring to him as a "friend."

Emma Watson famously had a crush on Felton while they were filming the Harry Potter movies in their teens, although he was apparently unaware at the time. Which makes all of this even more exciting. Are these two later contenders for celebrity couple of the summer?