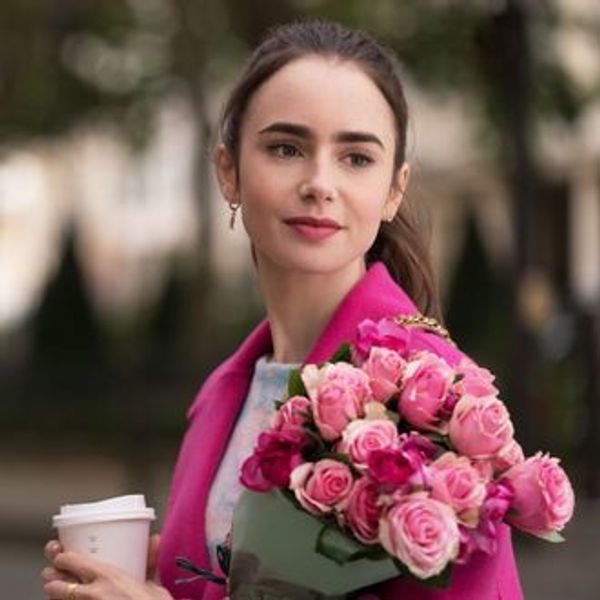 Whether you j'adored the show, or hate-binged because you simply couldn't look away, chances are you've seen every episode of the 2020 Netflix original Emily In Paris. So it should come as no surprise that last month's most talked about ringarde is staying on the Savoir payroll for a season deux.

Related | 'Emily in Paris' Memes Are Taking Over the Internet

Today, the Darren Star-produced show announced it was renewed for a second season via a fake in-character memo created by Emily Cooper's ever chic, ever critical Parisian boss Sylvie. "Despite her overconfident manner and lack of prior experience in luxury goods marketing, she has nonetheless managed to charm some of our hard-to-impress clients during her short time at Savoir," the note reads. "Call it Bonne chance, or American ingenuity — I'm leaning towards the former — her results are impressive. We love having Emily in Paris! But please don't let her know that."

The memo was accompanied by a short clip of the cast toasting the good news with champagne via Zoom. Still no word on how many episodes will air, but last we checked in with Emily, she had unknowingly placed herself in the middle of a love triangle so surely there will be plenty more drama to come.