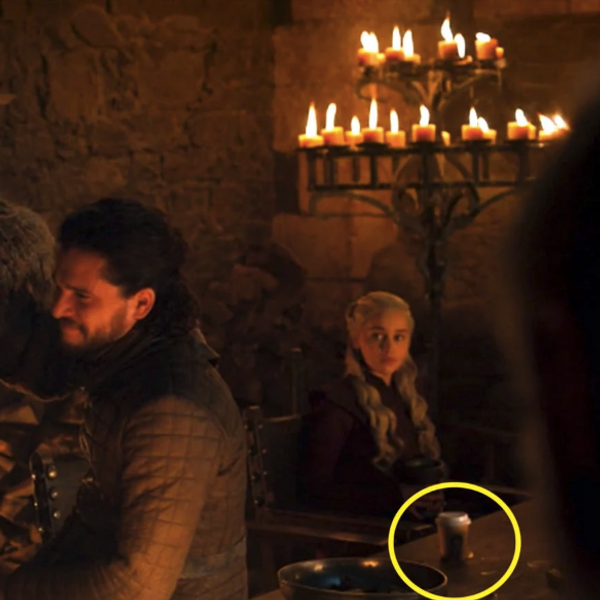 What feels like years ago — before Succession screengrabs clogged our feeds and we were happily complaining about the Game of Thrones finale — a lone Starbucks cup became legend.

In the fourth episode of GoT Season 6, some now-unemployed production assistant forgot to remove a Starbucks cup from a banquet table in the Winterfell set, giving the impression that Dany was loading up on cheap caffeine for the Big Battle.

The viral circulation of the above graphic caused mass speculation: a PA might've been blamed for not spotting the cup, but which cast-member was ultimately to blame for leaving it there in the first place?

Emilia Clarke has now broken her silence on the cup on The Tonight Show with Jimmy Fallon.

Previously, when Sophie Turner went on the show, Fallon inquired about the cup and she speculated that it belonged to Clarke — the obvious suspect, given it's sitting right in front of her in the scene.

Squashing these rumors, Clarke revealed that in fact Game of Throne's all-knowing Svengali eunuch Varys admitted to being the basic bitch behind the cup.

HBO has since digitally removed the coffee cup from the scene after it went viral, but cheers to Varys for one the most iconic TV/film mistakes since The Lion King's "sex" constellation.