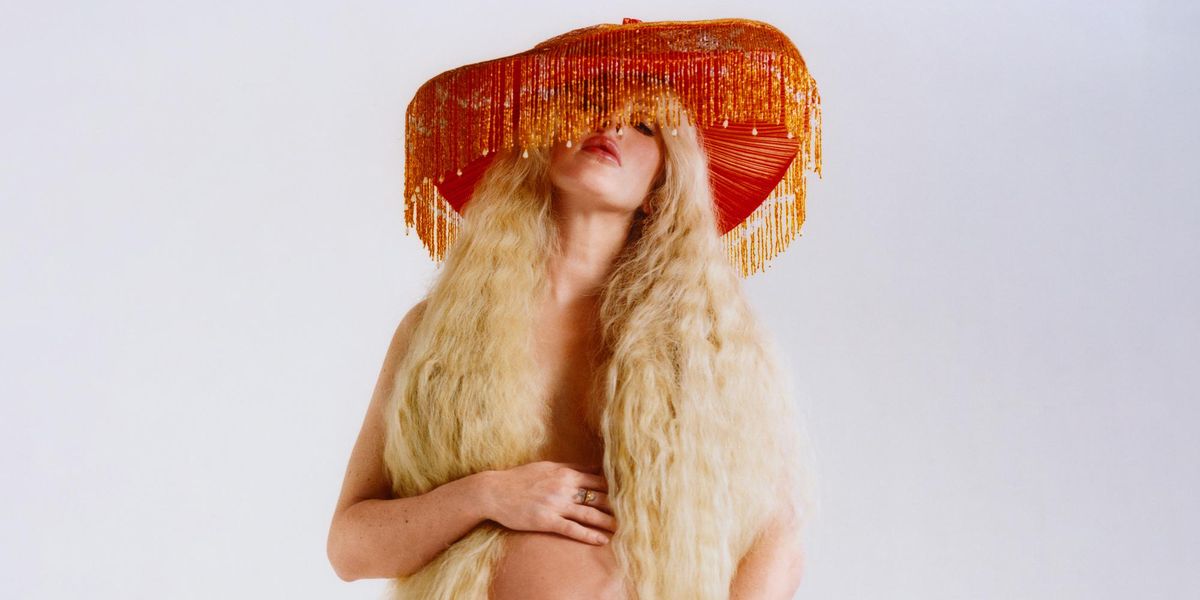 Ellie Goulding had never thought much about becoming a mother, but she hadn't exactly planned for a pandemic, either.

Like so many musical artists last year, the British electro-pop star found herself releasing an intensely personal, career-best body of work into a chaotic world devoid of the dance floors and gigs where it would best be enjoyed. So when she and husband Caspar Jopling discovered they were expecting their first child, the timing felt oddly right.

"All I wanted to do was go on tour with it," she says of last summer's Brightest Blue, undeniably glowing even over Zoom. "And you know what? If I had gone on tour with the album, chances are, I would not be pregnant right now. I mean, I'm just going to be honest — they really don't go together. And obviously certain things need to occur to become pregnant."

It's certainly a contrast from what might have been. While touring previous records, she'd had excessive time to herself, growing used to her own company and actively enjoying her independence. "There is a sense that you are on your own," she recalls. "And I'm not afraid of that feeling." To think that she may never be truly alone ever again? "It's pretty crazy, the whole thing."

So convinced was Goulding that motherhood was at odds with her public image that she found the lockdown to be something of a relief. Not having to explain anything to people. Up until the end of February, she was able to keep her growing bump completely under wraps, isolating with Jopling in their country home and buying a dog to get into practice for the impending potty training.

Avoiding the tabloids didn't hurt, either. "It's one of the things I knew would be picked up on, especially in the UK," she says. "We have this horrendous culture of wanting to know other people's business, we just grew up in this culture of gossip and wanting to know everything about people. And I think I think generally, for the most part, people have good intentions and good hearts. But actually there is this kind of mad addiction to knowing what's going on in people's lives and wanting to pick faults, and certainly in the UK it's something that needs curbing a bit."

Goulding has always been someone to put her career and artistry above all else, to an admirable and obviously extremely successful extent. She's watched friends fall pregnant over the years and, while doting on their cute kids, been completely unable to picture herself in the same position. "I just never thought of myself as that womanly," she says. "I guess I have this kind of facade — or, I tried to be this archetypal, like, pop star. None of my friends ever expected me to have kids, basically. And I understand why they wouldn't have."

Happily, she's found an easy balance between music career and home life — or perhaps she just makes it seem so — and has even been recording and releasing new tracks while pregnant, including Silk City's effortlessly catchy and joyful "New Love" from January. While laying down the effervescent vocals, she says she wistfully dreamed of being back in LA someday.

Brand new music is tentatively scheduled for later this year, and while that's not quite as exciting as bringing new life into the world, Goulding's stoked for fans to hear it nonetheless. She visibly brightens when talking about what a new album will sound like. While the songs on Brightest Blue felt emotional and introspective, this will be a return to lose-yourself-on-the-dance pop, and she's obsessed with getting the production right.

"I just like experimenting, and it's been really, really fun," Goulding says. "My voice really is always a defining thing, because it can't not be. But [pop production] really is like an art, and you go through so many processes to get the perfect pop song, and it's such a great feeling when you really feel like you've nailed it, you know?"

It's refreshing to talk about impending motherhood with a celebrity who is upfront about her insecurities and even ambivalences around the term. She promises her Instagram isn't going to fill up with baby pictures ("There'll be no, like, mom blog") after the birth. She's dying to finish her new record. She's excited to go back to finishing studio sessions with a cheeky celebratory drink. She's worried that living in Gloucestershire "isn't very rock and roll."

But she's having this baby, and you can do that now, as a pop star, while retaining your career. And the pandemic is going to end, and we're all going to end up back in a club someday, one way or another. And when that happens, there'll be new music as well as a new family member. "I can't, can't, can't wait to be out," she smiles. "It's been too long."