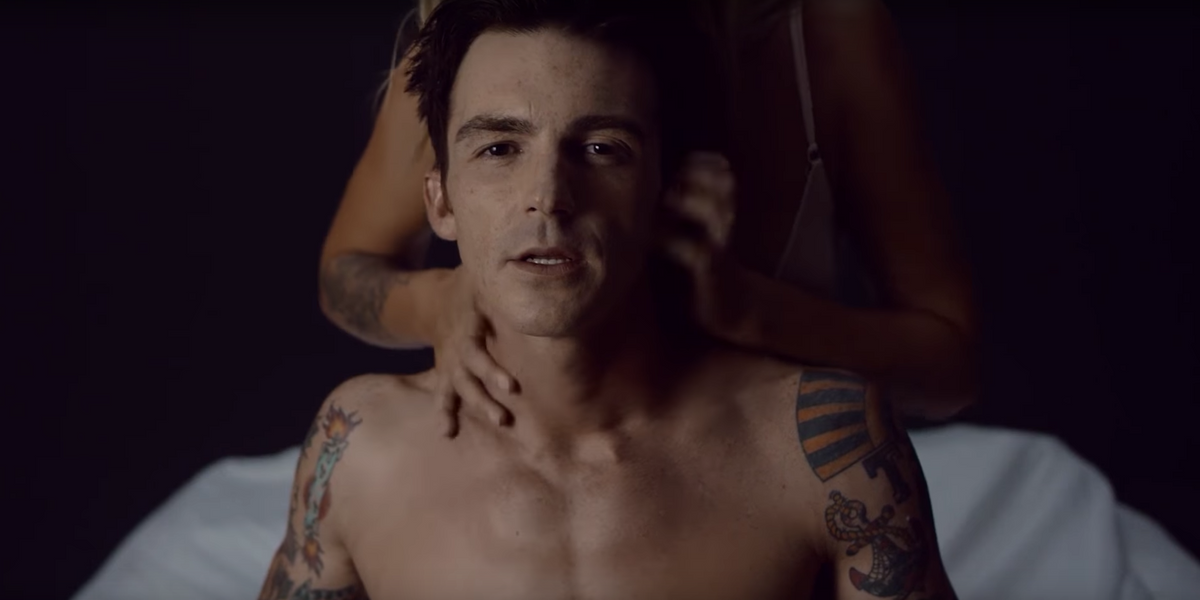 If you're in the market for some stimulating content with a hint of childhood nostalgia, look no further than Drake Bell.

You might remember Bell as "Drake" on Drake & Josh, the hit Nickelodeon sitcom about two step brothers who "couldn't be more different." After an 11-year hiatus, time which Bell apparently spent working out, the child star has returned as a sexy rock star of some sort.

People has now published photos of Bell in no clothes at all to promote his new tour Stripped. To clarify, as far as we know Bell is not a stripper, he just acts like one.

Here are some other things we have learned about the new Drake Bell.

He knows how to treat a lady right, and re-appropriates Fifty Shades Freed slogans:

He wouldn't look amiss playing golf with your grandpa.

Drake Bell on Instagram: “Courtside for the Celtics before the show tonight!!!”

He know his angles.

He can appreciate a good turtleneck, which feels off-brand.

He loves his body.

Drake Bell on Instagram: “Had an awesome show and met some awesome fans!!”

Drake Bell on Instagram: “Getting ready for the show!!”

Like us all, he never says no to a nice disintegrating shirt.

Drake Bell on Instagram: “On the road for some POP UP SHOWS!! Am I comin to your area?!! Photo credit: @devinography”

He knows how to rock. Especially in white denim.

He once hired, or stood next to, a private plane.

Drake Bell on Instagram: “On my way to the Canelo vs. GGG fight!!!”

Music is his journal. It's a way to express himself and convey his emotions and thoughts to the world through melody and song.