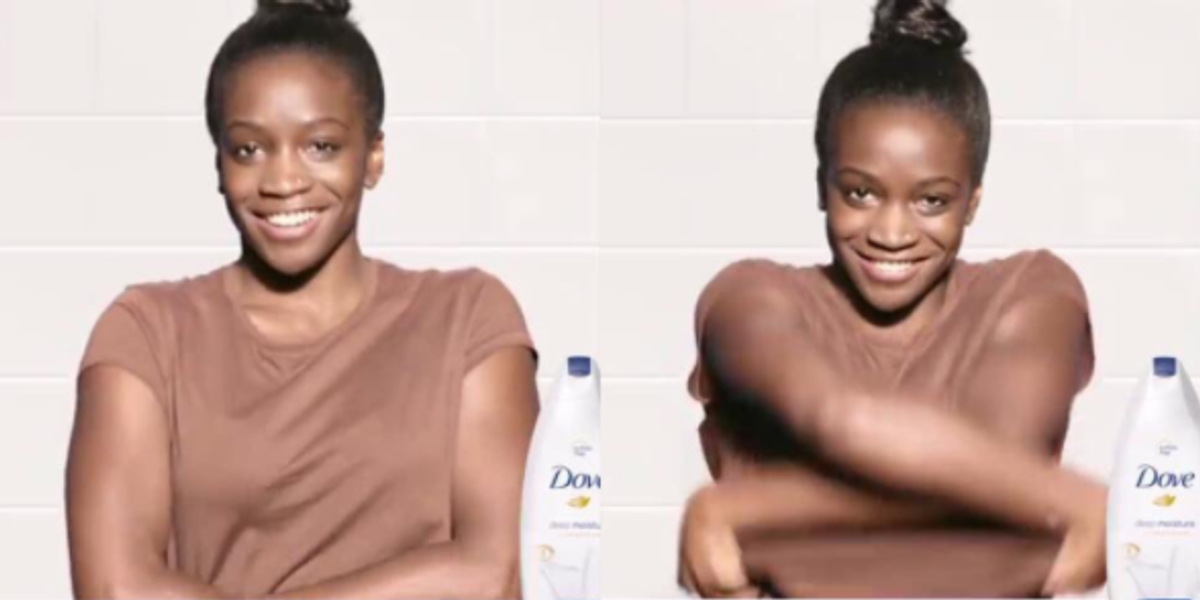 Dove issued an apology today for a soap ad that social media users skewered for its blatant racial insensitivity. The ad was a compilation of four images that showed a black woman appearing to turn herself white after using Dove soap:

The ad drew immediate ire for it's racist undertones.

zero excuse for this racist ad, Dove. a child could have told you it's racist. just inexcusable. https://t.co/mlKOsoResi
— Hend Amry (@LibyaLiberty) October 8, 2017

In fact, Dove is just following in the footsteps of past soap companies who use white supremacy to promote their products pic.twitter.com/YI2KVxYlIY
— Black Girl Culture (@blkgirlculture) October 8, 2017

Dove apologized, saying they "missed the mark," though what mark they were aiming for in the first place is not entirely clear:

An image we recently posted on Facebook missed the mark in representing women of color thoughtfully. We deeply regret the offense it caused.
— Dove (@Dove) October 7, 2017

This is not the first time Dove has had to pull a racist ad. A 2011 ad by the beauty company with a similar message caused backlash. It's almost like they haven't learned.