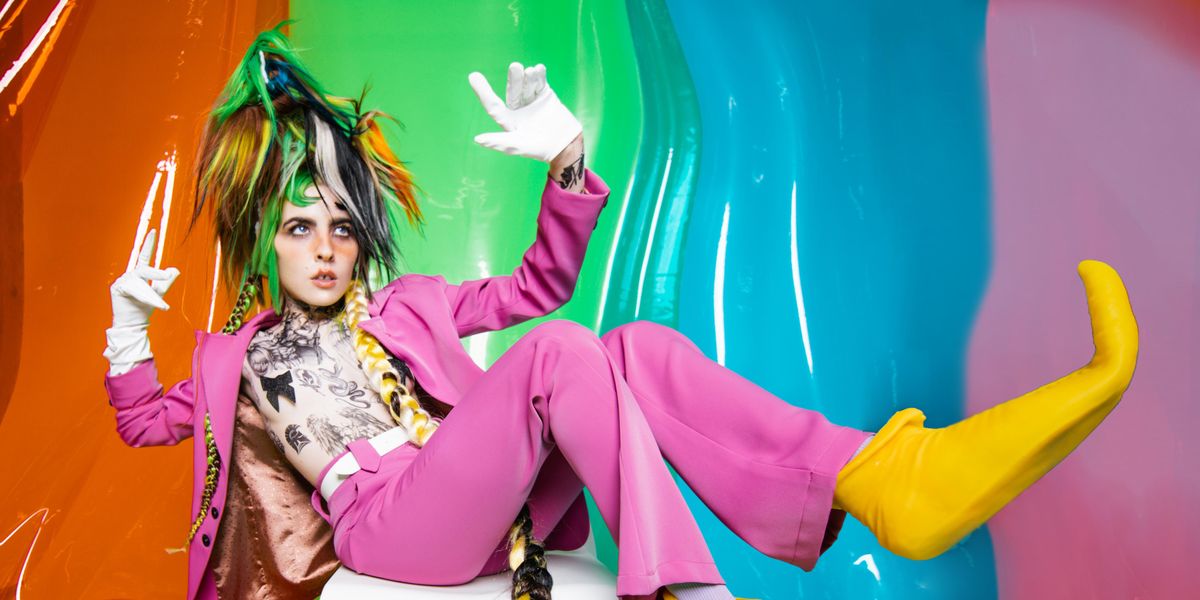 Dorian Electra Adds a Few More Items to Their 'Agenda'

Dorian Electra's My Agenda is one of last year's standouts. A skillful, scathing troll of toxic masculinity and a riotous celebration of queer identity, the sophomore album brought together a cast of musical troublemakers to cause all sorts of hyperpop mayhem along the way. But in case you were feening for more, Electra is back with a new deluxe edition of My Agenda packed with more friends, remixes, b-sides and never heard before tracks.

Set to drop November 5th, the deluxe edition includes remixes from Anamanaguchi, S3RL, d0llywood1, Alice Glass, Johann Sebastian Bach and ElyOtto, with additional features from Danny Brown, Kero Kero Bonito, The Joker and more. Adding a whopping 12 additional tracks to My Agenda's original 11, the newly expanded version will also have a few new tracks such as "Crusader" and "Strapping Young Lads," as well as the Sega Bodega-produced "1 Pill 2 Pill," which first appeared on Mutants Mixtape Vol.4.

Giving a taste of what to expect, Electra has shared a new remix from S3RL of "M'Lady" with additional vocals from Kero Kero Bonito. The Australian hardcore DJ brings some high energy DanceDance Revolution vibes to the track using bright ravey synths and a heart-pumping beat.

In addition to revealing the deluxe edition of My Agenda, Electra has also announced a new world tour kicking off in 2022. Tickets are set to go on sale starting August 11th. Check out the dates and forthcoming album's full tracklist, below.

1.F the World (feat. The Garden, Quay Dash and d0llywood1)

22. Give Great Thanks (Count Baldor Edit)