Days before celebrities serve their best Camp-themed looks at the 2019 Met Gala, music's most "flaming, flammable guy" Dorian Electra hosted a launch party for their new single, "Flamboyant." The Friday event in Los Angeles was sponsored by Electric Sky Wine and held at Vocal Warehouse, where everyone from hitmaker Bonnie Mckee to producer ABSRDST and performer Mood Killer came out to celebrate.

The space was designed to resemble the different rooms in Electra's "Flamboyant" music video, inviting their guests to recreate the over-the-top moments for themselves. One was covered in dramatic red roses, champagne and a faux fireplace, and another had shimmering cream curtains, gold crowns and decadent candelabras. 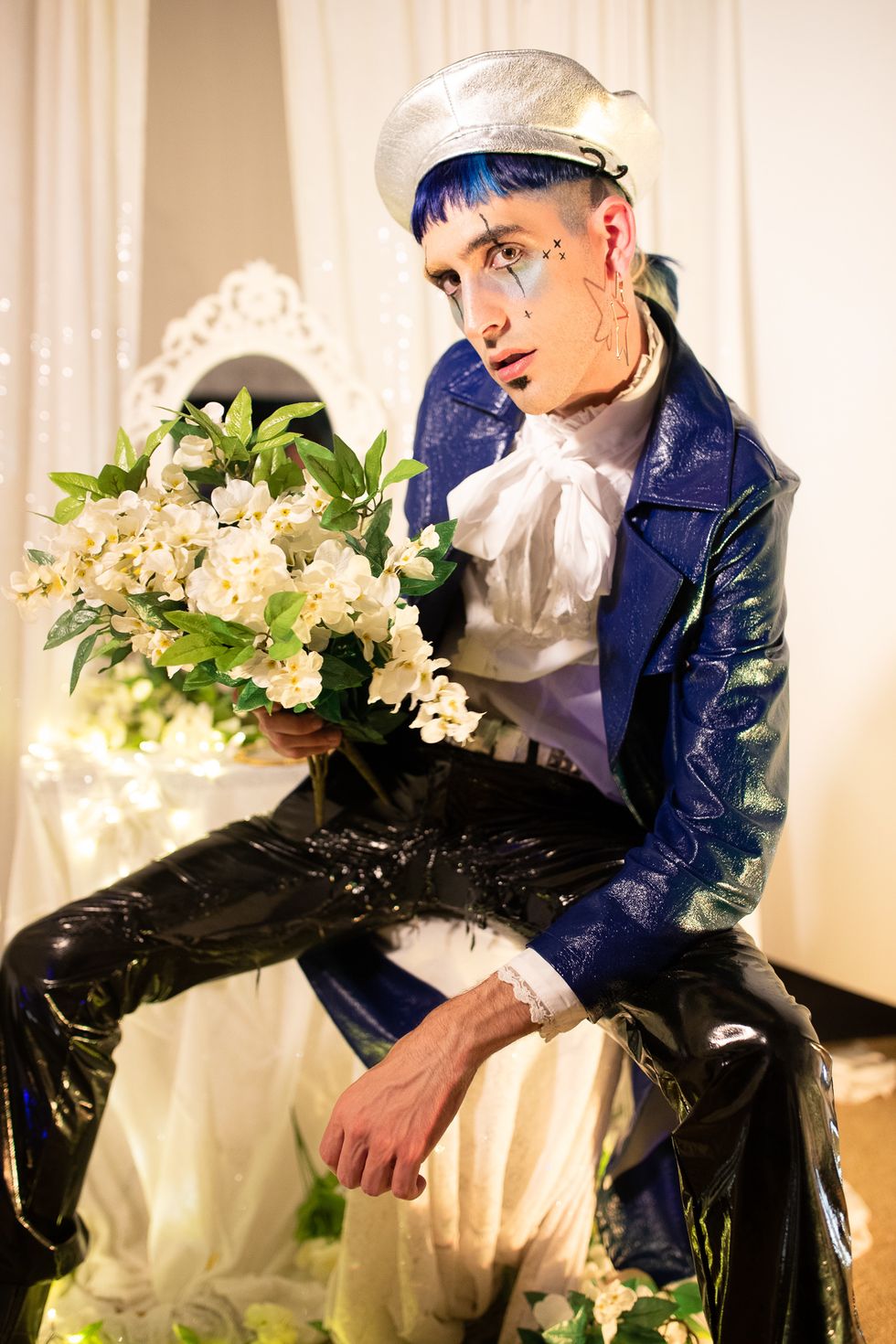 "Historically, the word 'flamboyant' has been used as a derisive term to describe over-the-top queer expression," Electra says of their new single. "I wanted to reclaim this word in a proud and unapologetic way, while at the same time poking fun at the need for masculine egos to be the center of attention at all times. Through satire in the video and track, I aim to take down this self-centered-bravado, while also encouraging a healthy level of confidence and self-love within one's gender expression."

At the release party, Electra performed "Flamboyant" live, as well as their workaholic anthem "Career Boy," complete with two backup dancers and full choreo. Having recently spent a weekend in Las Vegas creating tons of new music for their new album, including the crowd-sourced single "2 Fast," Electra is sure to pack the next few months with fresh, unapologetically queer material.

Dorian Electra and Friends Made a New Bop with Fans