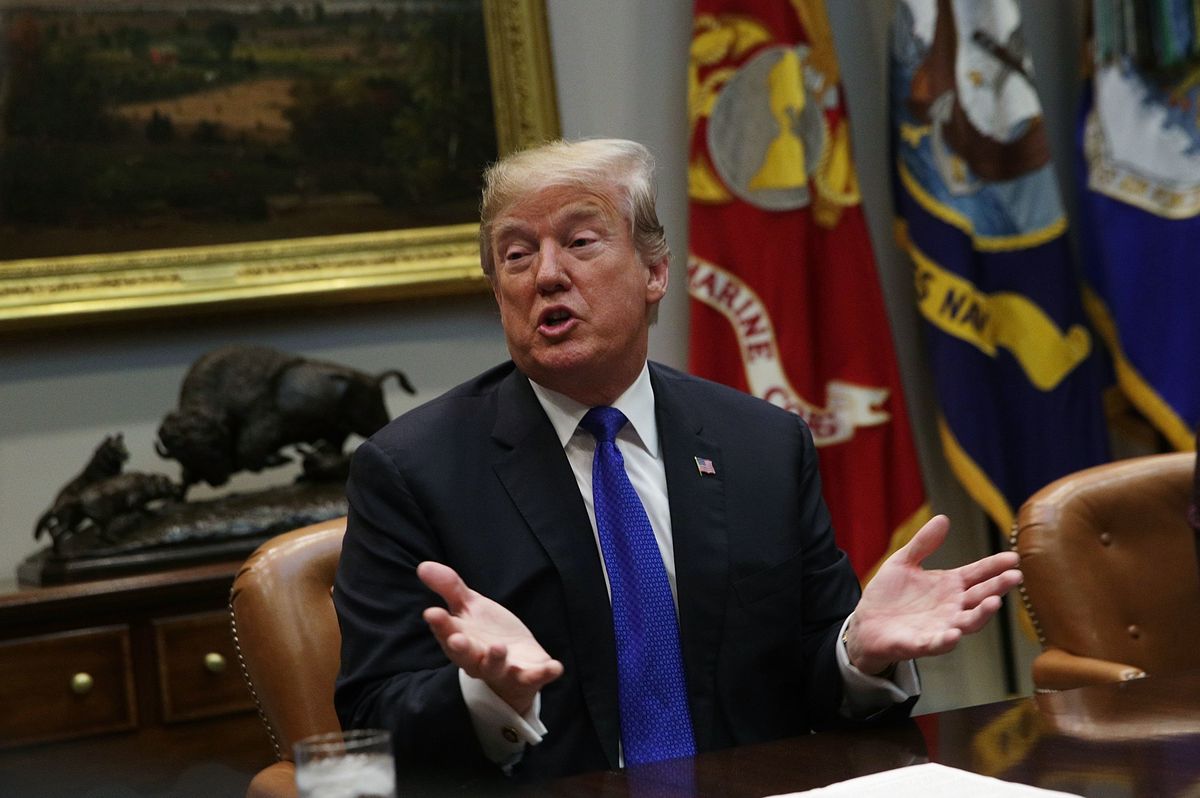 You may have heard that our president is a "very stable genius." Some people, even "experts," are questioning the validity of this statement, given that it's not totally in line with all prior and available evidence up to this point, talking 'bout, "That's not the kind of thing stable geniuses say." Um, nice try sweetie, but I think since Trump is, "like, really smart," he would be the expert on this one.

....Actually, throughout my life, my two greatest assets have been mental stability and being, like, really smart. Crooked Hillary Clinton also played these cards very hard and, as everyone knows, went down in flames. I went from VERY successful businessman, to top T.V. Star.....
— Donald J. Trump (@realDonaldTrump) January 6, 2018

....to President of the United States (on my first try). I think that would qualify as not smart, but genius....and a very stable genius at that!
— Donald J. Trump (@realDonaldTrump) January 6, 2018

For reference, here are some other common phrases stable geniuses are known to utter:


10. It's freezing and snowing in New York — we need global warming!

9. But is this chicken or fish that I'm eating?

8. 26,000 unreported sexual assaults in the military — only 238 convictions. What did these geniuses expect when they put men and women together?

7. I definitely know how to read, I just choose not to. What can you learn from a book?


6. I'm also honored to have the greatest temperament that anybody has.

3. There are some very fair, very decent neo-Nazis if you just get to know them.

2. My IQ is one of the highest — and you all know it! Please don't feel so stupid or insecure; it's not your fault.